Here is part 2 of the Badass Women of Science list. 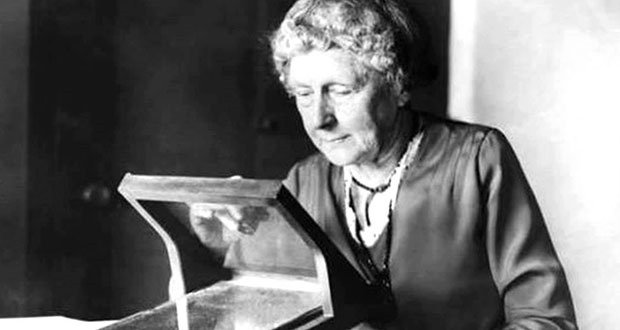 Annie Jump Cannon (December 11, 1863 – April 13, 1941) was an American astronomer whose cataloging work was instrumental in the development of contemporary stellar classification. With Edward C. Pickering, she is credited with the creation of the Harvard Classification Scheme, which was the first serious attempt to organize and classify stars based on their temperatures.

She classified more than 225,000 stars, and her work was published in the Henry Draper Catalogue over the course of nine volumes between 1881 and 1924. In 1911, Cannon became the curator of astronomical photographs at Harvard Observatory. She worked at astounding efficiency and was able to classify up to three stars a minute. In the 1920s, Cannon cataloged several hundred thousand stars to the 11th magnitude. She discovered 300 variable stars, in addition to 5 novae, a class of exploding stars. She was also a member of the Harvard Computers. 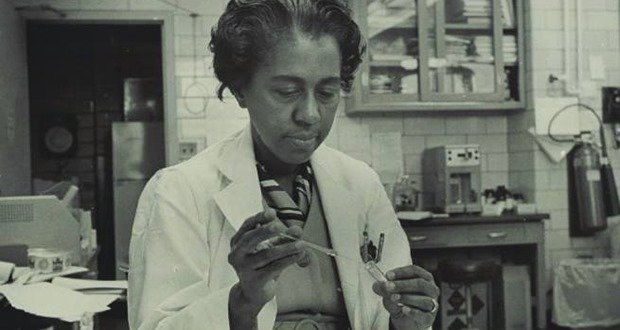 Marie M. Daly was born on April 16, 1921, in Queens, New York. She was raised in an education-oriented family, and Daly quickly received her B.S. and M.S. in chemistry at Queens College and New York University. After completing her Ph.D. at Columbia—and becoming the first African-American woman to obtain a Ph.D. in chemistry in the United States— Daly worked closely with Dr. Quentin B. Deming on the causes of heart attacks. Their groundbreaking work, which was later relocated to the Albert Einstein College of Medicine at Yeshiva University in New York, disclosed the relationship between high cholesterol and clogged arteries. That work opened up a new understanding of how foods and diet can affect the health of the heart and the circulatory system.

In addition to her research work at Einstein, Daly also taught biochemistry courses. Recognizing the importance of her own career path, Daly championed efforts to get students of color enrolled in medical schools and graduate science programs. In 1988 she started a scholarship, in honor of her father, for minority students who want to study science at Queens College. 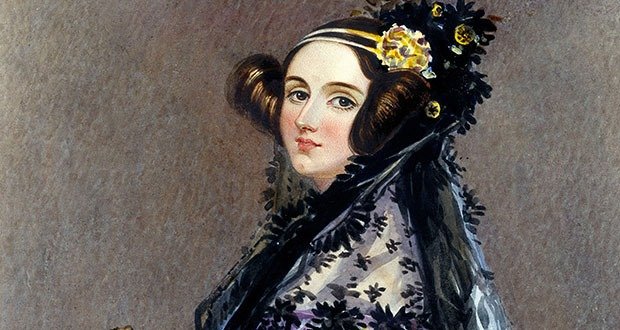 The daughter of famed poet Lord Byron, Augusta Ada Byron, Countess of Lovelace—better known as “Ada Lovelace” (10 December 1815 – 27 November 1852) was an English mathematician and writer, chiefly known for her work on Charles Babbage’s early mechanical general-purpose computer, the Analytical Engine. Her notes on the engine include what is recognized as the first algorithm intended to be carried out by a machine.

In her notes, Ada described how codes could be created for the device to handle letters and symbols along with numbers. She also theorized a method for the engine to repeat a series of instructions, a process known as looping that computer programs use today. Ada also offered up other forward-thinking concepts in the article. For her work, Ada is often considered to be the first computer programmer. 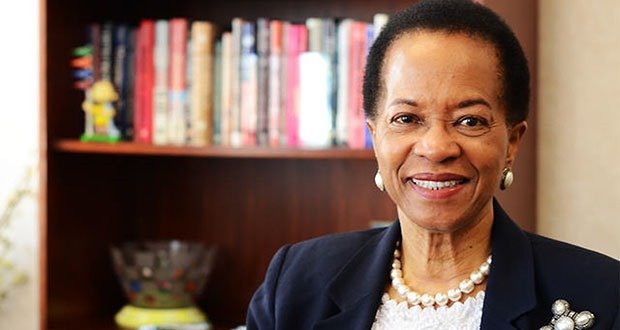 Reatha Clark King (born April 11, 1938) is an African-American chemist, the former Vice President of the General Mills Corporation; and the former President, Executive Director, and Chairman of the Board of Trustees of the General Mills Foundation, the philanthropic foundation of General Mills, Inc. King was employed for five years as a Research Chemist for the National Bureau of Standards in Washington, D.C. She was the first African-American female chemist to work at the agency. Her work there involved measuring the accurate heats of formation of gaseous fluorine compounds, and she received a Meritorious Publication Award for her paper on fluoride flame calorimetry. 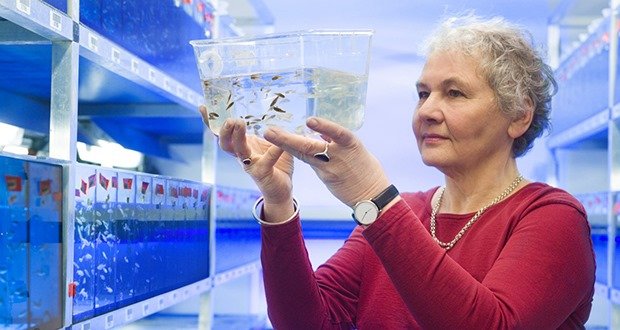 hristiane Nüsslein-Volhard (born October 20, 1942) is a German biologist. She won the Nobel Prize in Physiology or Medicine in 1995 for her research on the genetic control of embryonic development which she shared with both Eric Wieschaus and Edward B. Lewis. Christiane Nüsslein-Volhard and Eric Wieschaus studied the development of fruit flies and, around 1980, succeeded in identifying and classifying the 15 genes that direct the cells to form a new fly. 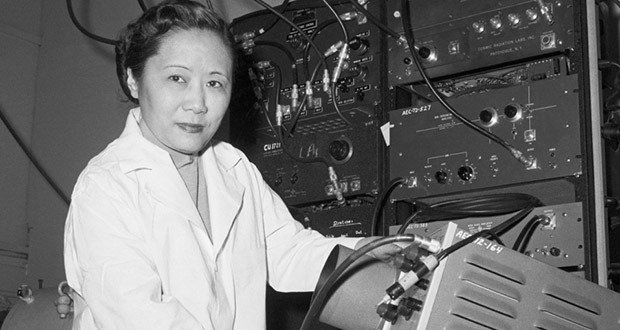 Chien-Shiung Wu (May 31, 1912 – February 16, 1997) was a Chinese-American experimental physicist who made significant contributions in the field of nuclear physics. She has been dubbed “the First Lady of Physics,” “the Chinese Madame Curie,” and the “Queen of Nuclear Research.” Wu worked on the Manhattan Project, where she helped develop the process for separating uranium metal into uranium-235 and uranium-238 isotopes by gaseous diffusion. She is best known for conducting the Wu experiment, which contradicted the hypothetical law of conservation of parity. This discovery resulted in her colleagues Tsung-Dao Lee and Chen-Ning Yang winning the 1957 Nobel Prize in physics. During her career, she earned many accolades including the Comstock Prize in Physics (1964), the Bonner Prize (1975), the National Medal of Science (1975), and the Wolf Prize in Physics (inaugural award, 1978). Her book Beta Decay (1965) is still a standard reference for nuclear physicists. 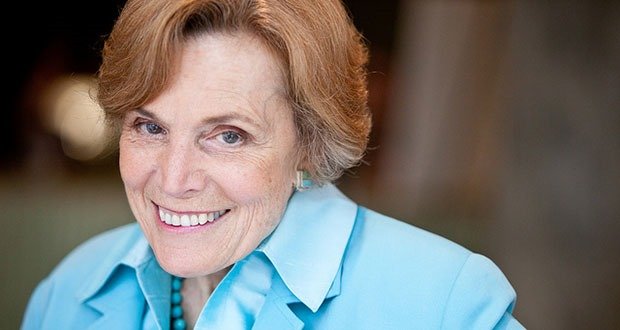 Sylvia Alice Earle (born August 30, 1935) is an American marine biologist, explorer, author, and lecturer. She has been a National Geographic explorer-in-residence since 1998. Earle was the first female chief scientist of the U.S. National Oceanic and Atmospheric Administration, and was named by Time Magazine as its first Hero for the Planet in 1998. Her books and documentaries have raised awareness of the threats that overfishing and pollution pose to the world’s oceans. She is a pioneer in the use of modern self-contained underwater breathing apparatus (SCUBA) gear and the development of deep-sea submersibles. She also once held the world record for the deepest untethered dive. 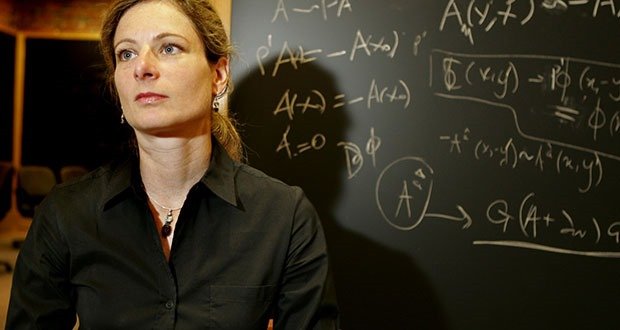 Lisa Randall (born June 18, 1962) is an American theoretical physicist and an expert on particle physics and cosmology. She is the Frank B. Baird, Jr. Professor of Science on the physics faculty of Harvard University. Her research connects theoretical insights to puzzles in our current understanding of the properties and interactions of matter. She has developed and studied a wide variety of models to address these questions, the most prominent involving extra dimensions of space. Her work has involved improving our understanding of the Standard Model of particle physics, supersymmetry, baryogenesis, cosmological inflation, and dark matter. Randall’s research also explores ways to experimentally test and verify ideas and her current research focuses in large part on the Large Hadron Collider and dark matter searches and models.

Randall’s studies have made her among the most cited and influential theoretical physicists and she has received numerous awards and honors for her scientific endeavors. 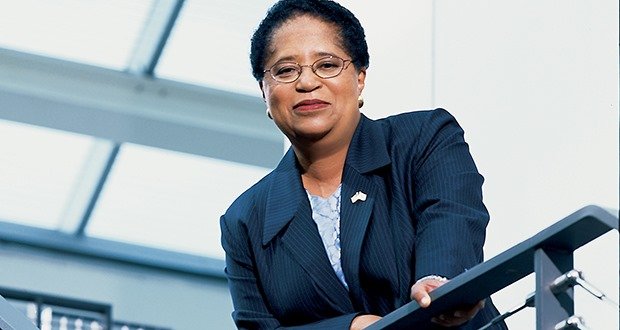 Dr. Shirley Ann Jackson, a theoretical physicist and famous black inventor, has been credited with making many advances in science. She first developed an interest in science and mathematics during her childhood and conducted experiments and studies, such as those on the eating habits of honeybees. She followed this interest to the Massachusetts Institute of Technology (MIT) where she received a bachelor, and doctoral degree, all in the field of physics. In doing so she became the first African-American woman to earn a Ph.D. from MIT.

Currently, Jackson is the president of Rensselaer Polytechnic Institute, the oldest technological research university in the United States, and recently ranked by U.S. News and World Report as one of the nation’s top 50 universities. The mission of Rensselaer since its founding in 1824 has been to “apply science to the common purposes of life.” Dr. Jackson’s goal for Rensselaer is “to achieve prominence in the 21st century as a top-tier world-class technological research university, with global reach and global impact.” 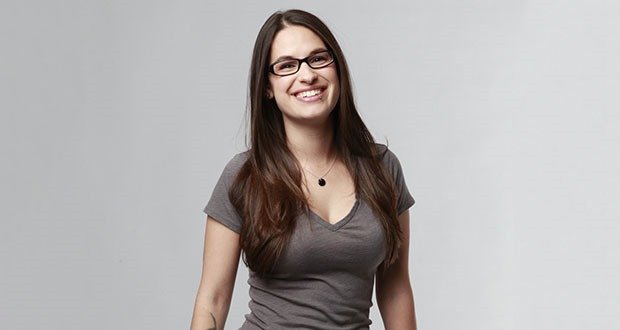 Santa Maria wrote her first blog for The Huffington Post in March 2010 before joining the publication as its founding science correspondent and a host of the Talk Nerdy to Me web series from October 2011 until April 2013. She also co-hosted Take Part Live with Jacob Soboroff on Pivot TV from August 1, 2013, until April 17, 2014. She officially joined the online political and social commentary program The Young Turks as an occasional panelist in May 2013.

She currently hosts her podcast Talk Nerdy and co-hosts The Skeptics’ Guide to the Universe podcast and was a co-host of TechKnow on Al Jazeera America.

11 Richest Drug Dealers of All Time