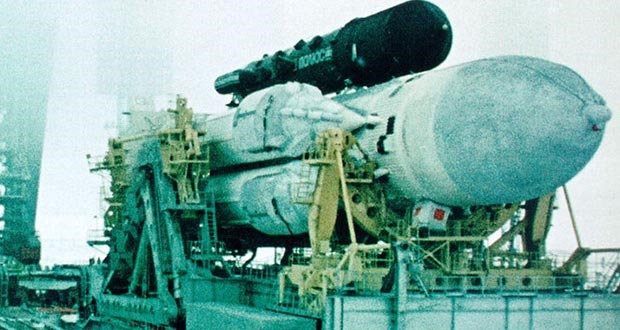 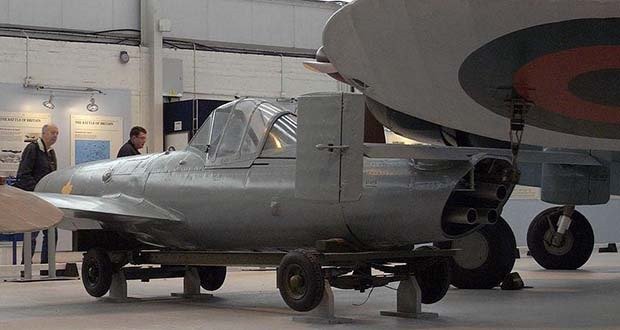 We have all heard of the Japanese “kamikaze” attacks; what is less well-known is that they actually developed a specialized aircraft for Kamikaze work. Because of course, they did. 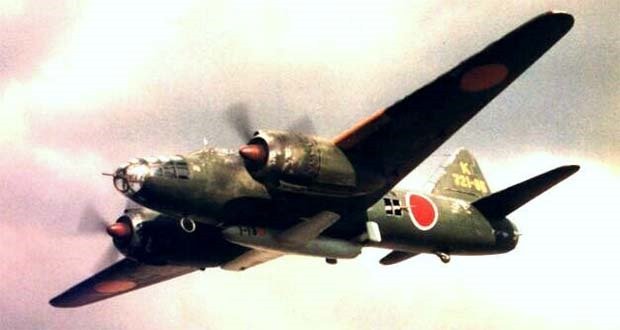 Too short-ranged for use otherwise, the Okha had to be carried to its target by a Mitsubishi G4M “Betty” bomber aircraft, then released once in range and guided by its luckless pilot.

The slight flaw in this plan? The G4M was very fragile; Allied pilots called them “the flying Zippo”, Japanese pilots called them “cigars”. Because they caught fire. Like all the time. Their big advantage was speed and range…both of which were compromised by carrying a one and half ton Okha about. So the Okha would be “lucky” if he could even launch before his mothership was destroyed. 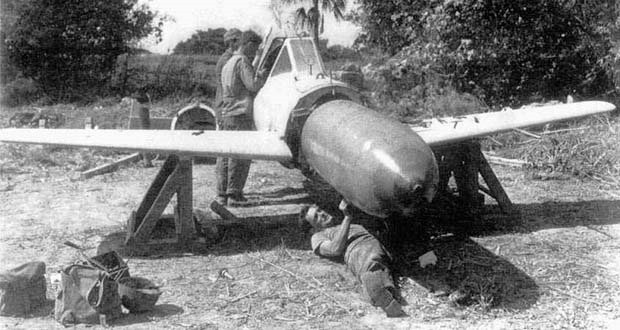 Allied ground crews defuse the 1,200kg bomb of a captured Okha. The warhead could be very dangerous…if it hit anything, which it almost never did. Okhas did manage to destroy two American destroyers and possibly some transport ships, but little else. Postwar US Navy studies concluded the Okha had made no impact on Allied strategy in the Pacific War, and moreover that it had not even hit any Allied capital ship.

Was it really so crazy? Yes. 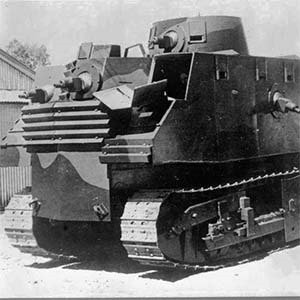 After New Zealand entered WWII, they promptly ran into a problem. The NZ Defence Forces had no tanks. Britain should have given them some, but the Germans took all of Britain’s spare ones at Dunkirk. The Kiwi minister of public works, Robert Semple, hit on a solution: build a corrugated iron superstructure on top of Caterpillar D8 tractor and stuck some machine guns to it. It was named after him: the Bob Semple tank. It couldn’t change gear without stopping. 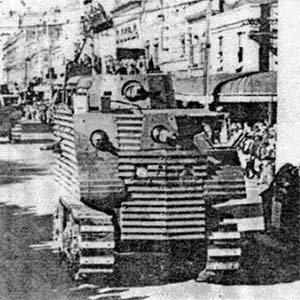 A Bob Semple rumbles along in a parade in Christchurch. To fire the bow machine gun, the gunner had to lie on the tractor’s engine block, protected from the heat and discomfort by…a mattress.

There are also no blueprints for the tank – they just sort of threw them together. Luckily, the Japanese did not invade NZ and their Army eventually got new tanks from Britain and the US.

Was it really so crazy?

Sort of. On one hand, having a mediocre armored vehicle is better than having none at all. On the other, the Bob Semple wasn’t mediocre, it was sh*t. 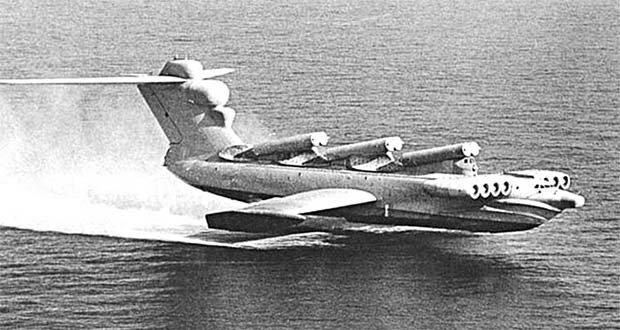 A giant beast nicknamed the “Caspian Sea Monster” by Western intelligence, the Lun-class ekranoplan was a ground effect vehicle; an unholy cross between ship and plane. It “flew” three meters above the surface of the water. It was intended to defend the coastline of the USSR from a NATO invasion. Only one prototype was built before production was canceled; it was retired in the mid-1990s.

The Lun-class carried six P-270 Moskit anti-ship missiles in tubes mounted atop the fuselage. Each one could be equipped with either a conventional or nuclear warhead and was capable of speeds up to Mach 3.

The Lun-class could carry its missiles around at an absolutely insane 297 knots. However, it was expensive, fragile, and probably suffered in rough seas – large waves can break the ground effect it needs to stay airborne. 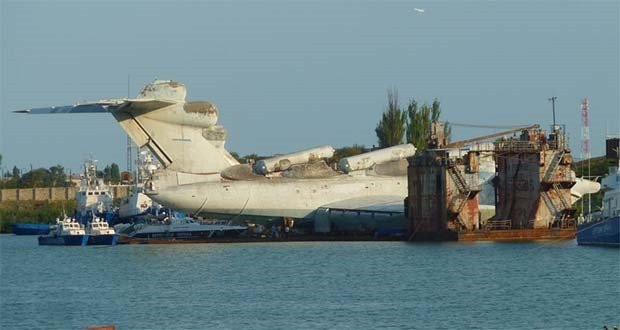 The only Lun-class ever built rots away at Kaspiysk naval base.

Sadly, probably yes. The lack of Russian interest in reviving the project despite huge military budget expansion under Putin suggests that the disadvantages outweighed the cool factor. 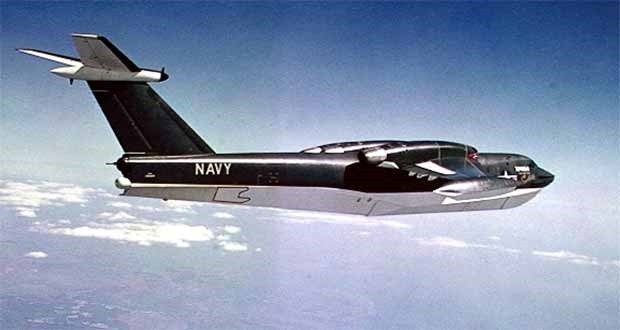 Another meeting of sea and air here: this is the Martin P6M SeaMaster, a strategic nuclear seaplane bomber. Why does this exist? Interservice rivalry. See, just after WWII the USAF gained independence from the US Army, and it looked like they would even end up controlling all of the USA’s nuclear defense. They even got the Navy’s new aircraft carrier canceled. The Navy didn’t like that one bit at all. 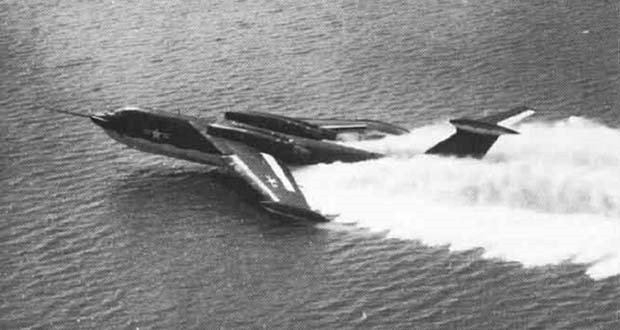 So, to keep themselves in the nuclear game and to spite the USAF, the USN ordered the development of the SeaMaster. The concept was to launch planes off the sea itself rather than carriers. The vision was of a force that could theoretically base itself anywhere in the world, and be resupplied at sea whilst being able to take off too.

It was also an utter pig to fly and nearly killed several test pilots. Nevertheless, the Glenn L. Martin Company built 30 before the program was canceled in favor of subs and carriers after the Navy got back in fashion.

The SeaMaster had many advanced features, such as a rotating bomb-bay to keep water out. However, it was an elaborate solution to a problem easier bypassed – and the moment the Polaris missile subs became viable, the Navy ditched the SeaMaster. 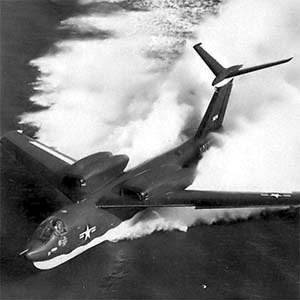 Well, as a fighting piece of kit, yes. It was an entirely unnecessary and political aircraft. On the other hand, as a political tool it kept the Navy in the nuclear business long enough to ensure that submarine-launched nuclear missiles became part of the USA’s nuclear triad. So, in that sense, it was “successful.” 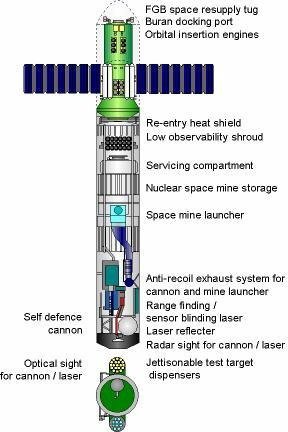 Polyus represents another first for the USSR in the history of spaceflight: the first space battle-station. A combination of factors, most prominently Ronald Reagan’s “Star Wars” program and the Space Shuttle – which the Soviets thought was a military program – led the Russians to develop Polyus; intended to be a satellite that could disable US space-based weapons and make Mikhail Gorbachev the ultimate power in the universe.

Polyus carried – or could be equipped with – a dizzying array of armament, including nuclear mines, 1-megawatt carbon-dioxide laser, and a cannon.

The design process was apparently fraught and horribly rushed. Nevertheless, on May 15th 1987 the satellite was ready for launch. But the rushed design would have consequences…

Polyus sits on the launchpad, carried by the mighty Energiya rocket that was supposed to send the Soviet Buran space shuttle to orbit.

Unfortunately – or fortunately, depending on your point of view – a sloppy guidance program caused Polyus to roll over and fire its engines…sending this technological terror into re-entry over the Pacific Ocean.

Was it really that crazy?It was probably ahead of its time. It was certainly ahead of anything the West had. It probably advanced our knowledge of space given a great deal of talent involved in making it. It’s something.