Here are 20 Amazing Landscapes on Earth. 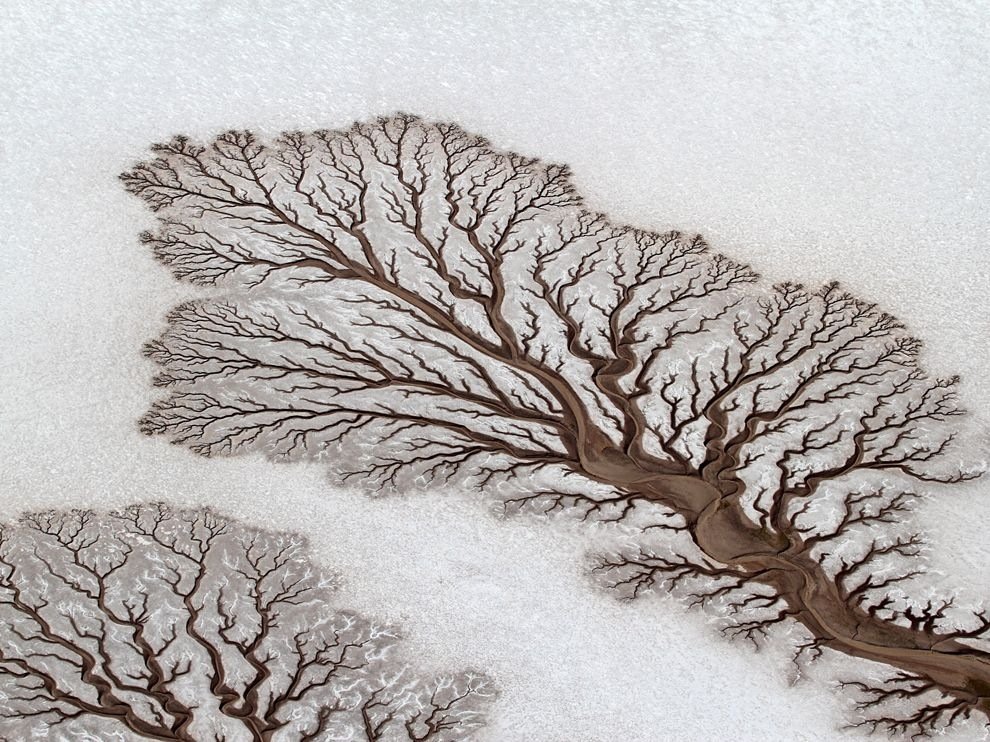 Well this certainly is a bizarre sight. In the desert of Baja California, Mexico. These are desert rivers forming treelike figures. This is no photo manipulation or a painting but a true natural phenomena you can see with your own eyes in certain periods in the year. 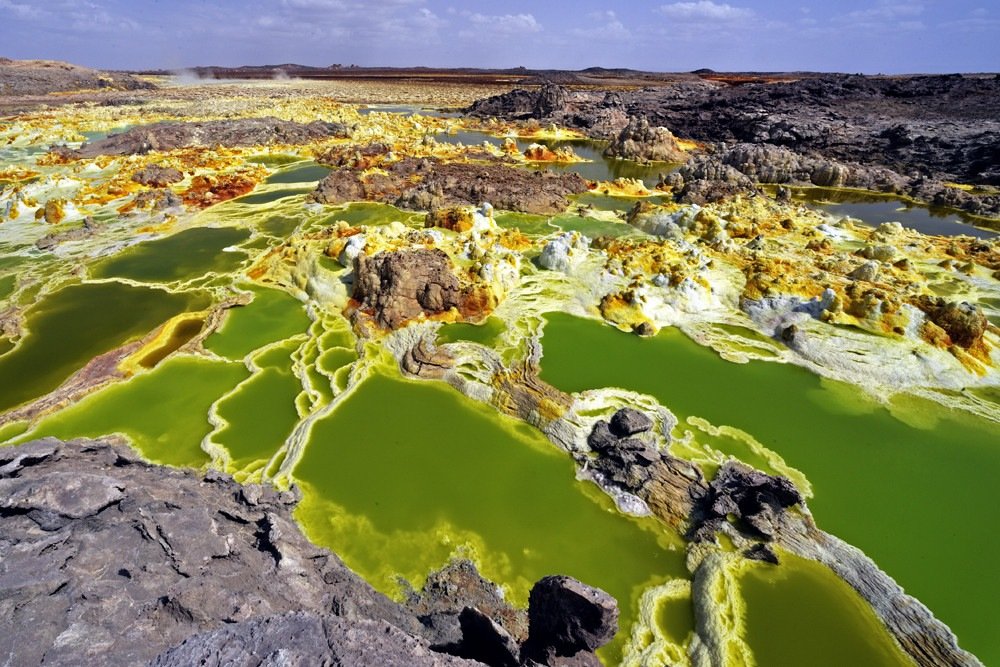 Mud, salt, iron stains, halophile algae and hot spring activity produce a colorful but dangerous landscape in the Dallol craters. The most recent was formed in 1926 by a phreatic eruption that blasted through shallow salt and sediments to produce a maar. A continuous flow of supersaline hydrothermal water feeds the colorful lakes and alters the original eruption site.

Devetashka Cave is on the way to Devetaki village. It has the biggest ‘foyer’ of all the caves in Europe – 30 metres high and 35 metres wide. According to different sources it was inhabited during 7 different epochs. It was a sanctuary in ancient times. It used to be a military base in the past. Later on in the 1950s it was used for storage of oil. According to some it was the federal reserve’s food storage and rocket base. There are 7 huge openings on the ceiling, through which natural light enters the main hall. Past the main hall the cave splits into two corridors. The left one is about 2.5 km long. It is dark with a small river running through, forming miniature lakes and waterfall, passing through the main hall and eventually flowing into Osam river. The right corridor is much smaller. It is dry and warm, ending with a round hall, known as the Altar. 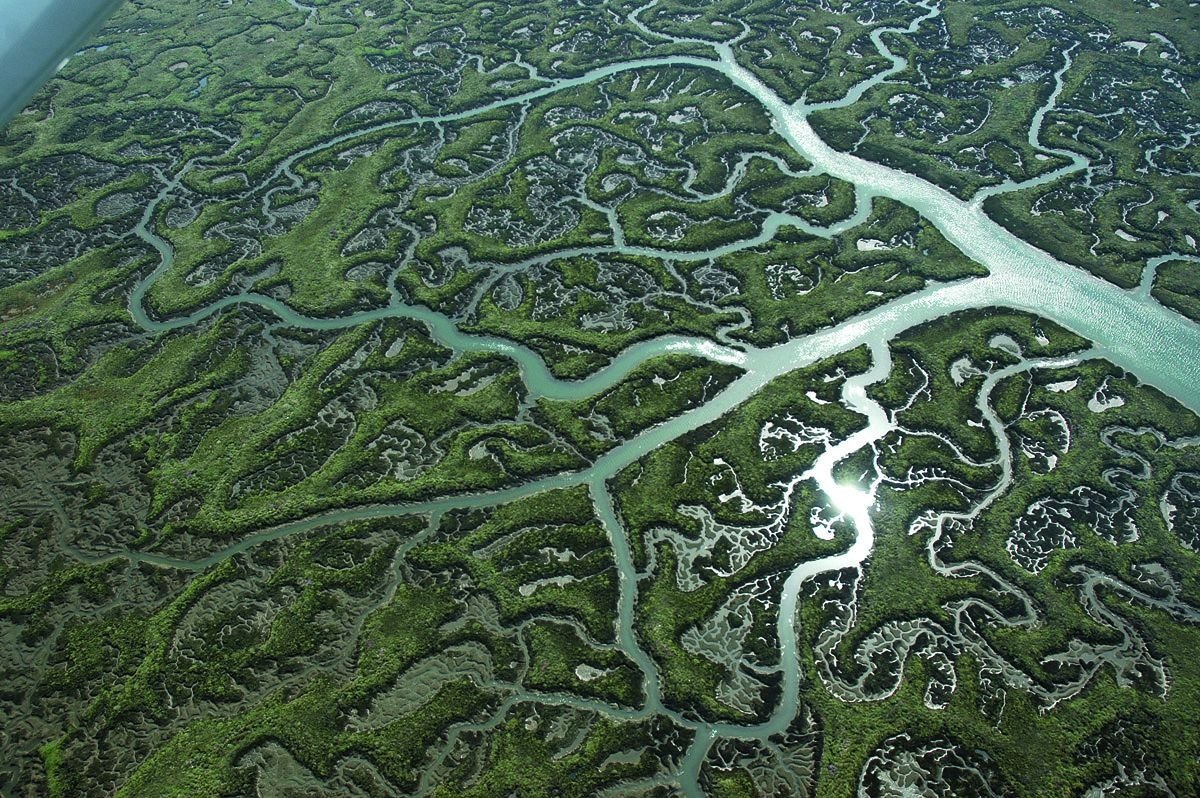 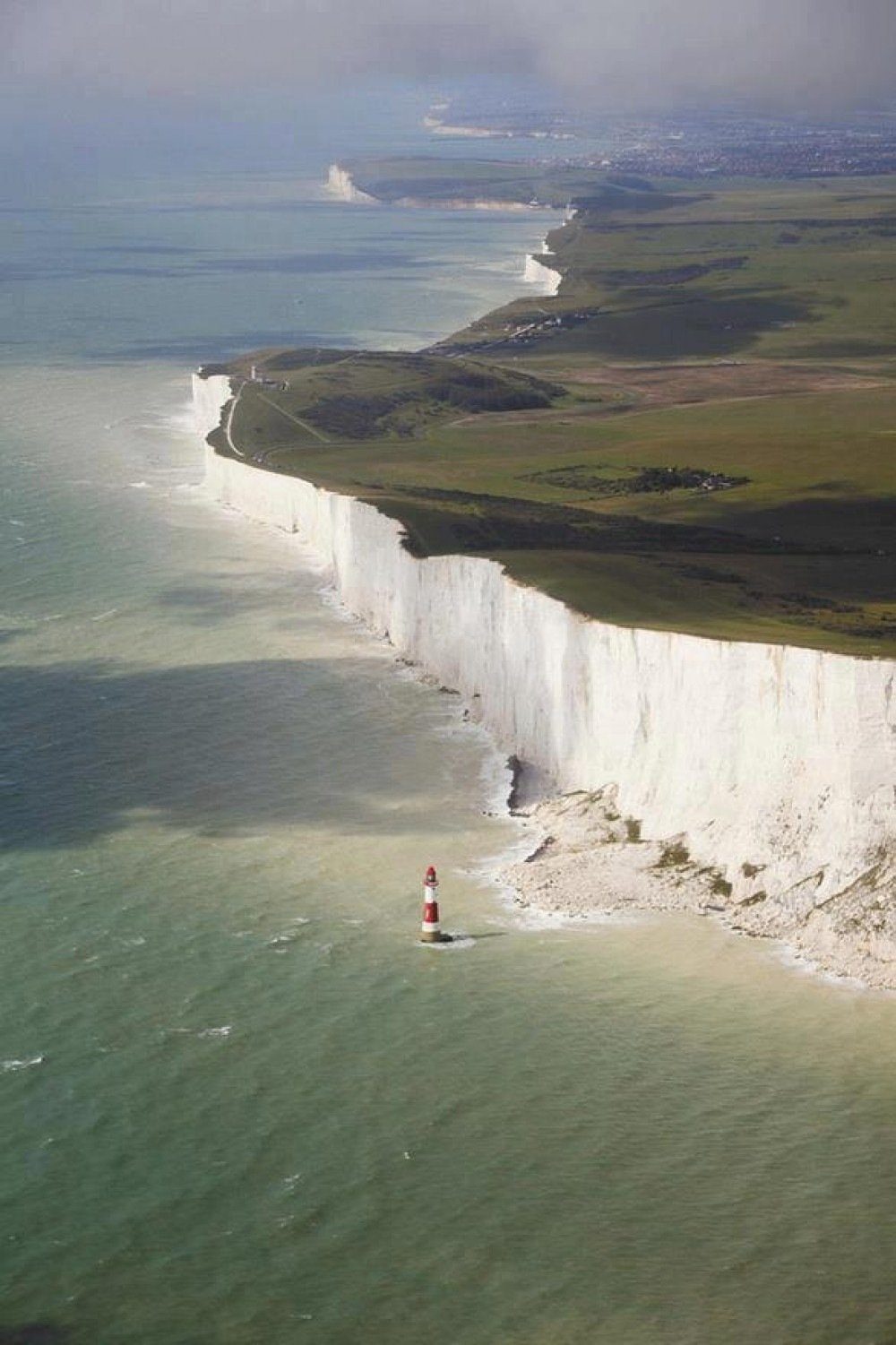 This is an iconic place is one of those natural monuments that defines what it is to be British. For almost 1,000 years, Dover Castle, perched on top of the white cliffs, has stared back at those who may have cast an envious eye at England from only 20 miles away. They are made up of billions of the crushed shells of tiny sea creatures. A hundred and fifty million years ago in the cretaceous period, these organisms gradually settled in shallow seas. The sediments built up were gradually lifted to form the chalk cliffs. These are eroded by the sea, keeping them white. But where the sea cannot reach the cliffs because of beach and sea defenses, then erosion stops and the cliffs become vegetated with trees and shrubs. 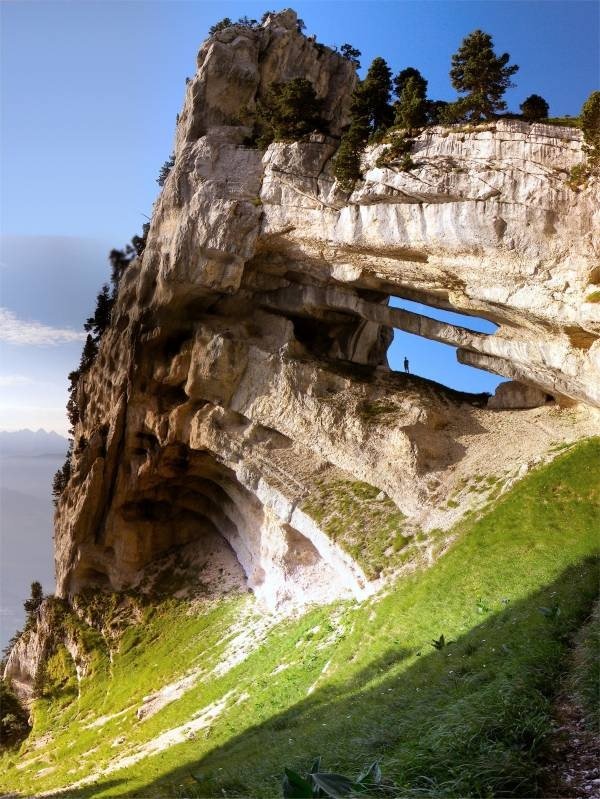 Chartreuse Mountains is a very beautiful mountain located in the Southern France. Lac du Bourget is the southernmost point of Jura Mountains in France. There is a unique double arch with the longest span of 32 meters in these mountains. The arch was only documented recently in 2005. From the arch, you can see the city in the mountains, with very picturesque scenery. 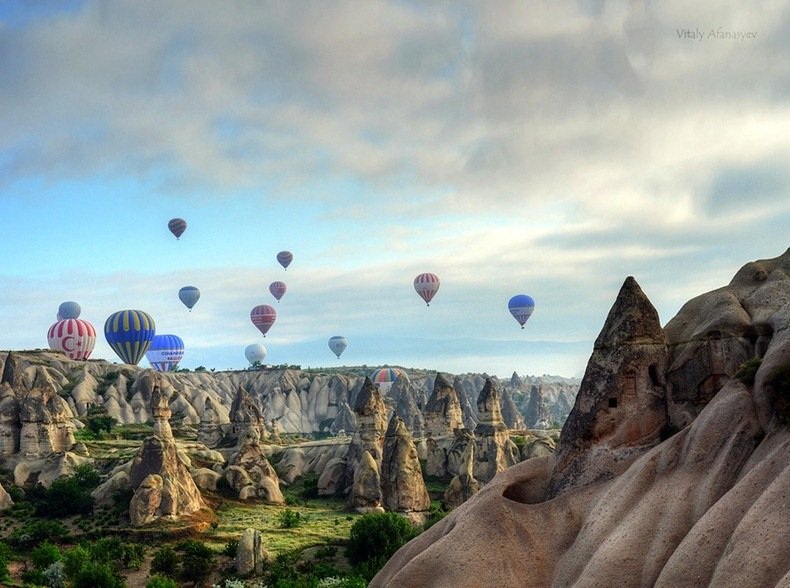 Cappadocia is an area in Central Anatolia in Turkey with the most dramatic landscape in Europe. Over thousands of years, wind and rain eroded layers of sandstone and consolidated volcanic ash to form the lunar-like landscape with fairy chimneys rock formations. During the 4th to 13th century AD, occupants of the area dug tunnels into the exposed rock face to build residences, stores, and churches which are home to irreplaceable Byzantine art. Because of the unique geological, historic, and cultural features, Cappadocia is a popular tourist destination, and hot-air ballooning is a favorite sport. 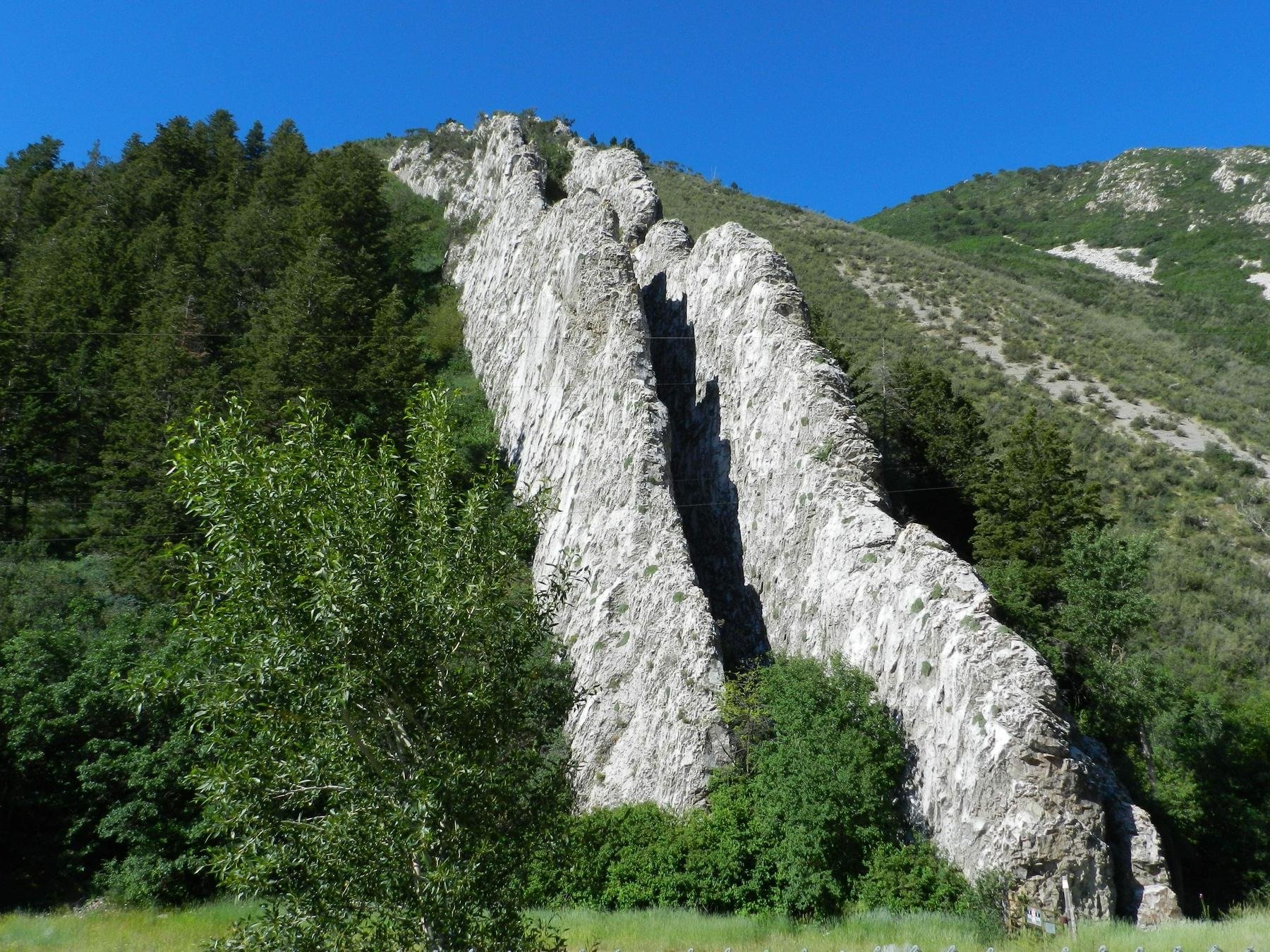 Devil’s Slide is a limestone formation alongside I-84 that looks like a giant playground slide. About 75 million years ago, shifting and folding from a mountain building episode caused the sheets to tilt vertical. 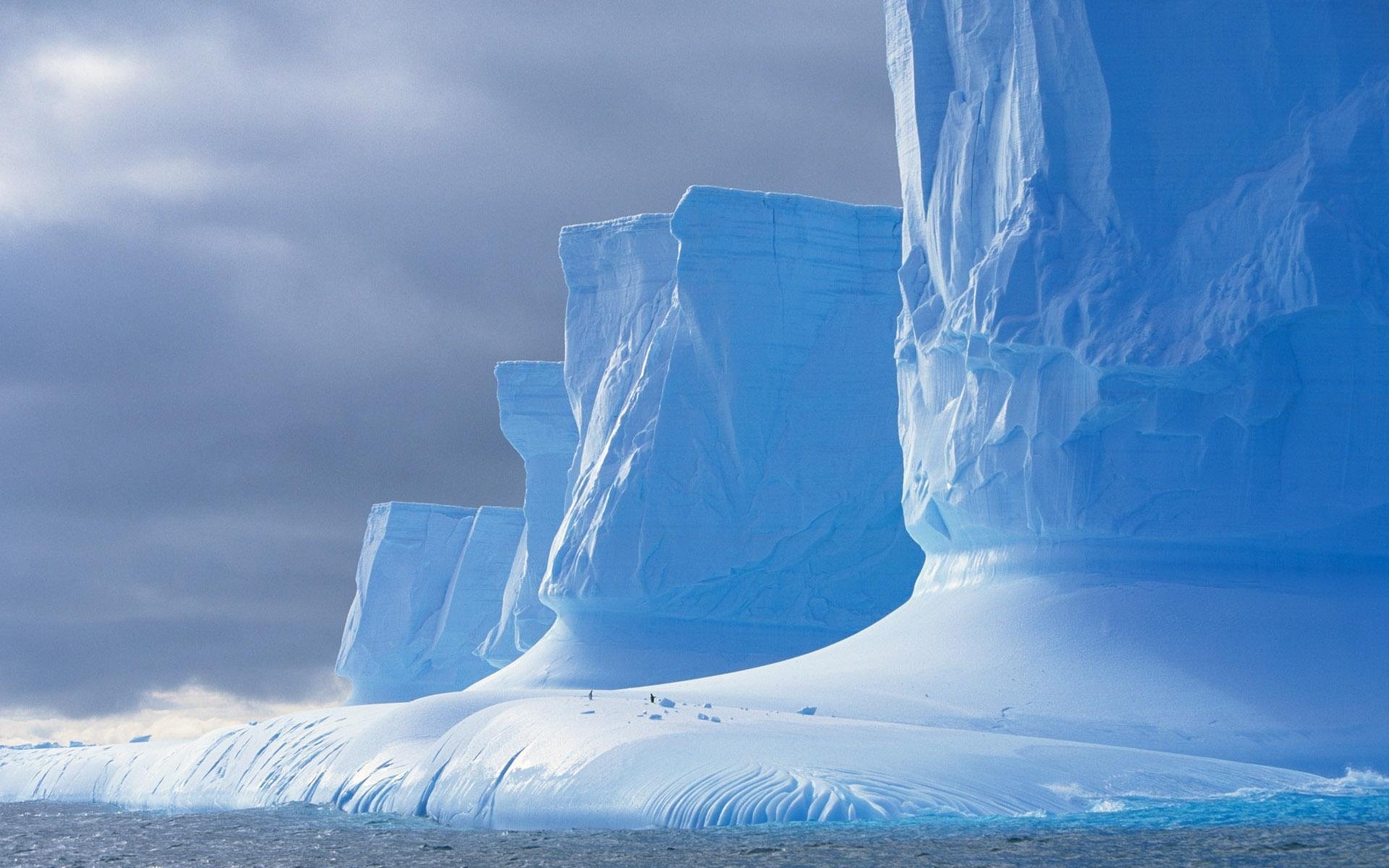 The Antarctic Peninsula is the northernmost element of mainland Antarctica, and the only part of the continent of Antarctica that extends outside the Antarctic Circle. It is approximately 1200 miles (2000 km) long, stretching from 75°S (a drawn between Cape Adams (Weddell Sea) and a point on the mainland south of Eklund Islands) to 63°S (Prime Head on the Trinity Peninsula). The southern tip of South America, Cape Horn is about 610 miles (980 km) farther north, and is separated by the Drake Passage. 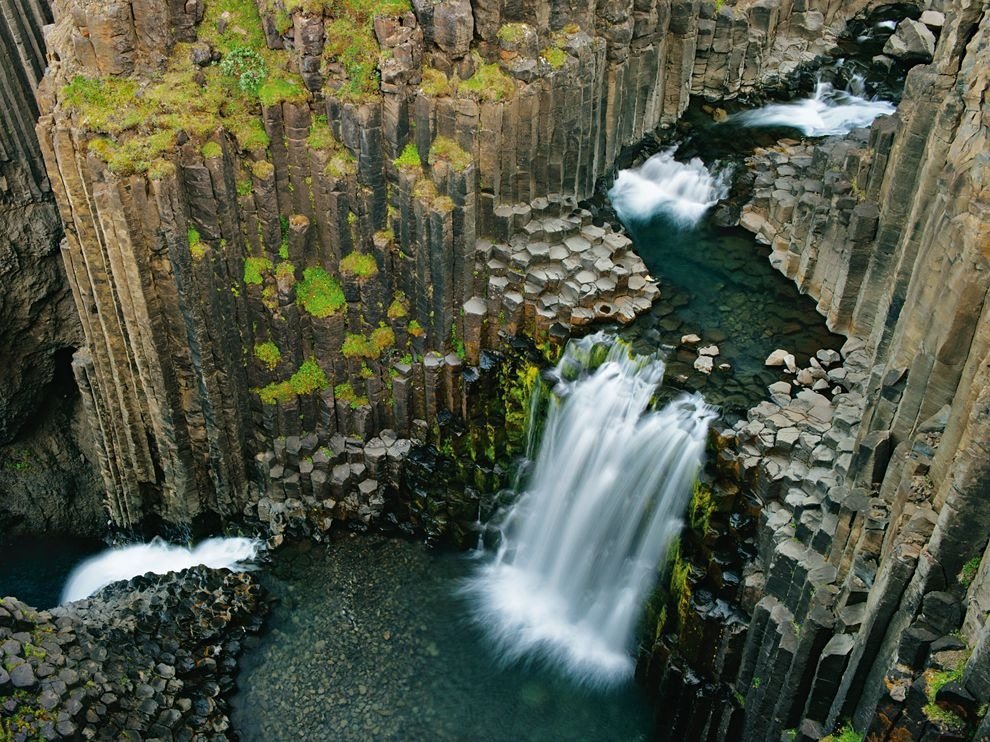 At Litlanesfoss, the waterfall cross-sections an ancient lava flow, which formed columns as it cooled.