Here is a list of 25 Interesting Facts About the Chernobyl Disaster.

1-5 Facts About the Chernobyl Disaster 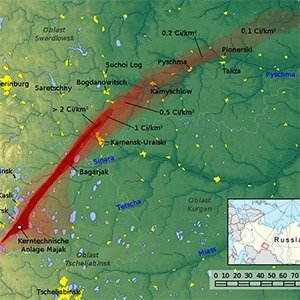 1. Before Chernobyl, the Soviets had another massive nuclear disaster in 1957 in the town of Ozyorsk, which contaminated over 20,000 square km. It was a level 6 disaster (Chernobyl and Fukushima were level 7), making it the third most serious nuclear disaster ever recorded. The area was turned into a preserve to cover up the accident. The CIA knew of the accident, but also covered it up in order to protect the fledgling US nuclear industry from hysteria. – Source

2. At the end of cleaning up Chernobyl, three men were forced to travel to the top of reactor 3’s chimney to hang a red flag. Due to high radiation levels, the entire operation had to be timed to last no more than 9 minutes. Their reward was a bottle of Pepsi (a luxury at that time) and a day off. – Source

3. Slovak agriculture scientists grew soy beans in the irradiated zone of Chernobyl to see how they would adapt. The plants adapted within a single generation, producing more protective proteins, including one that is known to help protect human blood from radiation. – Source

4. A Chernobyl fireman who claimed they didn’t know that the Chernobyl meltdown flames were radioactive, 20 years later said, “Of course we knew! If we’d followed regulations, we would never have gone near the reactor. But it was a moral obligation – our duty. We were like kamikaze.” – Source

5. Environmental activist group Greenpeace once accidentally released a fact sheet, which said “In the twenty years since the Chernobyl tragedy, the world’s worst nuclear accident, there have been nearly [FILL IN ALARMIST AND ARMAGEDDONIST FACTOID HERE].” – Source

6-10 Facts About the Chernobyl Disaster 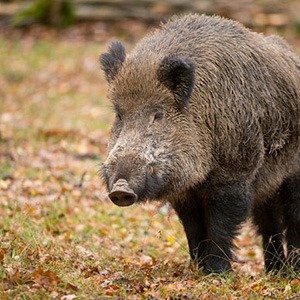 6. There is a population of radioactive wild boars in Germany, caused by Chernobyl disaster and their number is rising. – Source

7. The Soviet Union did not admit that a reactor had exploded at Chernobyl until nearly three days after radiation from the disaster set off alarms at a nuclear plant in Sweden 1000 km away. – Source

8. The Chernobyl power plant didn’t go completely off line until the year 2000. – Source

9. Being two days in the Chernobyl exclusion zone, the human body receives a radiation dose equal to one intercontinental flight. – Source

10. A middle aged operator at Chernobyl intentionally went into 5-15k R per hour radiation fields to take emergency actions to prevent younger men having to. He received 5x the amount of radiation needed to kill a human and saved many lives. – Source

11-15 Facts About the Chernobyl Disaster 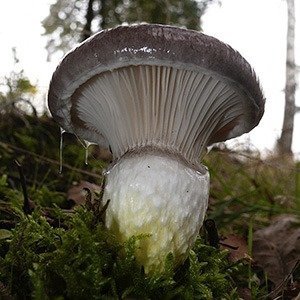 11. There is a fungus species growing on the Chernobyl reactor and feeding off the radiation. – Source

12. Since the Chernobyl disaster, the area inside the ‘exclusion zone’ has become home to hundreds of wild animals such as deer, owls, boars, bears and beavers. – Source

13. In Chernobyl, they planted hemp to remove toxins from the soil in a process that’s called “phytoremediation.” – Source

14. A fireman’s eyes at the Chernobyl disaster were said to have turned from brown to blue because of the intensity of the radiation he received. – Source

15. The area surrounding Chernobyl will not be safe for permanent human settlement again for another 20,000 years. – Source

16-20 Facts About the Chernobyl Disaster 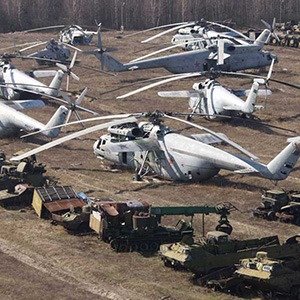 16. The vehicles that rescued people from the Chernobyl disaster are now stored in a remote radioactive vehicle graveyard. – Source

17. 85 percent of Belarusian children are deemed to be Chernobyl victims. They carry “genetic markers” that could affect their health at any time and can be passed on to the next generation – Source

19. Six days after the Chernobyl disaster, three volunteer divers swam in radioactive water-filled room under the reactor. Their goal was to release water from that room in order to avoid another potentially very powerful steam explosion inside the power plant. All three of them died from radiation poisoning. – Source

20. Only 31 people actually died during the event. Most of the deaths happened later as a result of the radiation. – Source

21-25 Facts About the Chernobyl Disaster 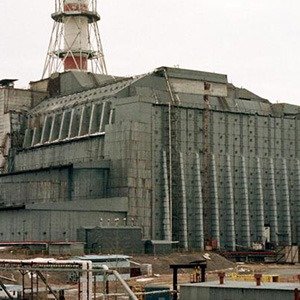 21. A concrete sarcophagus was built around the destroyed reactors. It contains 100 kg of plutonium, with a half-life of 245,000 years. Should the sarcophagus collapse, it would be enough to poison 100 million people. – Source

22. The world’s largest moving structure will be completed in 2015, and will be used to entomb the decaying concrete sarcophagus that covers the remains of the Chernobyl reactor core. – Source

23. A whole new city was built for the evacuees of The Chernobyl Disaster named Slavutych, 85% of which was paid for by the plant operator. – Source

24. After the Chernobyl disaster the USSR adapted their unmanned lunar exploration robots called Lunokhod to help clear away debris in the radioactive environment. – Source

25. Artillery shells containing silver iodide were used in order to make rain clouds after the disaster to protect Moscow from radioactive fallout. – Source