George Washington is known as the founding father of the United States, but one bizarre American history fact is the story behind his wooden teeth. It is fairly well circulated that he had such a set of dentures and, over time, it’s become a part of American folklore. But what if the story was more than a myth? Here is the true story of George Washington’s false teeth. 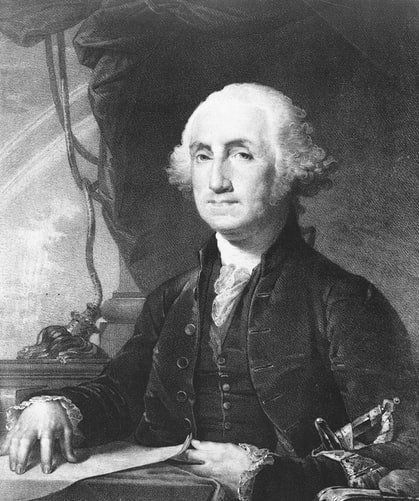 What Were Washington’s Teeth Made Of?

Washington first had trouble with his teeth in his twenties, and it’s one reason why you never see him smiling in any of his portraits. Due to a poor diet and a lack of dental hygiene, he was forced to use four sets of dentures throughout his life. It is simply not true that his teeth were wooden. For some reason, this myth was invented by later historians.

During the Revolutionary War, he employed the services of Dr. John Baker and a decade later Dr. Jean-Louis Le Mayeur was also employed by him to make a set of dentures for him. Baker used ivory in a partial denture that was wired to the teeth that were remaining on his gums. Le Mayeur became good friends with Washington and this resulted in several visits by him to Mount Vernon. In all, 3 of the 4 dentists have been identified.

A surprising fact about Washington is that when he became president in 1789 he only had 1 tooth left. This too eventually fell out and it was given to another dentist called Dr. John Greenwood who treasured it as a gift. Greenwood had made a set of dentures that had used springs made from gold and screws made from brass. A hippopotamus had its ivory used to make Washington’s teeth. Such imaginative usages of dead animals are thankfully no longer in fashion. 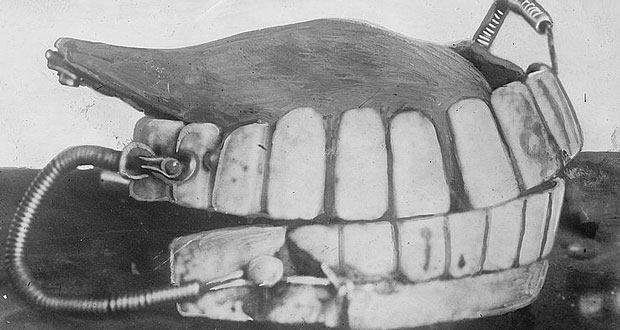 Of course, these dentures caused immense discomfort and it also caused Washington’s face to change and it may explain why his under lip is seen to be projecting far more forward than the upper lip. Painting by Gilbert Stuart in 1796 is probably the most famous example of this. Washington, like all of us, complained that he wasn’t getting value for money from the professionals. He wrote that the dentures “are both uneasy in the mouth and bulge my lips out” and “have, by degrees, worked loose.” 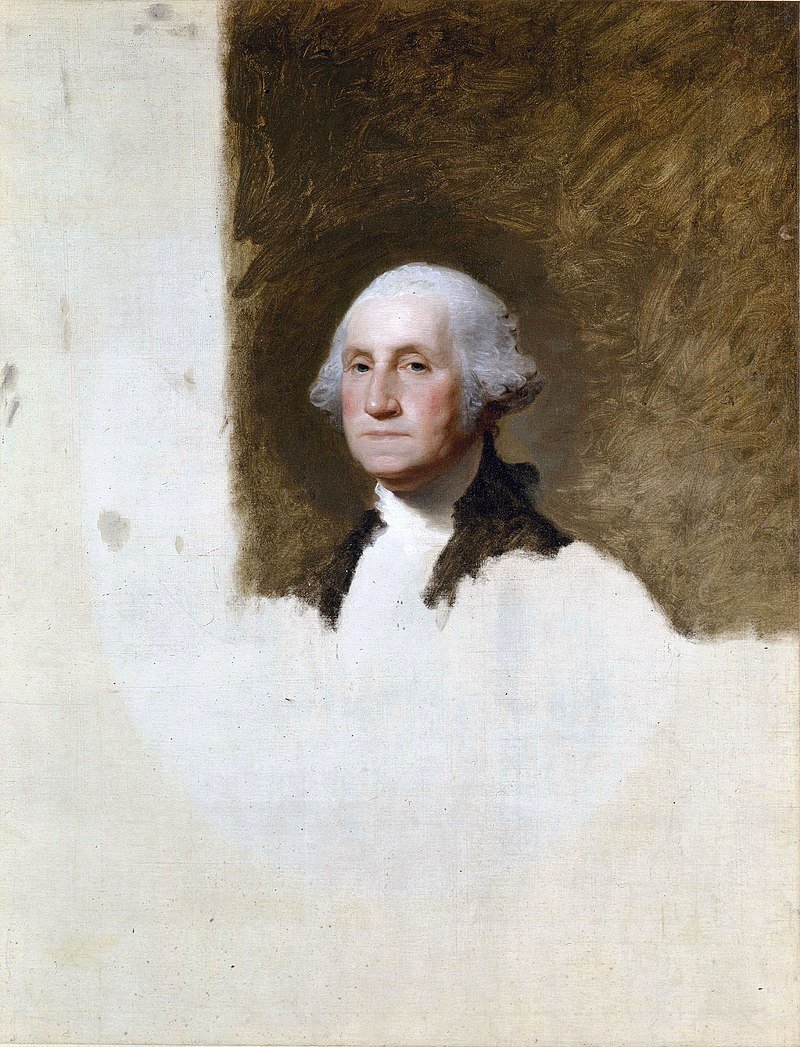 Ivory tends to stain easily, so they needed to be cleaned regularly. Eating and speaking were difficult as well, which must have caused a major impact on his quality of life. Human and animal teeth, as well as lead, are all present in the dentures that still exist today. It wasn’t known at the time that leads were poisonous. Such was the time that even the most famous person in America had to put up with such standards.

The Myth of Wooden Teeth 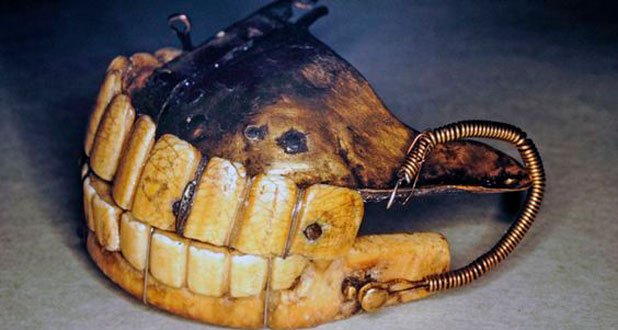 It is part of the Washington legend that he had wooden teeth and this myth arose in the 19th century and persisted well into the 20th century. This might have arisen from the darkened appearance of his teeth. Port wine was a popular drink in the British empire and this was one habit the revolutionary president was not prepared to give up. He wrote a complaint to Greenwood that “the sett you sent me from Philadelphia…was very black…Port wine being very sower takes of(f) all the polish.”

One troubling possibility is that he had a set of dentures made from real human teeth. He might have purchased them in 1784 from some slaves that lived on Mount Vernon at the time. This has yet to be confirmed, but it’s certainly a reflection of the time period.

The first president might have had an unfortunate trademark, but it is a reminder of how far health and technology have come over the last 240 years. It didn’t matter who you were; you were going to receive inadequate healthcare and nothing could alter that fact. Washington will always be regarded as the founding father of the United States and therefore one of the most important people of the last 1,000 years. His legacy has stood the test of time, which is something his teeth didn’t do.