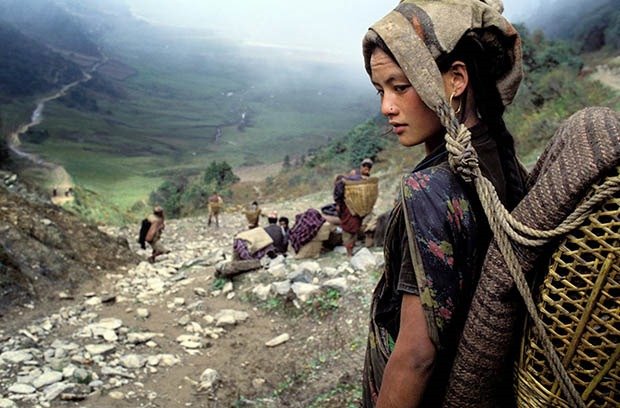 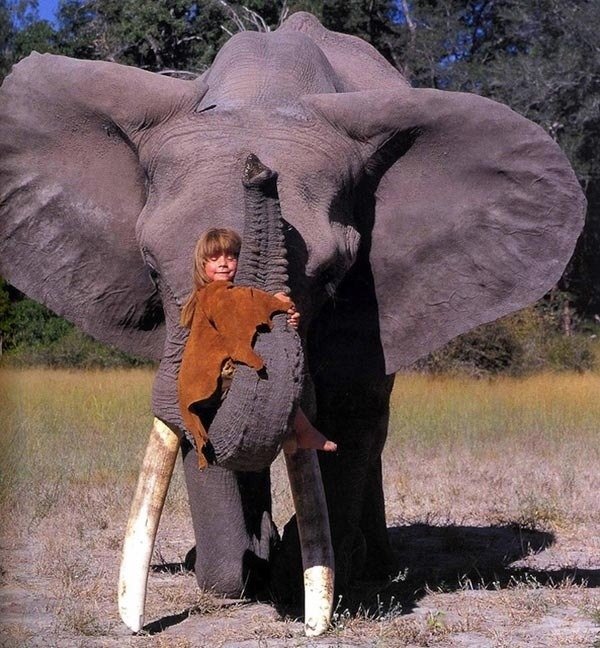 Tippi Degré, a French girl who spent her childhood in Namibia among wild animals and tribespeople.

Born in Namibia in 1990, Tippi Degré grew up in Southern Africa for the first ten years of her life. She was raised in the bush where her parents worked as wildlife photographers and filmmakers. She is known for the photos published internationally in the press and in books about her childhood in the wild, where she was living close to the tribespeople of her country, the San Bushmen and the Himbas, and the animals. She was named after the actress Tippi Hedren. During her childhood in Namibia, Tippi befriended wild animals, including a 28-year old elephant Abu, a leopard nicknamed J&B, crocodiles, lion cubs, giraffes, a northern greater galago, a banded mongoose, an ostrich, meerkats, a baby zebra, a cheetah, a caracal, a snake, an African grey parrot, giant bullfrogs and chameleons. Here are more pics of her with other animals. 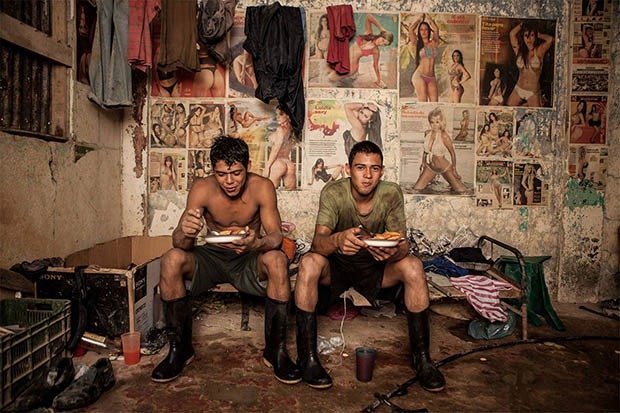 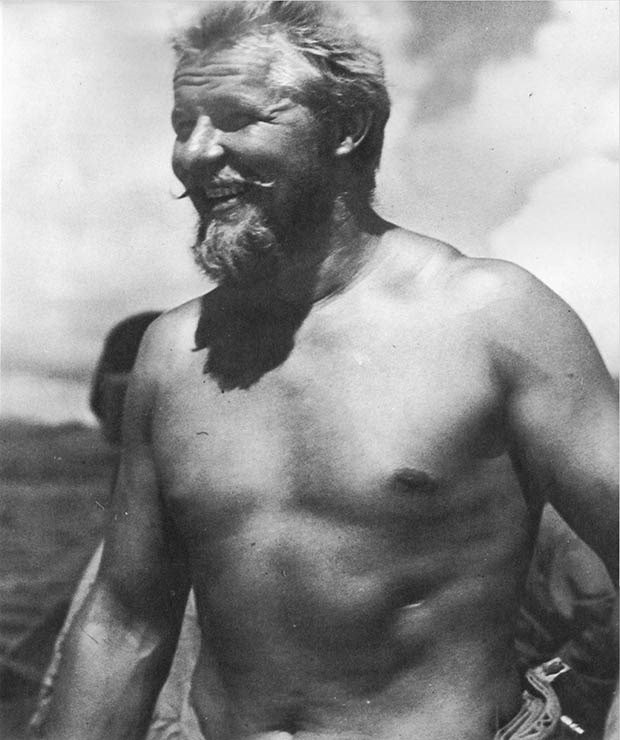 WWII Soldier, member of the US Navy underwater demolition team. Carrying out some of the most dangerous and difficult assignments of the war, members of these teams, unarmed and garbed only in swimming trunks, swam to action, braving enemy fire to destroy with explosives any natural and man-made obstacles on the beaches.

During World War II the British Special Operations Executive had similar operations going. These were basically the most hardcore guys of the war. Every member was a volunteer and had to be a male without attachments- their way of saying you were going to die. Operation Feather was centered on the destruction of German ships in Norway. IIRC there were 15 operatives sent in. They had to swim from a kilometer offshore with a 2.5 kg mine in between their legs and attach them to the bottom of these ships without being spotted. To do this they trained these swimmers in places like Scotland and Canada- anywhere with frigid water that you can train your operatives to swim in. I believe only three men survived. These guys were absolutely crazy. 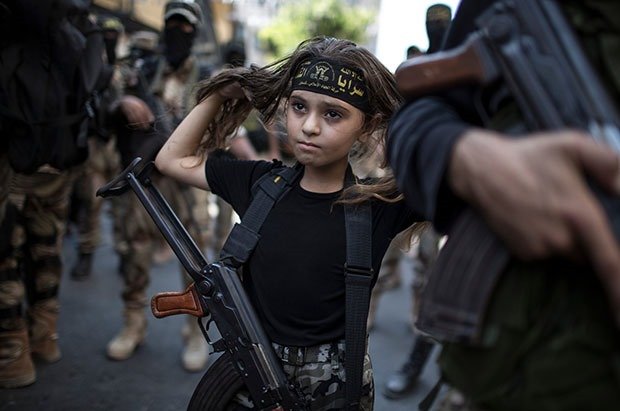 A Palestinian girl with a Kalashnikov rifle, amid Islamic Jihad militants in Gaza City, taken in 2014. 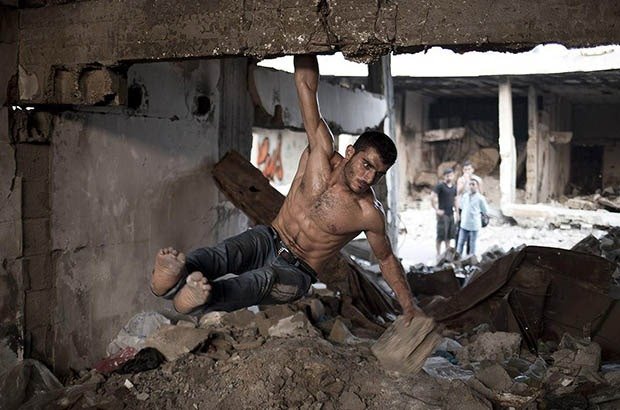 A man does a street workout using gravity and rubble amidst the ruins of bombed out buildings in Gaza City. He is part of a “street workout group” called Bar Palestine. Here is an article on them, with more pictures. 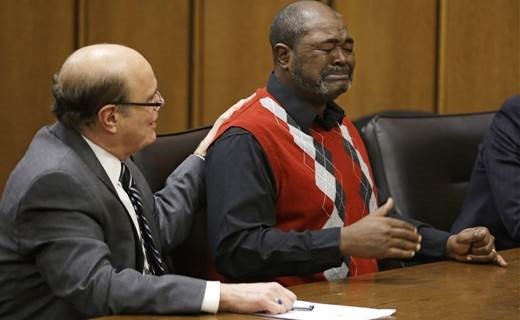 Ohio man officially exonerated in 2014 after spending 27 years in prison for murder he did not commit.

Kwame Ajamu was just 17 when he was convicted of murder in the killing of a Cleveland money-order salesman. In 2014, Ajamu, now 57 and out on parole since 2003, wept after a judge cleared all charges against him. 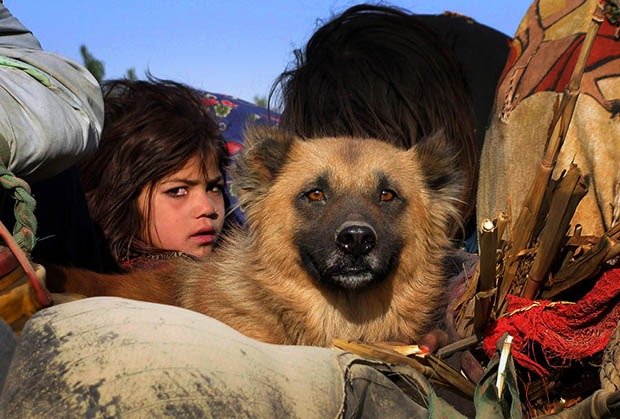 A young girl and her dog looks out from a vehicle as she and her family wait for security clearance at a checkpoint on the outskirt of Bannu, a town on edge of the Pakistani tribal region of Waziristan, Thursday, Oct. 22, 2009. 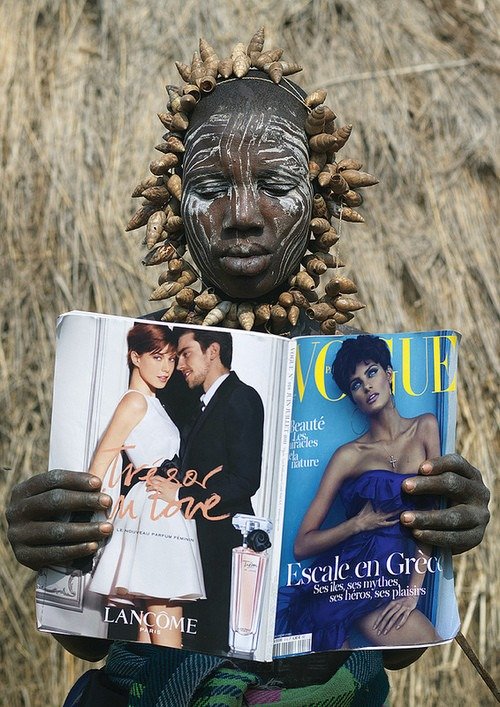 A woman of the Mursi tribe of the Ethiopian Omo Valley thumbs through an issue of Vogue Paris.

Not that it isn’t a cool picture. Keep in mind that these tribes dress this way because tourists come on safaris and take pictures of them. During most of their lives they’ll be wearing normal (if old and worn down) western clothes, then when a tour is scheduled to come around they put on the traditional clothes and paint their bodies, etc. 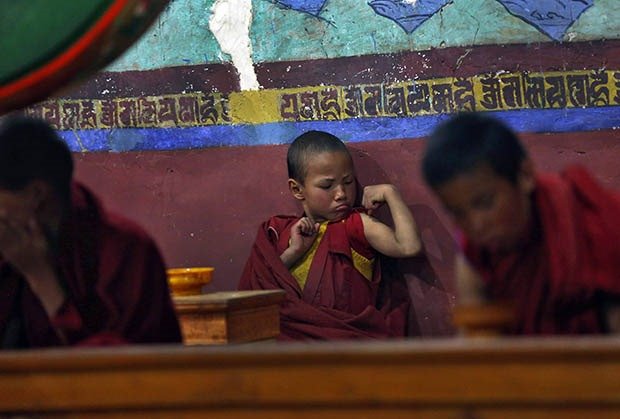 A young Buddhist monk during morning prayers at the Thikse Monastery in Ladakh, India.

Many of these young monks are orphans, others are from more affluent families who can afford to have a son (or daughter, there are nuns in Mahayana Buddhism) at a monastery and not have all the children in the field working. Some are seen as the reincarnation of Lamas and are searched for for years. When a child is seen as the unmistaken reincarnation of a high ranking or well known Lama, they are often treated like royalty and have their every whim catered to. Not a bad life, actually. 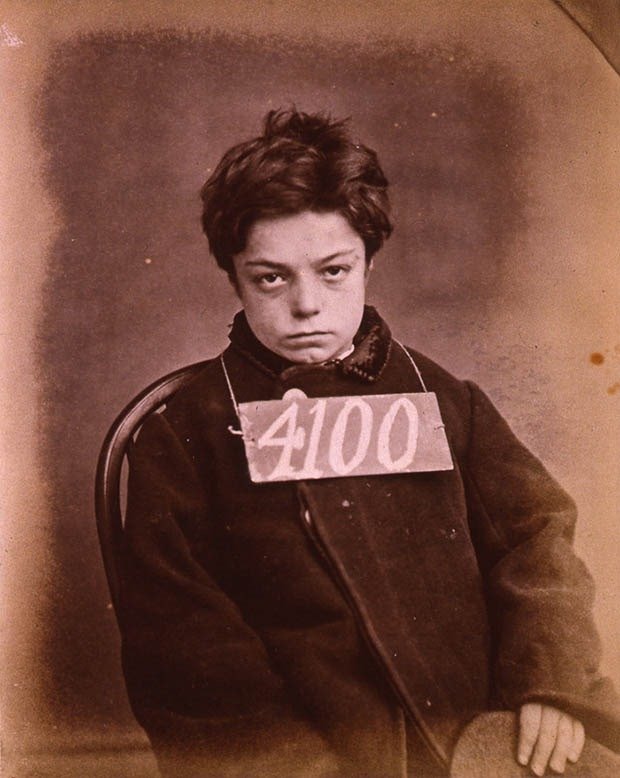 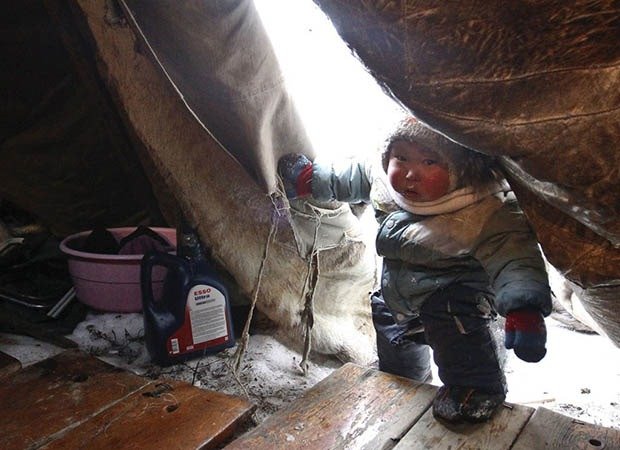 A Nenet boy seeks shelter in his tent away from the harsh Tundra, 50 km north of Naryan-Mar, Russia.

Here’s an interesting random little fact about Nenets, the language. It is part of the Uralic family group, making it related to Finnish, Estonian and Hungarian, which are not part of the Indo-European language family. People often assume this because they are in Europe. There is one Nenets loan word that has entered English: parka. 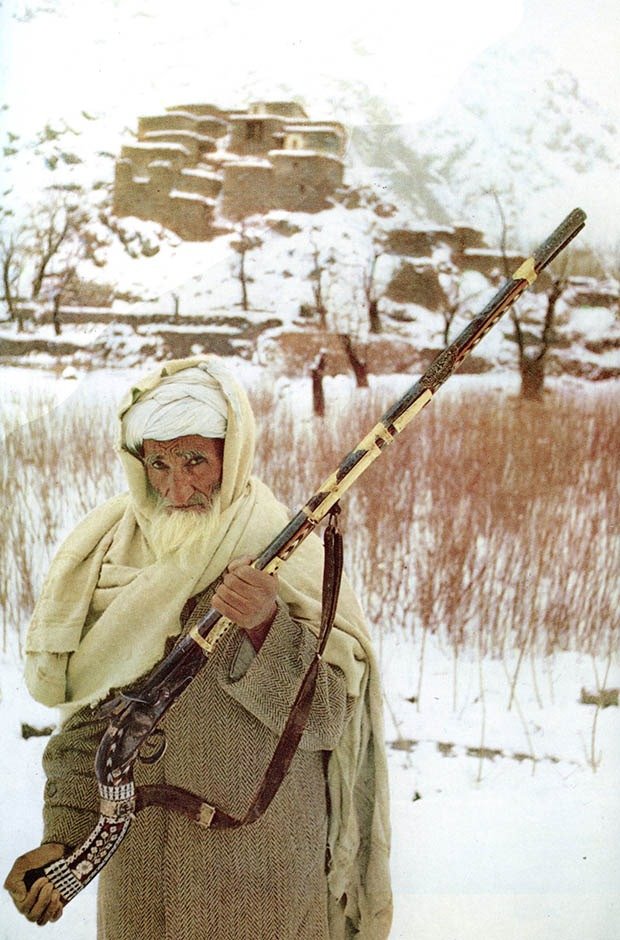