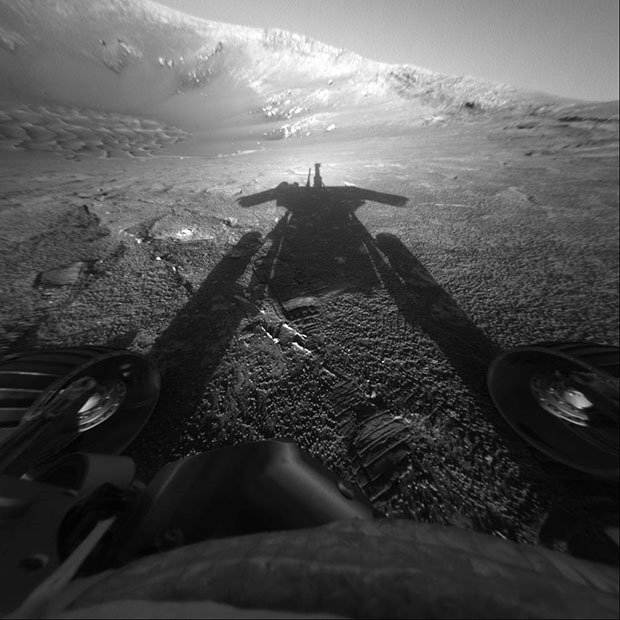 The spirit rover started operating on Mars in January 4, 2004. It has been nearly 12 years. It was planned to be operated for only 90 days, but continued to operate until 2010 when communication with it was cut in 2010. On May 1, 2009 Spirit became stuck in soft soil, but continued to be a stationary science platform role for more than a year. It’s hard not to associate human feelings with inanimate objects. I saw a broken chair sitting by a dumpster the other day and I actually felt bad for it. Silly huh 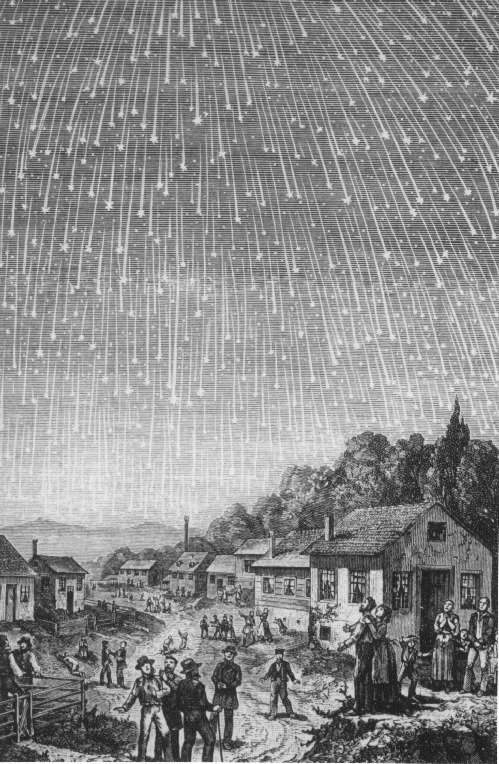 A drawing of the 1833 Leonid meteor storm. It is estimated that nearly 100000 meteors were visible per hour. It must have been a breathtaking show without all the light population. It was visible in the entire region of North America east of the Rocky Mountains. 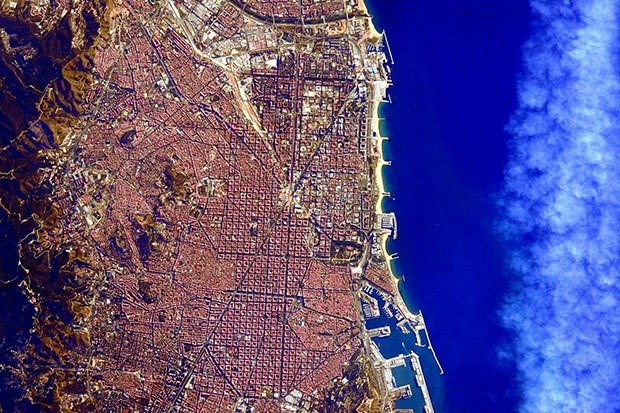 Astronaut Scott Kelly shared this beautiful shot of Barcelona, Spain from the ISS four months ago. 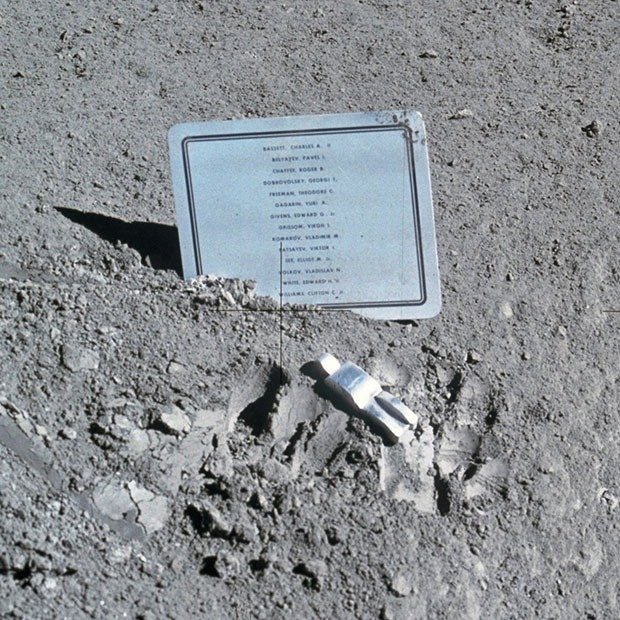 A photo of ‘Fallen Astronaut’ – an aluminium sculpture placed on the moon in 1971, to commemorate those who fell in the pursuit of the exploration of space. Fallen Astronaut is an 8.5-centimeter tall aluminium sculpture created by Paul Van Hoeydonck. It is a small stylized figure, meant to depict an astronaut in a spacesuit. It was commissioned and placed on the Moon by the crew of Apollo 15 at Hadley Rille on August 1, 1971, next to a plaque listing the fourteen men known at the time to have so died. I’m glad that that names of the Russian cosmonauts were included as well, given our relationship with them at the time. 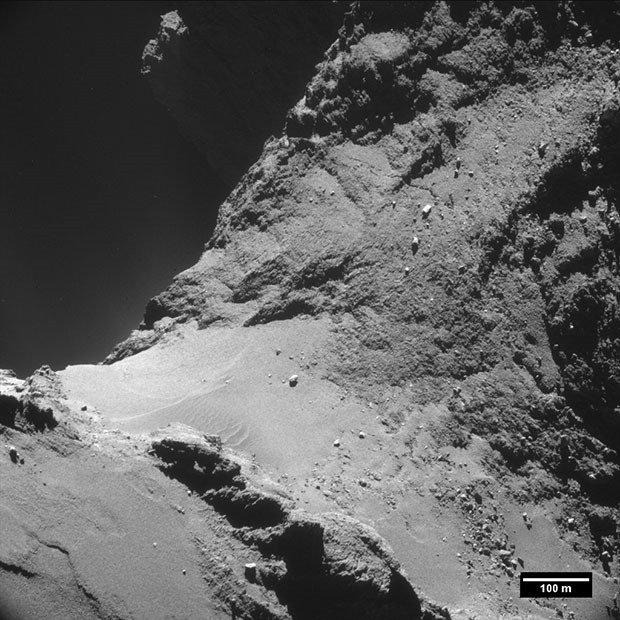 Higher resolution Rosetta images revealed sand dunes on the surface of the 67P comet (Churyumov–Gerasimenko comet). Rosetta is a space probe built by the European Space Agency launched on 2 March 2004.  Along with Philae, its lander module, Rosetta is performing a detailed study of the comet. The image was taken from a distance of 7.8 km from the surface.

06. Earth from Mars and Mars from Earth

Earth from Mars and Mars from Earth. 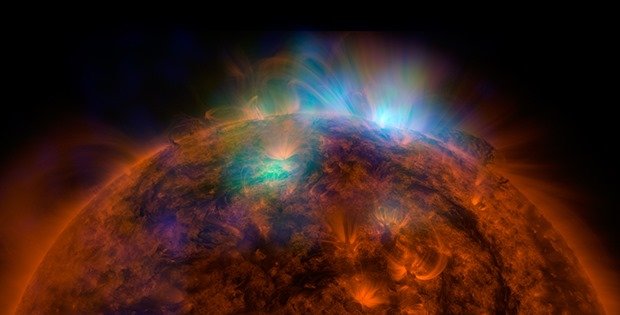 First Image of the Sun from NASA’s NuSTAR. NuSTAR (Nuclear Spectroscopic Telescope Array) is a space-based X-ray telescope. It was launched in 2012. Sun Shines in High-Energy X-rays. X-rays stream off the sun in this image showing observations from by NASA’s Nuclear Spectroscopic Telescope Array, or NuSTAR, overlaid on a picture taken by NASA’s Solar Dynamics Observatory (SDO). This is the first picture of the sun taken by NuSTAR. The field of view covers the west limb of the sun. 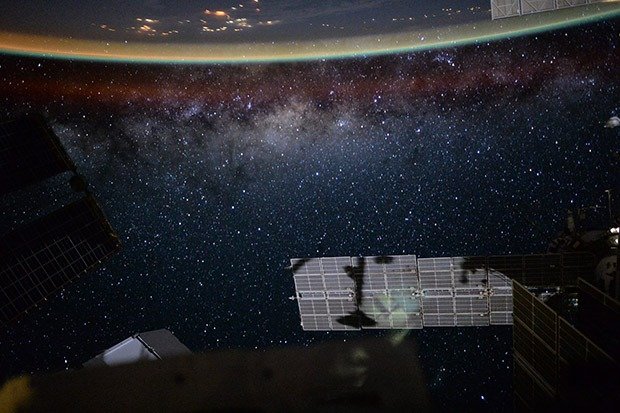 Andreas Mogensen, Denmark’s first astronaut in space, uploaded this to his Facebook a few months ago. The Milky Way rising below our planet. This was his last day on the ISS before he returned back to Earth. 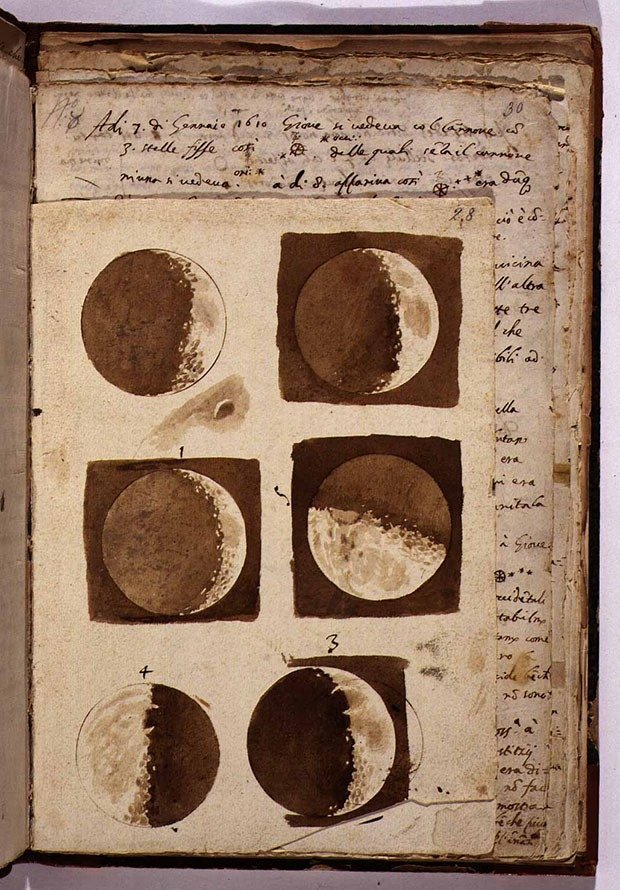 Galileo’s drawings of the Moon, 1610.  It’s truly amazing to see the detail and accuracy in his drawings, when his refracting telescope not only had the typical lens vignetting issues that modern lenses have, but also had significant imperfections from the objective all the way to the eyepiece. It was an enormously advanced piece of equipment for the time, but could barely pass for our lowest-quality toy telescope today. Galileo also had poor vision in one of his eyes, and eventually went blind in both. To top it all off, his telescope wasn’t placed for comfort. Instead of building an ergonomic mount for his telescope, Galileo would either lay down or crouch very uncomfortably for his celestial observations. Imagine being 50 years old, crouching for hours on end as you sketch each slight feature of the moon, while you have poor vision, and your telescope is very blurry (by today’s standards) and has an extreme level of chromatic aberration, and you’re sketching in near-darkness, as lighting a candle will ruin your night vision for minutes at a time, each time you light it. Oh, yeah, and you’re constantly having to move the telescope by hand to manually track the object as you’re trying to view it. 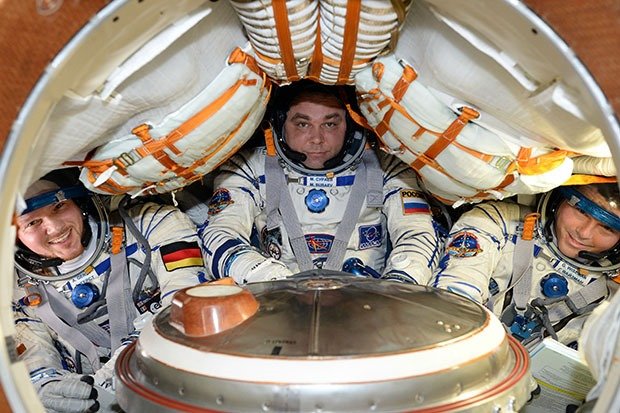 Astronauts returning home from the ISS aboard a not so spacious Soyuz capsule. 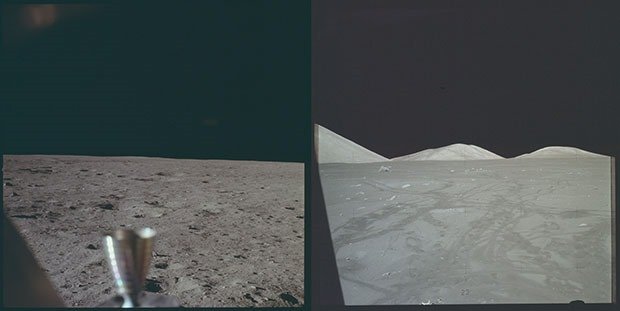 The first and last photos taken by humans on the Moon. 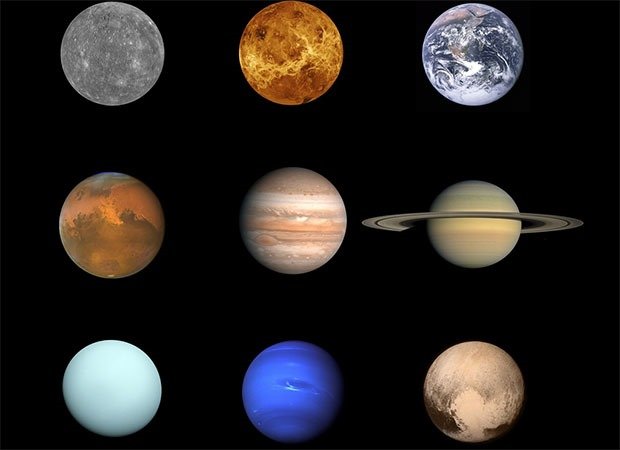 Updated family portrait of the solar system now that we have clear images of pluto. I know pluto is no longer classified as a planet, but you cannot separate a family like that dammit.