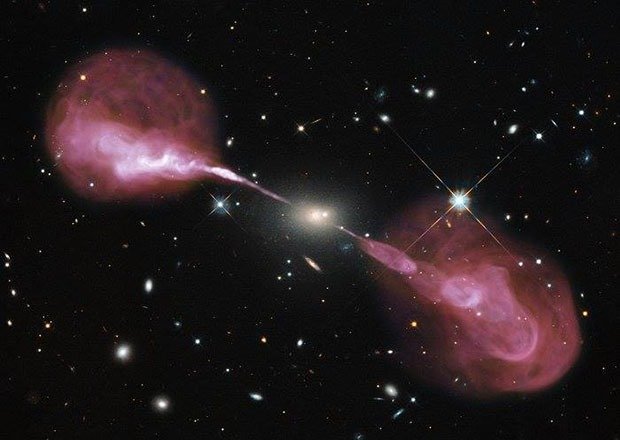 A supermassive black hole in action. Spectacular jets powered by the gravitational energy of a super massive black hole in the core of the elliptical galaxy Hercules A. Some two billion light-years away, the yellowish elliptical galaxy in the center of the image appears quite ordinary as seen by Hubble in visible wavelengths of light. The galaxy is roughly 1,000 times more massive than the Milky Way and harbors a 2.5-billion-solar-mass central black hole that is 1,000 times more massive than the black hole in the Milky Way. But the innocuous-looking galaxy, also known as 3C 348, has long been known as the brightest radio-emitting object in the constellation Hercules. Emitting nearly a billion times more power in radio wavelengths than our Sun, the galaxy is one of the brightest extragalactic radio sources in the entire sky.

All the different space suits we’ve used as a species to discover and explore the space around us. 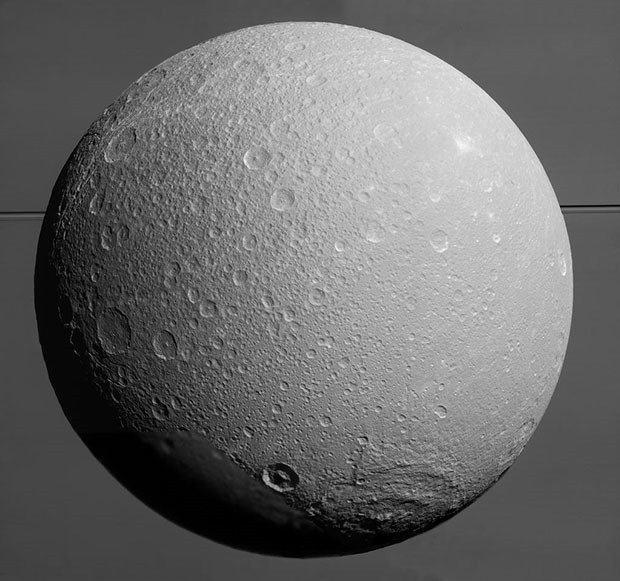 Saturn’s rings behind the moon Dione. This is the last picture of Dione that Cassini will take before it intentionally destroys itself in Saturn’s atmosphere in 2017. I hope we have another Saturn mission soon.

16. ISS with the lights off 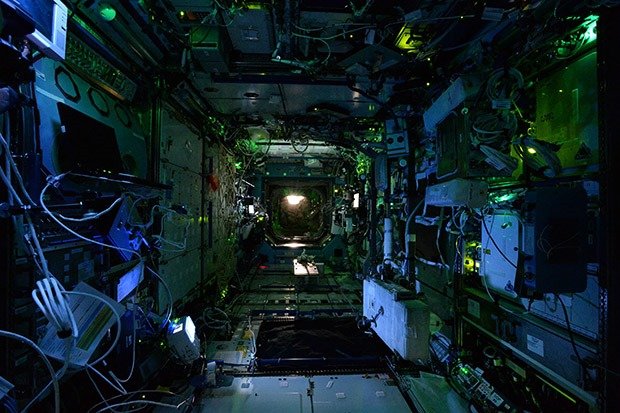 ISS with the lights off. 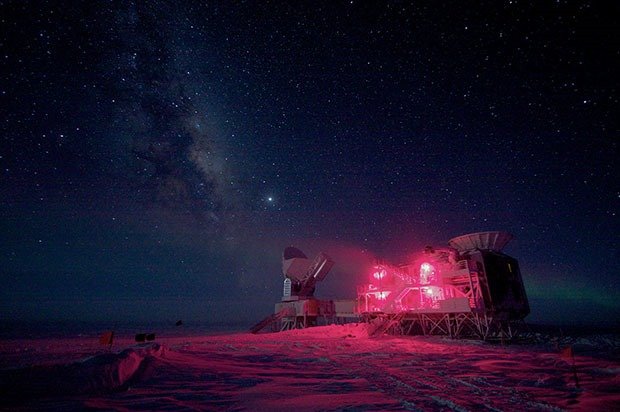 The South Pole Telescope. Yes, it is particularly fantastic. The extreme cold, the high altitude as well as the lack of Sun make water vapor near non-existent. The humidity remains as low as the Sahara throughout the year, giving the clearest skies in the world. That being said, this is a picture of BICEP2. It was built to observe cosmic microwave background radiation and the shortest wavelengths it can detect are about a millimeter in length, which is about 1000 times longer than the visible spectrum. So this telescope is not for viewing stars. The main purpose was to observe B-modes from the gravitational waves which they succeeded in last year. The findings largely confirmed Cosmic Inflation, first theorized in 1980. It was big news last year. 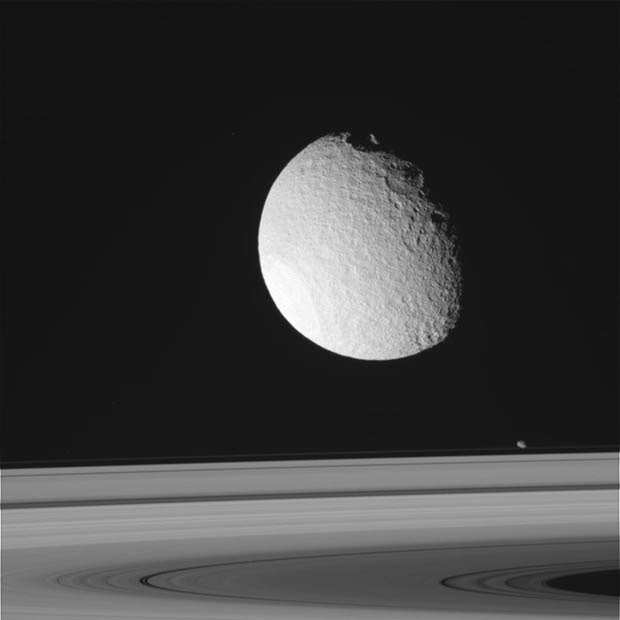 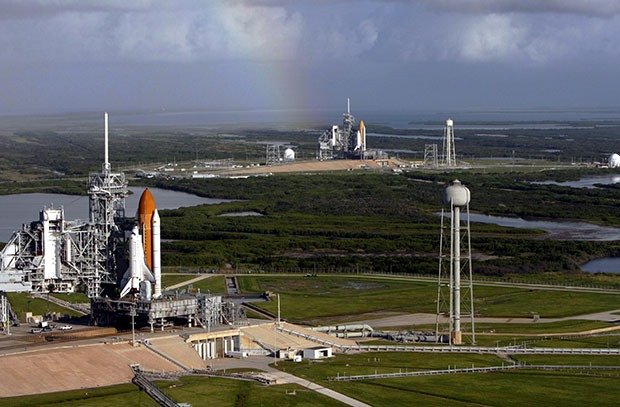 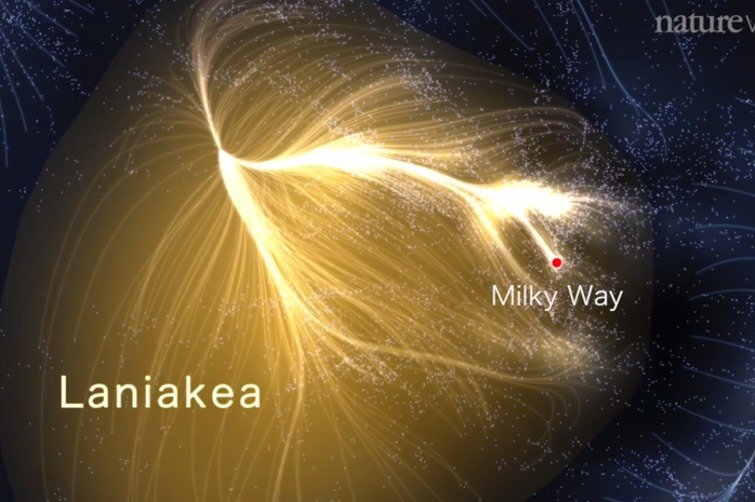 This is the most detailed map yet of our place in the universe. 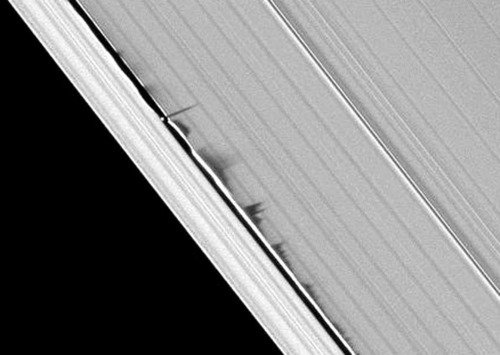 Gravity from Saturn’s moon Daphnis creates vertical structures in the ring material, up to 1.6 miles high, which in turn casts shadows on the ring. 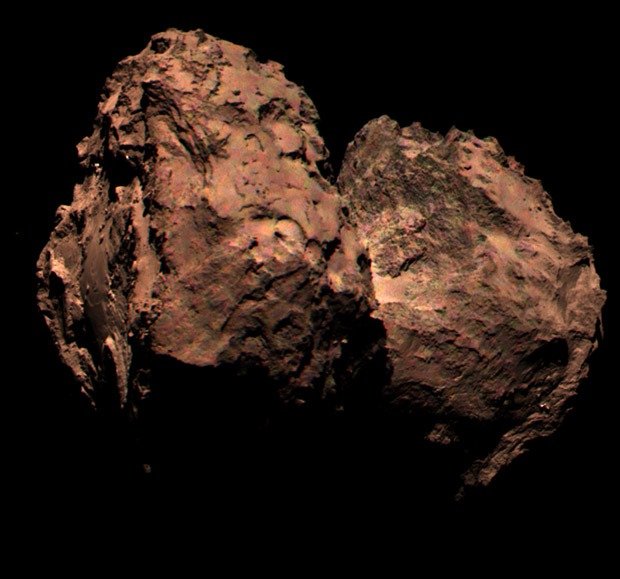 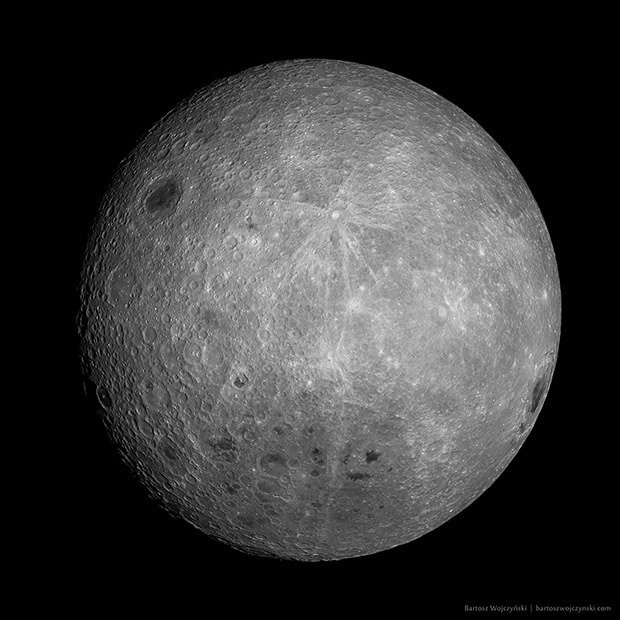 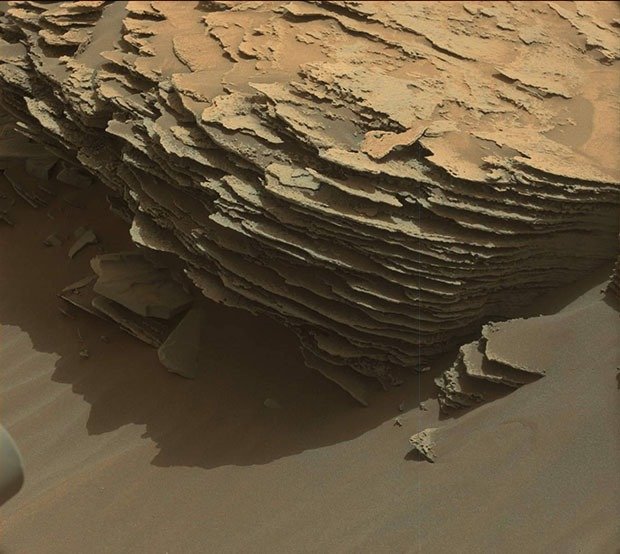 Curiosity’s view of some cool-looking rock layers on Mars. 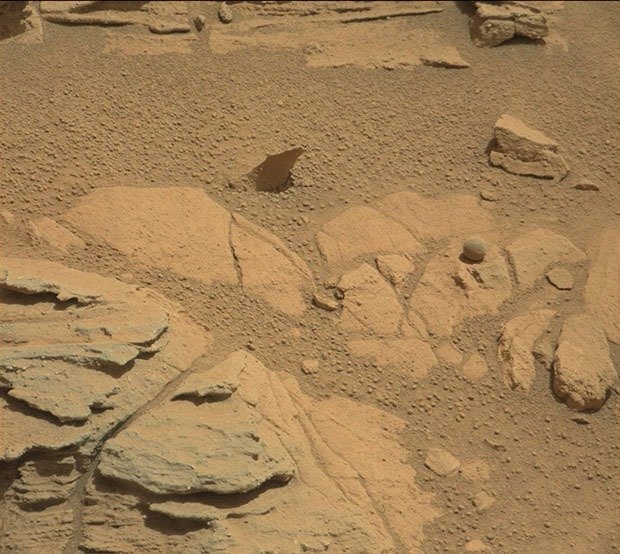 The ball of Mars has been found by Curiosity Rover. These are natural rock formation that even occur here on earth known as Concretion.