Here are 25 Kickass and Interesting Facts About Borders. 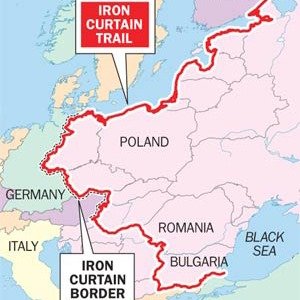 1. There is a species of deer in Germany who don’t cross the border where the Iron Curtain once stood, even though that border has been gone physically for 20 years. – Source

2. In Denmark during WWII, border guards would screen homecoming Danes by making them say the name of a dessert: rødgrød med fløde. Due to its difficulty in pronunciation, German infiltrators could not pass the test. – Source

3. A Mexican theme park stages a fake border crossing with a 7.5 mile night hike for about $18 a person. – Source

4. There is a Bed and Breakfast called The Smuggler’s Inn directly on the US-Canadian border. The main attraction is watching smugglers cross the border with night vision binoculars. – Source

5. The US-Canada border is the longest border in the world without a military defense. – Source 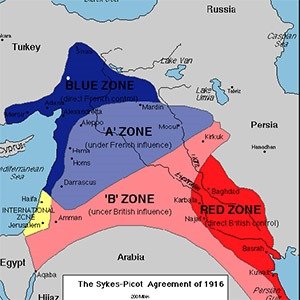 6. Most of the Middle East’s borders were drawn up by a pair of English and French aristocrats in 1916. – Source

7. North and South Korean armies choose their physically toughest looking soldiers to have a constant ongoing “stare down” across the Korean border to determine who is more powerful. – Source

9. As a result of the ambiguous boundary between the U.S. and Canada, in 1832, a region of territory in northern New Hampshire declared independence as a sovereign state named the Republic of Indian Stream. – Source

10. Al Gore’s father once proposed, in Congress, “something cataclysmic” be done to end the Korean War. His suggestion involved creating a radiation belt on the 38th parallel using atomic bombs to turn the border of North and South Korea into a permanent toxic wasteland. – Source 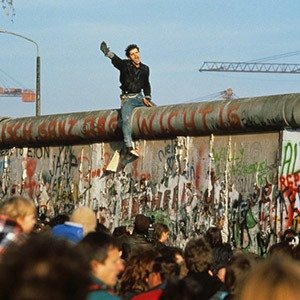 11. The Berlin Wall was torn down by mistakenly-empowered citizens after an East German spokesman misspoke at a press conference and mentioned immediate border crossing privileges for every citizen. – Source

12. Poland, without changing its own borders, no longer borders any of the countries it did in 1989 – Source

13. The US government has a law enforcement unit consisting entirely of Native Americans who use indigenous tracking/ranging methods to catch drug smugglers on the US-Mexican border. Their unit is called “The Shadow Wolves.” – Source

14. The militarized border between North and South Korea, with practically no human inhabitants, has become a refuge for multiple endangered species. – Source 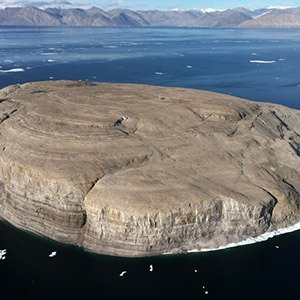 16. There is a long-standing and heated territorial dispute between Canada and Denmark over Hans Island, which is uninhabited. Interestingly, if the island is split in half as recently proposed, it would double the number of land borders of each country. – Source

17. All the trees have been removed across the entire 8,800 km span of the U.S and Canadian border. – Source

18. The US Border Patrol has jurisdiction within 100 miles of the nation’s borders or ocean boundaries (encompassing most major cities), and can request proof of citizenship from anyone there at any time. – Source

19. The original border between North and South Carolina was marked with stones and marks on trees, and is now lost. – Source

20. Nik Wallenda, the last man to cross over Niagara Falls on a tightrope was required to submit his passport to border agents upon arrival. – Source 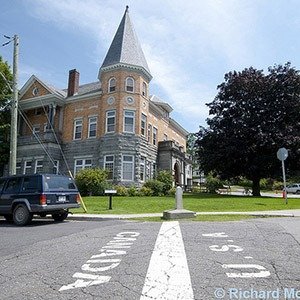 21. Haskell Opera house straddles the US/Canada border, and inside, the seats are separated by a line. If you do not exit the same side that you entered, you have committed an international incident, and are subject to arrest. – Source

22. If you cross the border between China and Afghanistan, you’ll need to adjust your watch by 3.5 hours. – Source

23. In 1931, after Texas Rangers barricaded a bridge spanning the Texas Oklahoma border, Oklahoma Governer “Alfalfa Bill” Murray appeared at the site armed with a revolver, backed by the Oklahoma National Guard, to reopen the bridge. This bloodless “Red River Bridge War” even got the attention of Adolf Hitler. – Source

24. During World War 2, the United States asked for Mexicans to cross the border to work agricultural jobs. – Source

25. Actor Thomas Kretschmann, who appeared in King Kong and The Pianist, made a month-long trek from East to West Germany to escape communism when he was 19. He crossed 4 borders with only a passport and the equivalent of $100 and lost part of his finger to frostbite. – Source