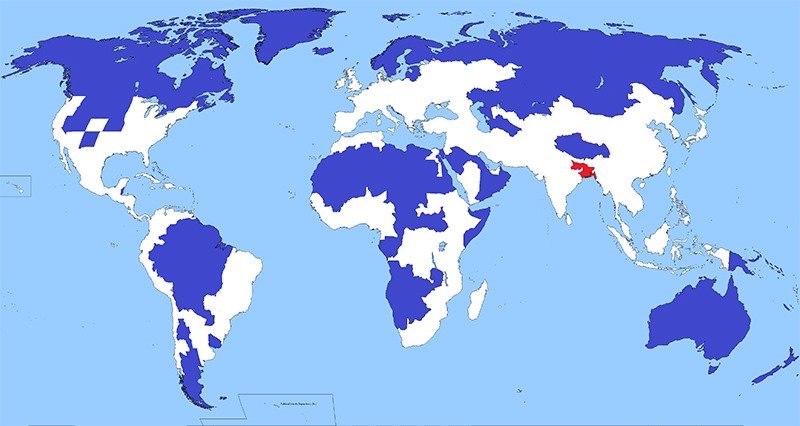 One includes several of the major OECD countries, such as Australia, Ireland and Canada, as well as nine US states. The other includes just one country – Bangladesh – and three eastern Indian states: Bihar, Jharkhand, and West Bengal. The remaining 90 percent of the world? Well, they’re spread out across the remaining white area.

This map is based on population figures taken from the Credit Suisse Global Wealth Databook. While it’s always fascinating to see the variation in population density around the world, this map is particularly thought-provoking because most of us will struggle to immediately identify the countries in the red zone.

Here’s another interesting fact: The U.S. state of California has a higher population than either Canada or Australia. Yet you could fit 23 California’s into Canada.