The Gypsies, or Roma, or Romani (so called because of their concentration in Romania) are a far-flung distinctive population with a lot of diversity.

Gypsy DNA can sometimes be conflated or confused with Jewish DNA because both populations originated in the Middle East and often lived in the same Central European areas in modern times, but true Gypsy matches usually come with Indian, especially north Indian matches, because that’s where the Gypsies lived around the 900s before they backtracked into Iran and Turkey and eventually crossed the Bosporus into Europe.

The Gypsy language, Romani, shows a strong Romanian influence but its basic vocabulary and grammar point to a north Indian origin. The Gypsy religion, on the other hand, is not Indian or Hindu but closest to Jewish, Persian and Zoroastrian forms of monotheism. 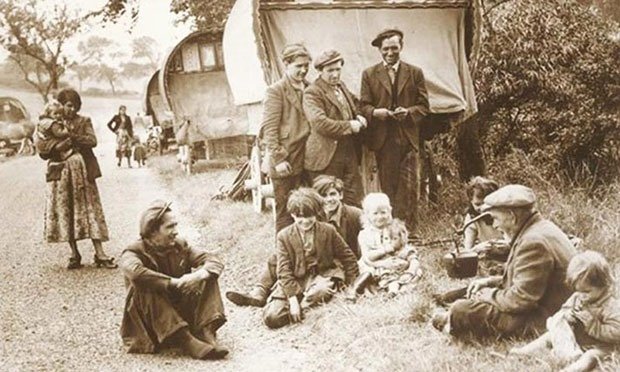 Gypsies played specific social functions within wider European societies. Some academics have argued that they form the ideotypical case of “service nomads” (academic paper on it, though the term was introduced almost a decade earlier by Robert Hayden).

The Roma historically earned their living by a few “service” professions, rather than as merchants or farmers or employees of the state. They worked as entertainers and fortune-tellers, certainly, but they were also well-known as tinsmiths (“tinkers”, which is how they’re frequently referred to in older literature). They could go around repair metal devices. Similarly, they used to arbitrage worn out horses into productive uses, be it glue or animal feed. Like Tinkers, this occupational name became an ethnic nickname in some places, and in some older works, you’ll see Roma and similar groups referred to as “Knackers” broadly.

Many nomadic groups in India historical did similar things. But they’re not alone. We normally think of nomads as either hunter-gatherer (like the San “Bushmen” of the Kalahari or many of the Plains Indians) or herdsmen (like the Arab Bedouins, the Masai in East Africa, or many of the Steppe societies). We’re much less likely to think of nomads who exist in direct relationship with settled societies and fill a clear social niche providing services or access to trade goods or both. Even in Europe, you find several groups occupying the same social niche as the Roma without actually being Roma: Irish Travelers, the Yenish, Scottish Travelers, Norwegian Travelers, etc. The various “Sea Gypsy” groups of Southeast Asia fill a roughly analogous social niche. These groups sometimes overlap with the idea of “Middleman Minorities“, also sometimes called market dominant minorities. 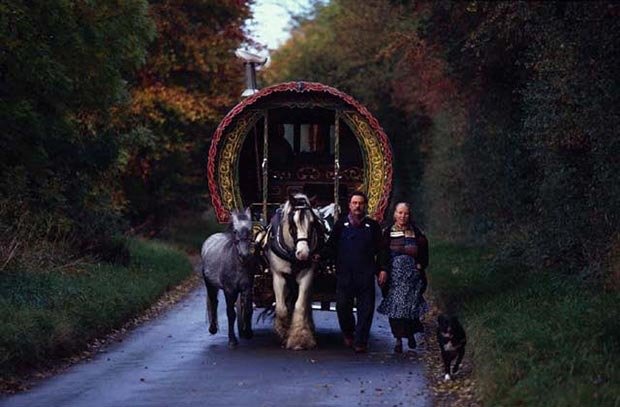 All these groups rely on extensive intraethnic networks and large intraethnic trust. In economic theory, one way that trust is generated within groups is if people have to give off “costly signals” that they are trustworthy. Maintaining the “strange customs” of one of these groups (be they Jewish, or Roma, or any of the other service nomad groups) was one of the standard ways to show you were trustworthy to other members of the group, and that therefore they can safely start up trade relationships with you. Additionally, groups tended to have strong internal norms that would generate sanctions for people who violated them, again strengthening intragroup unity and letting strangers within the group more easily trust one another. These groups also tended to have long distance relationships so that there were fewer degrees of separation between people which also benefited intragroup trust.

Keep in mind this is quite different from the mostly peasant societies that these service nomads lived among–one of the most striking things about peasant societies is that people are very tied to the land, and tend to have very geographically restricted networks with high amounts of trust within a village and less trust as one moves further away. I don’t mean to say that all this cultural stuff was purely functional and that we can just ignore its content, but just as these groups filled niches in agricultural peasant-based societies and fulfilled some social functions, their own norms, and social patterns also had social functions. Unfortunately, as societies change, particularly in the transition from agricultural to industrial society, social patterns that were once advantageous–like nomadism and high degrees of in-group solidarity and out-group distrust–can end up arguably being disadvantages.