In the continuing photo series from countries, here are a set of 30 photos from Japan. 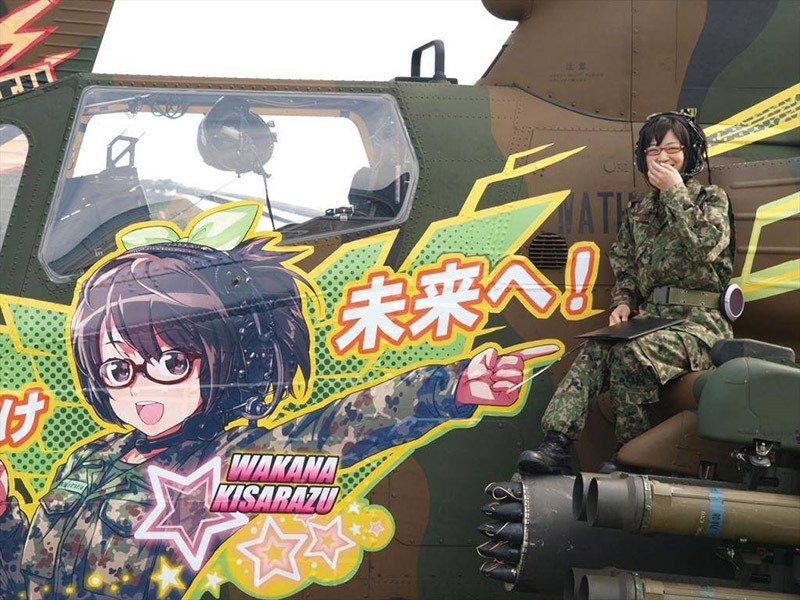 A Cosplayer and her manga portrait decal on the 45th anniversary of the Kisarazu Air Field. The character on the helicopter is one of the four mascots of the Fourth Anti-Tank Helicopter Squad, which is ironic as women cannot serve as anti-tank pilots. After this event the squad got in trouble with the Ground Staff Office and were told not to do anything with the characters. 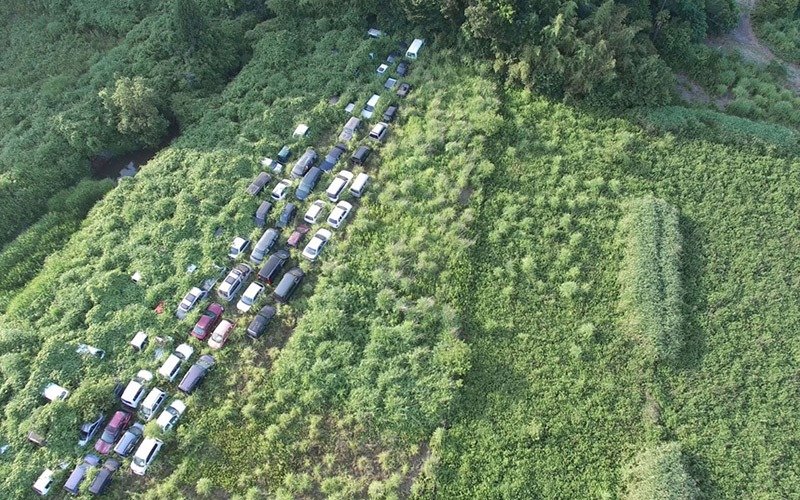 Nature quickly reclaiming the Fukushima nuclear disaster exclusion zone. That photo is not of cars abandoned on the road and never moved. They were towed to a grassy field. If you want to virtually tour these areas yourself, Google was allowed to Street-View the towns in 2013. Just go to Google Maps and pick a town and start touring. Shimonogami is a good starting point as it is the closest abandoned town to Fukushima Daiichi. 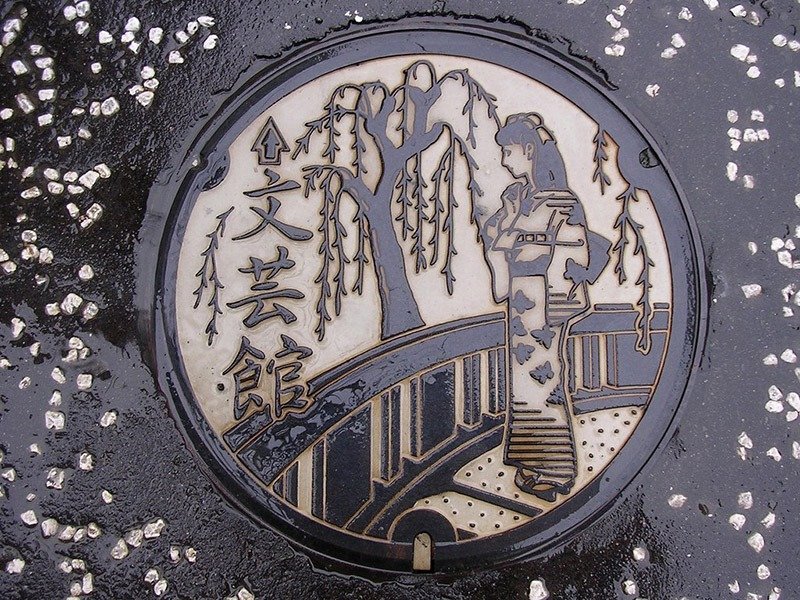 Manhole cover in Japan. Japan has really interesting-looking manholes in quite a few places. It’s really neat to see art in the city, through that format. Here are a few more if you are interested 1 2 3 4 5. 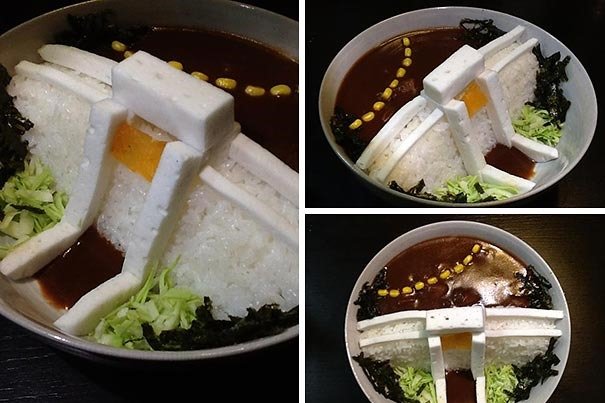 Damukare, or ‘dam curry’ is a thing in Japan.  As the name would suggest, it’s a plate of curry rice, but the rice is formed into the shape of the dam. Curry pools on one side of the rice dam, andtonkatsu (a type of cutlet), meat, vegetables stay on the other. Everything is dry and separate and neat! Plus, you can engage in your darker fantasies, break the damn and flood your veggie metropolis with curry. 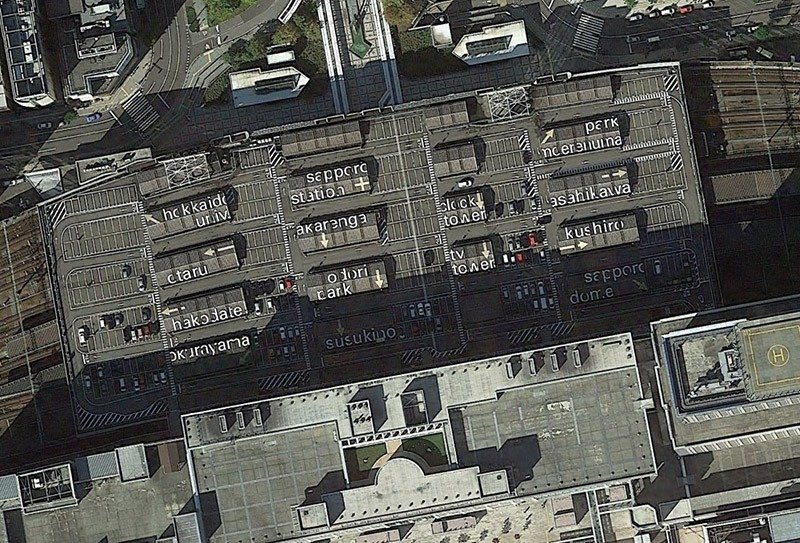 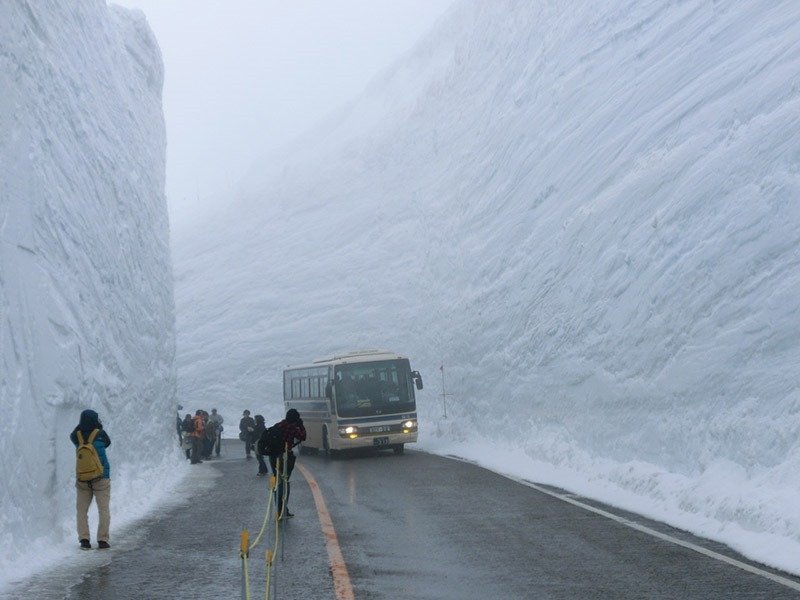 What 60 feet of snow cleared in Japan looks like. 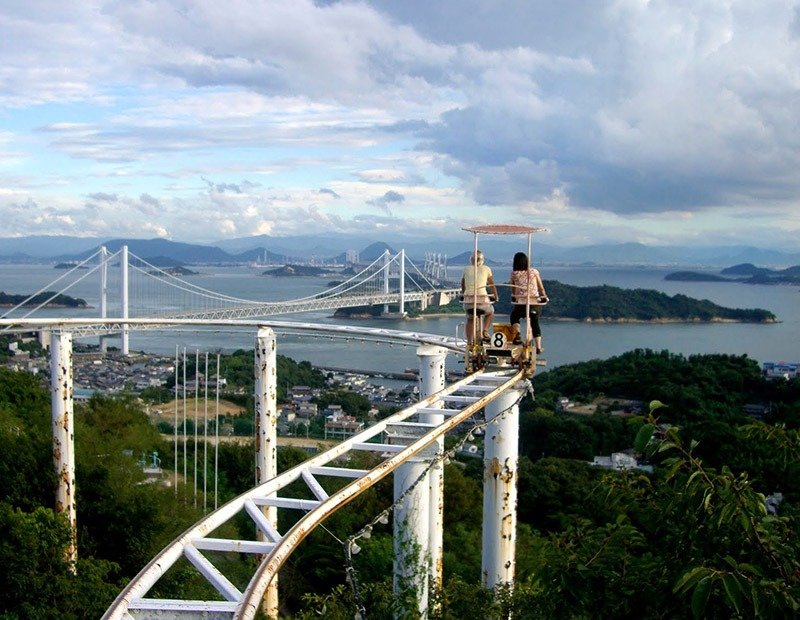 This is the Skycycle, a ride in Japan that is pedal powered. 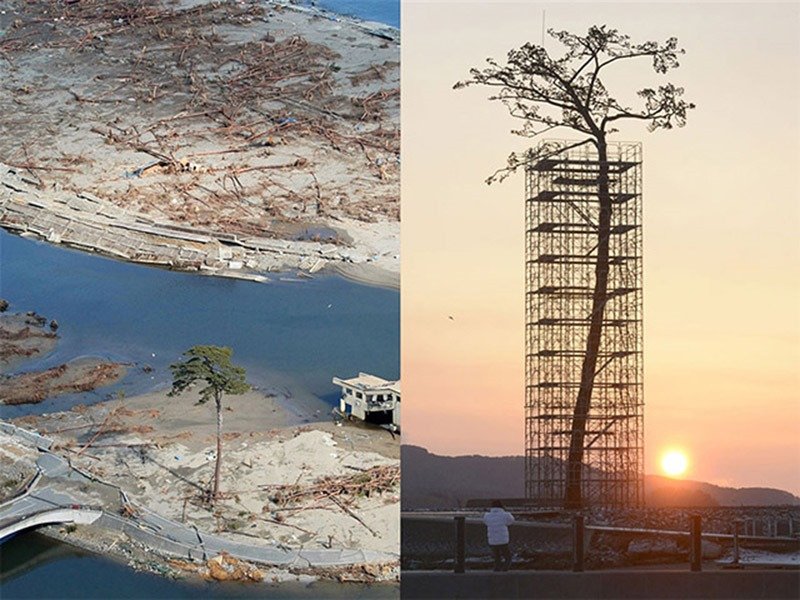 The only tree that survived the tsunami in Japan between 70,000 trees. Today protected and restored. Its been cut into 9 pieces, hollowed out and filled with a carbon center. It isn’t a tree anymore, its a wooden skinned statue. The tree was destroyed due to seawater damage to its roots. 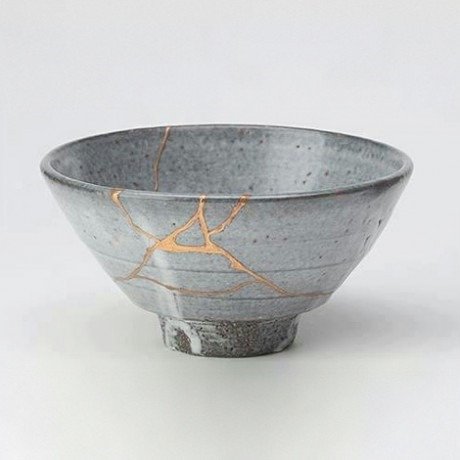 Kintsukuroi – the Japanese art of repairing broken pottery with gold. 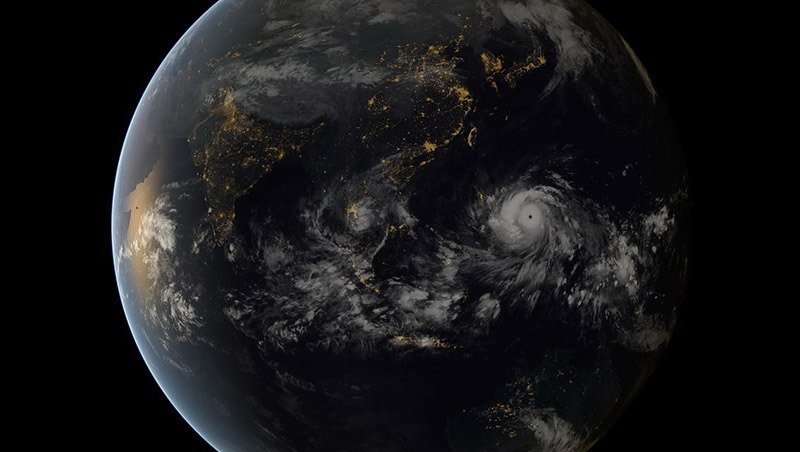 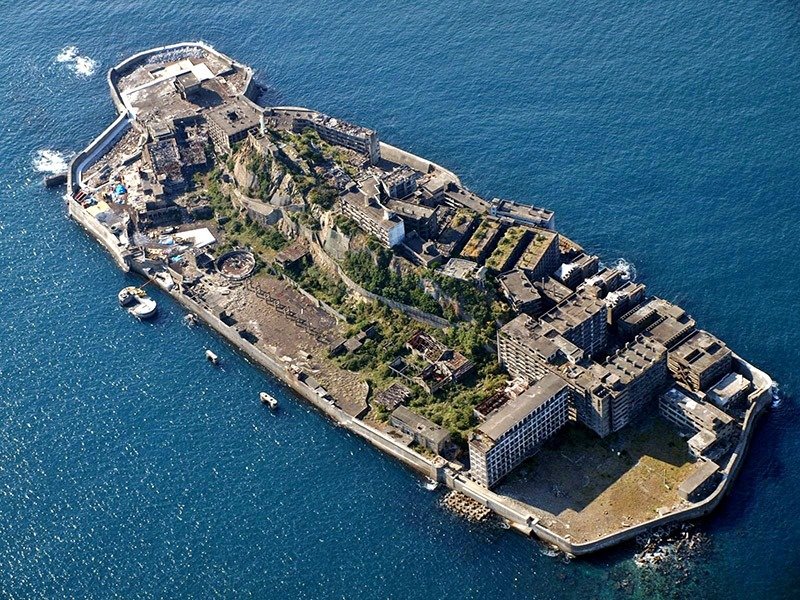 ‘Battleship Island’, one of Japan’s most famous abandoned islands. Hashima Island is one of 505 uninhabited islands in Nagasaki Prefecture. The island’s most notable features are the abandoned historical concrete buildings, undisturbed except by nature, and the surrounding sea wall. While the island is a symbol of rapid industrialization of Japan, it is also a reminder of its dark history as a site of forced labor prior to and during the Second World War. The island reached a peak population of 5,259 in 1959. In 1974, with coal supplies nearing depletion, the mine was closed and all of the residents departed soon after, leaving the island effectively abandoned for the following three decades.

On 9th August 1945, America dropped its second atomic bomb on Nagasaki. Sumiteru Taniguchi shows effects of that unfortunate incident that he lived with all his life. His back was torn apart in the blast that left the unnatural scars which still hurts. It took him 21 months to heal his wounds. During that time, his joints were locked and he lived his life with much discomfort and pain. Even after 70-years, he is unable to straighten his left arm while his wife daily rubs moisturizer on his scars, because it burns. During his treatment in the hospital, he heard nurses saying, “is the man here still breathing or not?” His state was very critical, and he remained unconscious for many days. He now leads the Nagasaki survivors’ group. He and his group hope that no one will ever suffer from the pain of nuclear blast. 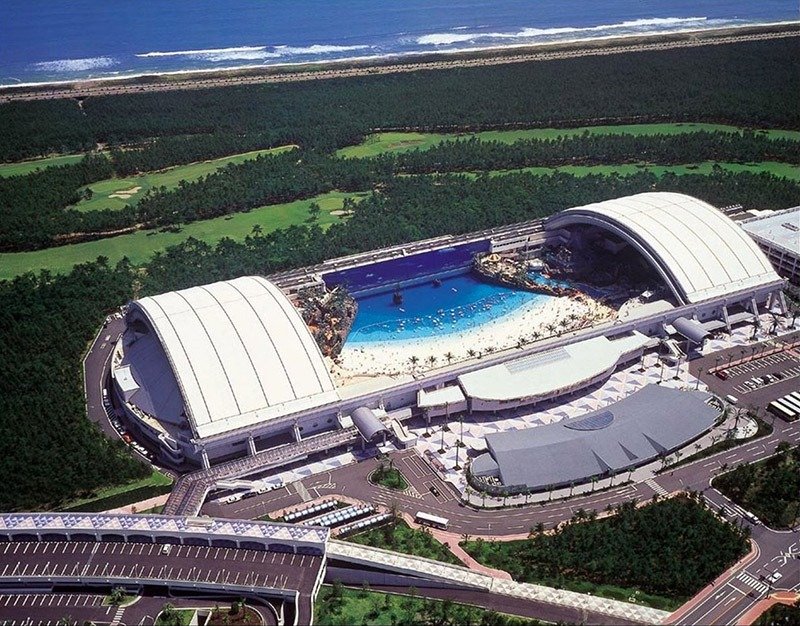 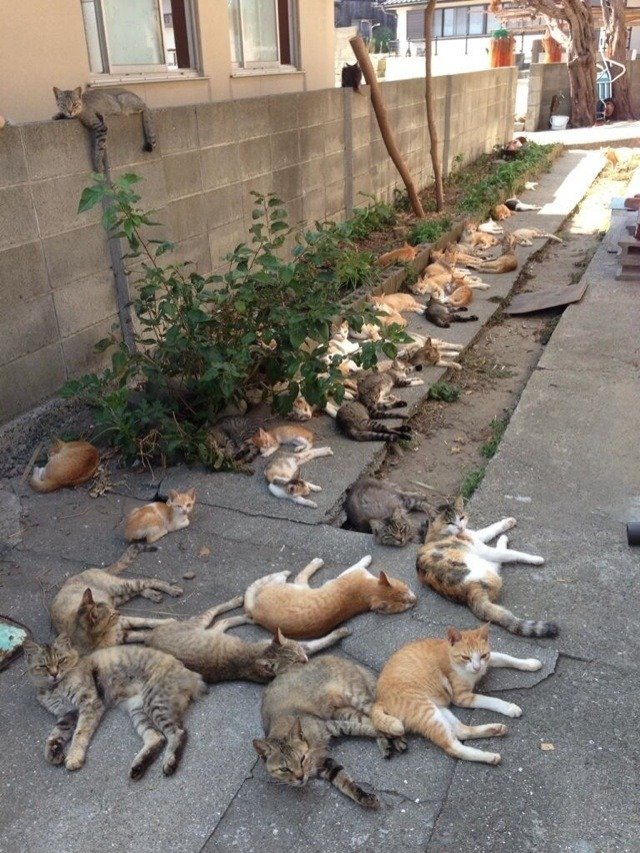 Japan’s “Cat Island”, Tashirojima, has more feral cats than people. The island even has houses that are cat themed like this and this. 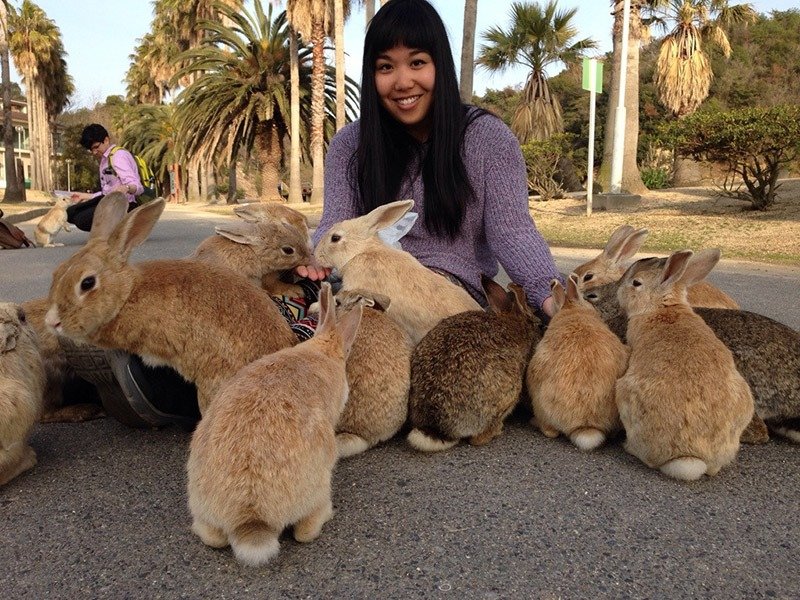 Ōkunoshima, Japan’s “Bunny Island.” Before it became “bunny island,” it was once the Japanese imperial army’s most important facility, where the research, development, and production of poison gases used to be. That’s how the bunnies got there. Their ancestors were used to test new poisons. When the facility was closed the rabbits were let loose.