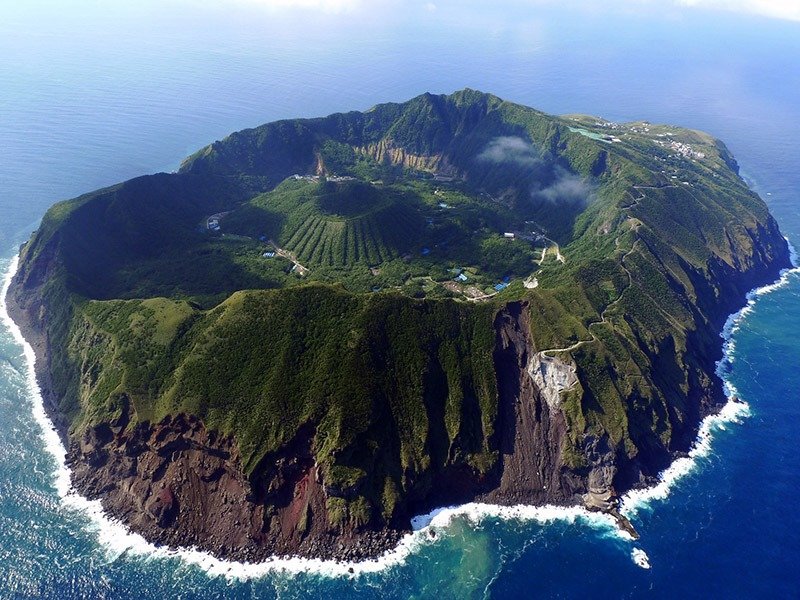 Aogashima Island, Japan. Aogashima is a volcanic Japanese island in the Philippine Sea, administered by Tokyo and located approximately 358 kilometres (222 mi) south of Tokyo. The biggest attraction is Aogashima’s double volcano. The island itself is a giant volcanic crater, and within that crater there’s another, smaller volcano. Aogashima is a complex volcanic island 3.5 km (2.2 mi) in length with a maximum width of 2.5 km (1.55 mi). The island is surrounded by very steep rugged cliffs of layered volcanic deposits. The southern coast also rises to a sharp ridge forming one edge of a caldera named Ikenosawa with a diameter of 1.5 km (0.9 mi). The caldera dominates the island, with one point on its southern ridge, Otonbu with a height of 423 metres (1,388 ft), as the island’s highest point. The caldera is occupied by a secondary cone named Maruyama. The village of Aogashima administers the island under Hachijō Subprefecture of Tokyo Metropolis. As of 2009, the island’s population was 205. Aogashima is also within the boundaries of the Fuji-Hakone-Izu National Park. 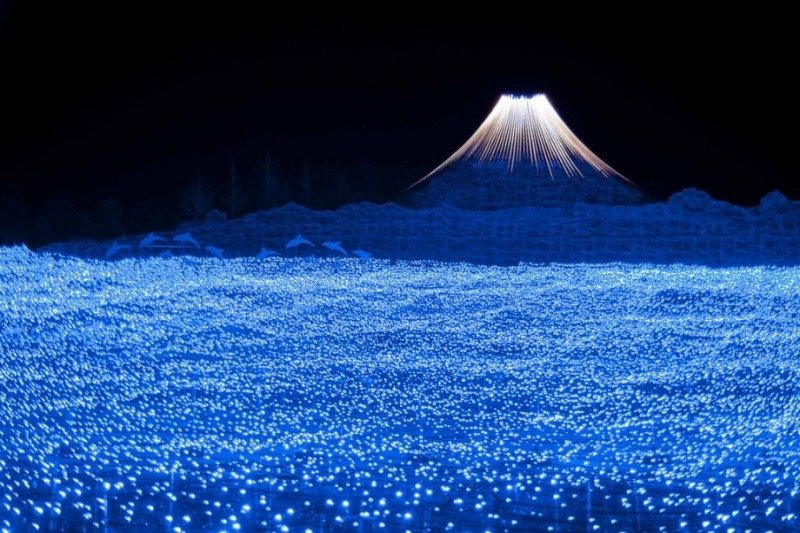 Japan’s Winter Lights Festival. Here is an album with more pictures from the festival. 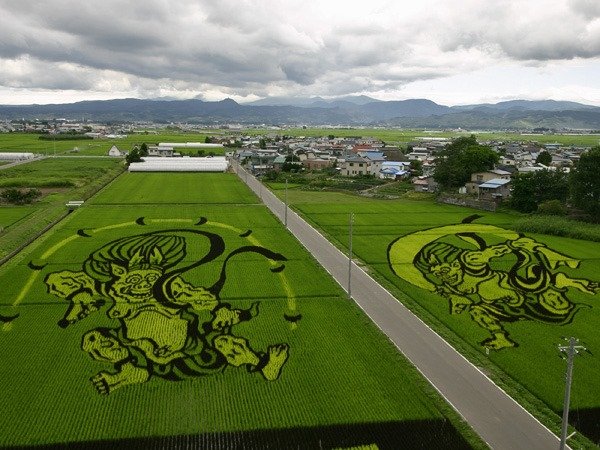 Amazing Japanese rice field art. The different colors aren’t painted on, but come from different rice breeds that has been engineered in different colors. It gets bigger and more impressive every year. 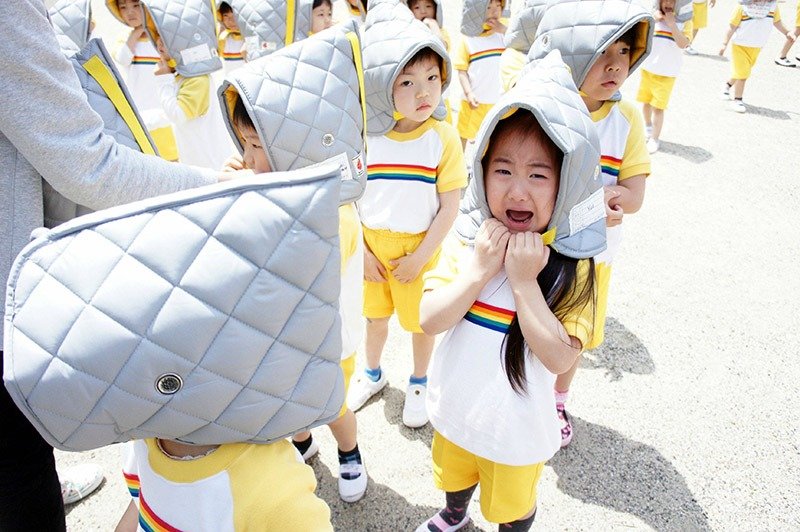 Earthquake drill in Japanese kindergarten. These drills happen through out public school education. The things they are wearing are actually seat cushions, which in case of earthquakes can be taken out of their casing and put over your head to protect you from sharp edges and debris. 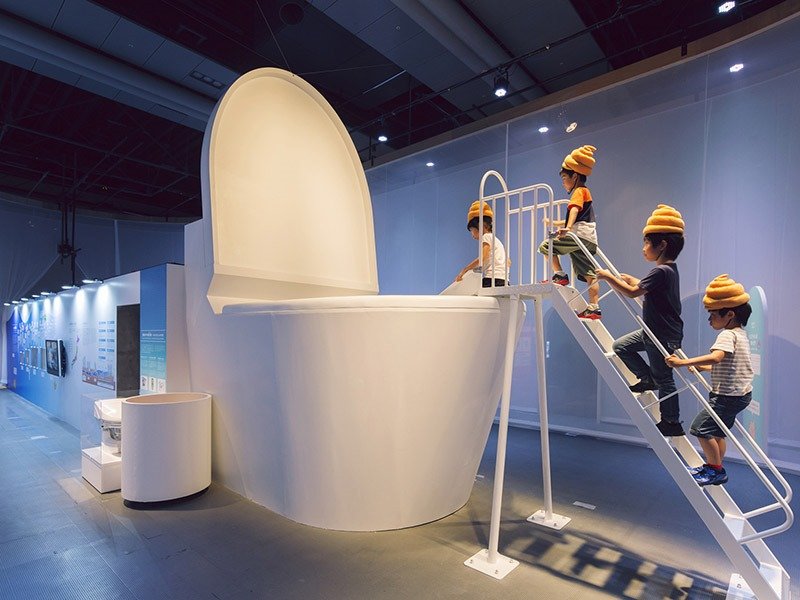 Japanese children wearing feces-shaped hats line up to slide down into a giant toilet, simulating the magical journey of human waste matter through a virtual sewer world, at a toilet exhibition in Tokyo. 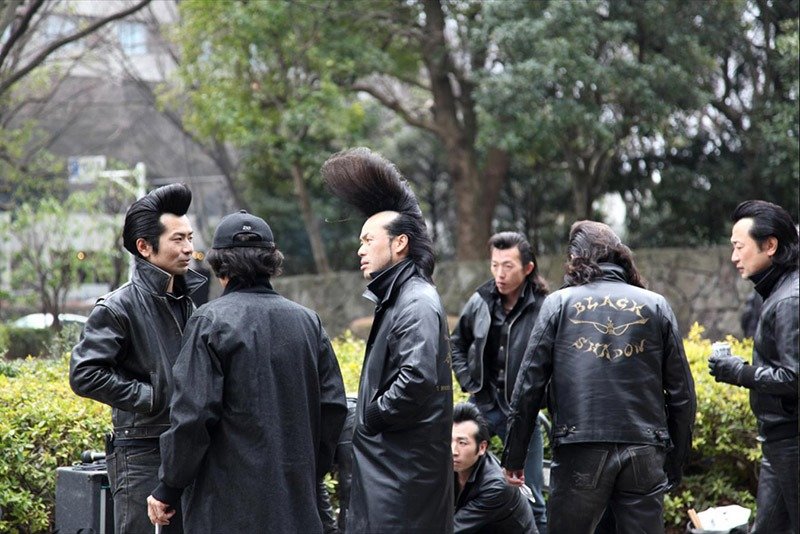 These are members of Tokyo Rockabilly Club. They have been gathering every Sunday in the city’s famous Yoyogi Park near Meiji-Jingumae station for thirty years to celebrate the rebellious spirit of a bygone era. Imitation of the American Rockabilly style and manner became mainstream culture thanks to Japanese music labels looking to make a profit with their cover bands. The trend saw a revival in the 1970s, not only in music but in the extreme re-imaginings of the fashion, which is likely how the Tokyo Rockabilly Club was born. 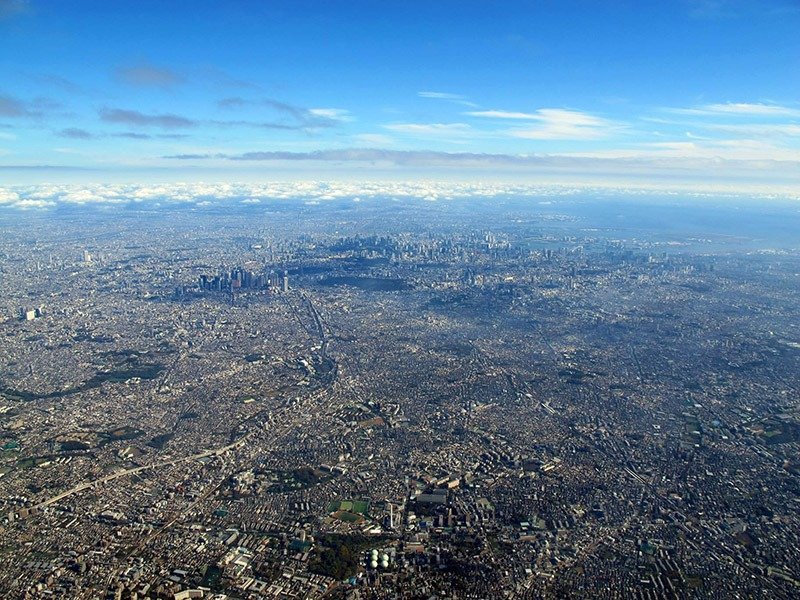 Urban Sprawl – Tokyo as seen from a helicopter. For perspective, this is the greater Tokyo area superimposed onto the United Kingdom. 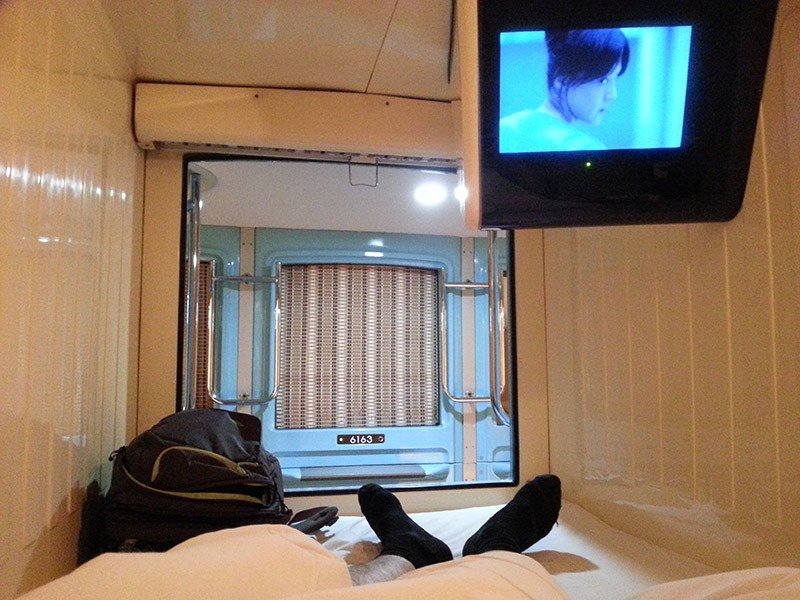 The view from inside a capsule hotel ‘room’ in Tokyo. 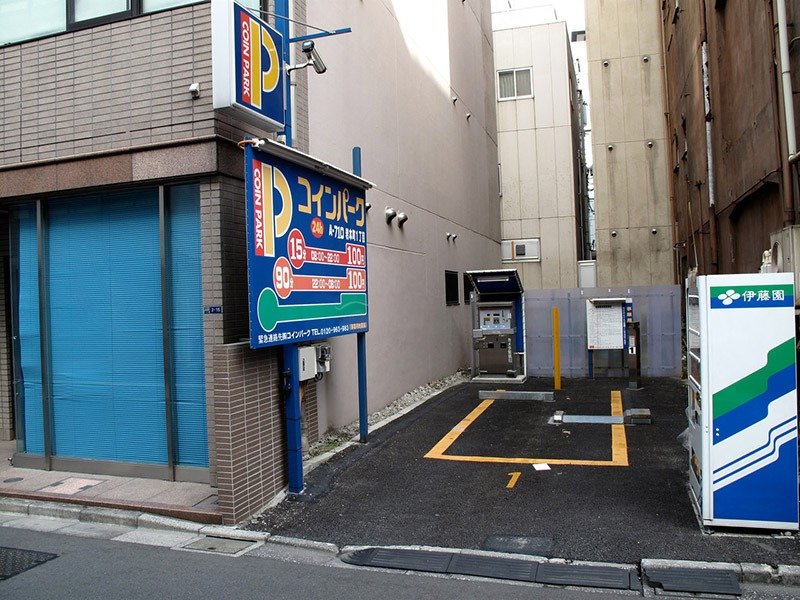 A 1 space parking lot in Tokyo, with all the equipment as though there were 100 spots. 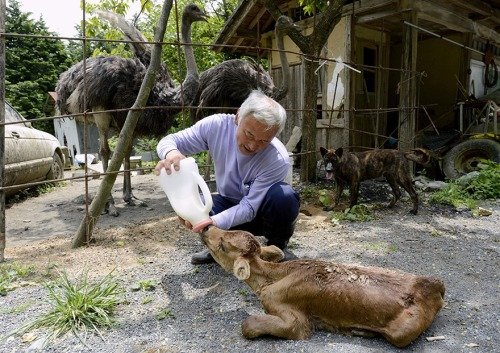 Naoto Matsumura is the only human brave enough to live in Fukushima’s 12.5-mile exclusion zone. He fled at first but returned to take care of the animals that were left behind. He returned for his own animals at first, but realized that so many more needed his help, too. Matsumura, who is 55 years old, knows that the radiation is harmful, but he “refuses to worry about it.” “They also told me that I wouldn’t get sick for 30 or 40 years. I’ll most likely be dead by then anyway, so I couldn’t care less. Matsumura discovered that thousands of cows had died locked in barns. He also freed many animals that had been left chained up by their owners.Many of them now rely on him for food. The government has forbidden him from staying, but that doesn’t stop him either. He started in 2011 and is still going strong. He relies solely on donations from supporters to work with and feed the animals. His supporters are calling him the ‘guardian of Fukushima’s animals’. 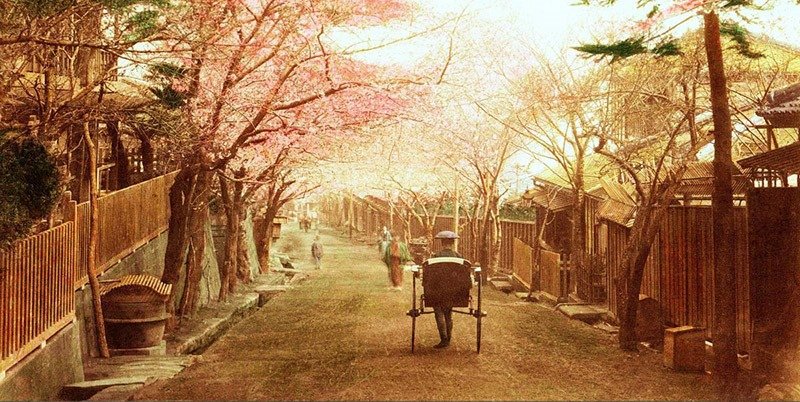 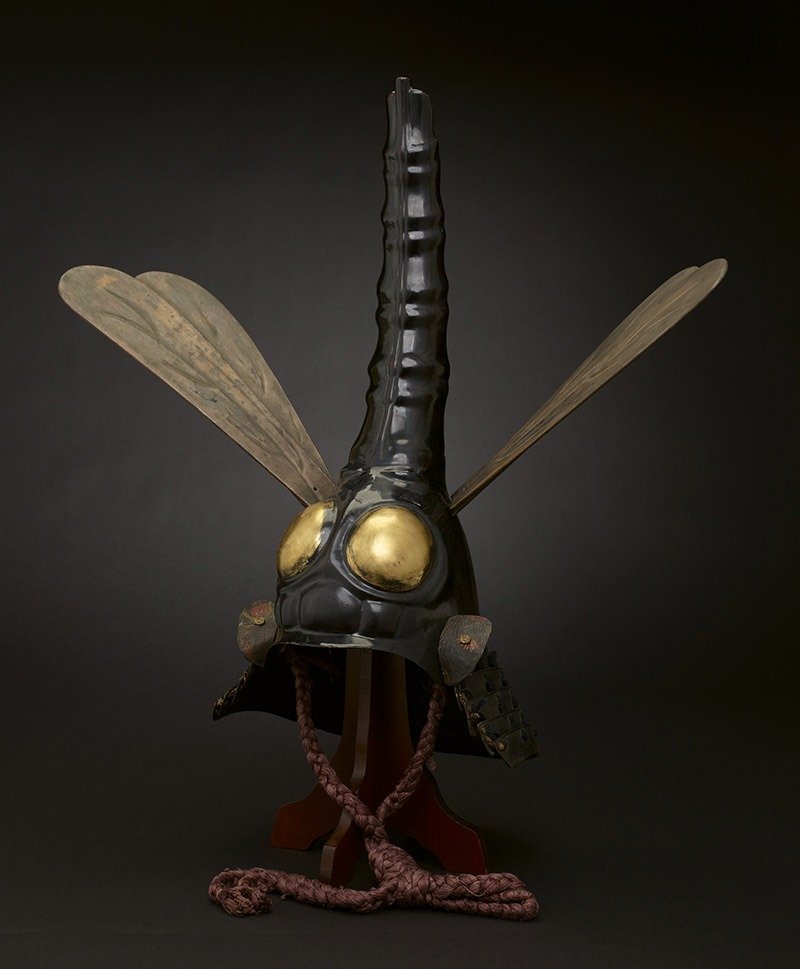 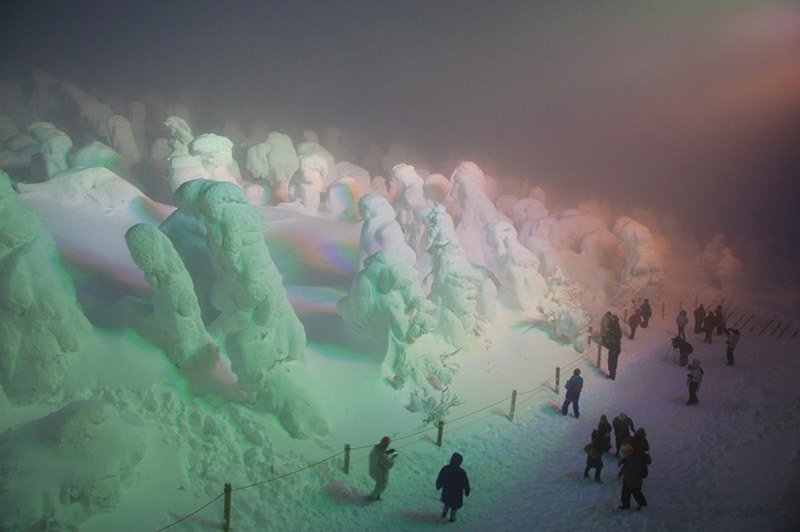 Ghostly trees covered in snow and rime ice — known as “snow monsters” in the mountainous areas of Northern Japan. 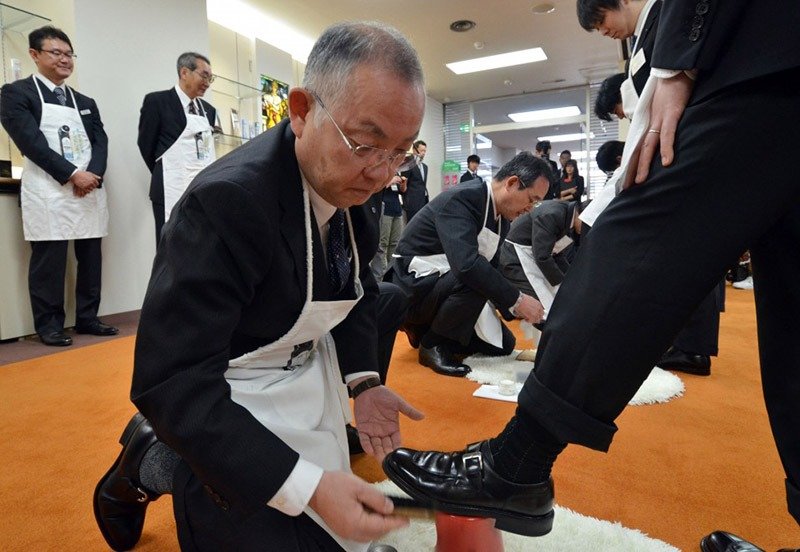 A senior employee of Japanese shoe cream maker Columbus polishes shoes of a newly recruited employee during an entrance ceremony at the company’s headquarters in Tokyo on April 1, 2013. Five newly hired employees learned how to use the company’s shoe polishing cream from senior staffs by having their shoes polished by them and practicing their freshly learned skills by returning the favor polishing the senior employees’ shoes. 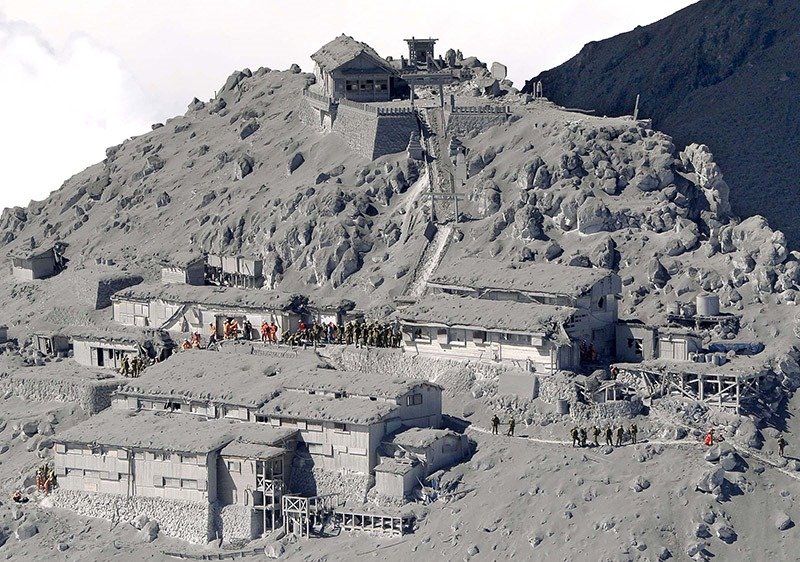