Here are 30 Kickass and Interesting Facts About Birds.  Click here for part 2 and part 3. 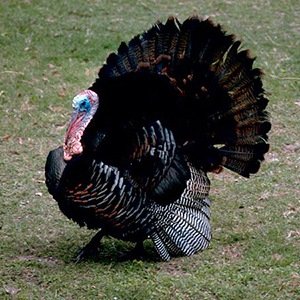 2. The Nijō Palace in Kyoto, Japan has special floors that squeak when walked upon, a sound that is very similar to the Nightingale birds. So when attackers tried to kill the Shogun, they would give their position away, but would only think that the birds outside are chirping. – Source

3. A budgie named Puck is listed in the Guinness World Book of Records as “The bird with the largest vocabulary in the world,” with a vocabulary of 1728 words. Also, he wouldn’t just mimic, he would often create his own phrases and sentences. – Source

4. There is a bird named Honeyguide, which guides humans to beehives, so that they can feast on the bee larvae after humans takes the honey. – Source

5. Urban birds now perform a sort of ‘avian rap’ with short and fast songs while their rural counterparts stick to slow melodies – Source 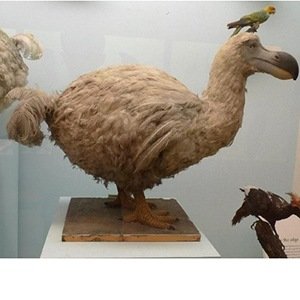 6. The Dodo bird was actually a giant pigeon. It grew and lost its ability to fly due to Island Gigantism (no predators on the isolated island). – Source

7. The term ‘Sniper’ originally referred to hunters skilled enough to shoot a Snipe, a species of bird. – Source

8. A commons wift (bird) can spend its first two to three years in the air flying before breeding and making its first ever landing. – Source

10. Chili peppers evolved to be spicy because heat repels most animals except for birds, which are responsible for spreading their seeds. – Source 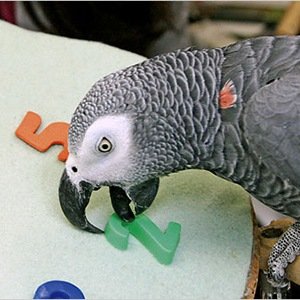 11. Alex the Parrot was trained by having a role model/rival steal the affections of his handler by providing the correct answers to questions. The parrot would effectively get jealous and learn the answer to win back its handlers attention. – Source

12. The world’s largest parrot is also flightless and nocturnal. There are only 126 left in the world, and they spend their days hiding from giant eagles that went extinct hundreds of years ago. – Source

13. Mao Zedong started a campaign to remove sparrows from China, by making noise to keep them in flight and exhaust them, without realizing that they eat locusts. The resulting ecological imbalance helped exacerbate The Great Chinese Famine. – Source

14. Kim Jung Il wanted to make his father a quilt from the softest material in the world so he, with the help of the North Korean populace, killed 700,000 sparrows for their neck feathers. – Source

15. A whitewater rafting company trained a flock of carrier pigeons to carry rolls of film containing pictures of the rafters back to the base to be developed and available for purchase by the end of the trip. – Source 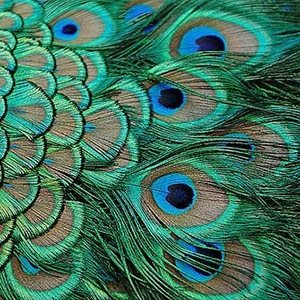 17. The Peacock is an example of “Runaway Selection”, a mismatch in the processes of natural selection and sexual selection. Females chose males with showier tails and over time this led to heavier tails and slower peafowls. Without human intervention, the peacock may be extinct. – Source

18. A white dove landed on Fidel Castro’s shoulder while he gave a speech, just after he liberated Cuba. It sat there one hour. – Source

19. Chickens were first domesticated not for the purpose of food or egg production but for cock fighting, and in fact it wasn’t until the 20th century that egg and meat production began to be stressed. – Source

20. Almost all the commercially raised turkeys in the U.S. are the product of artificial insemination. Selective breeding has left male turkeys with such large breasts that they are unable to have sex. – Source 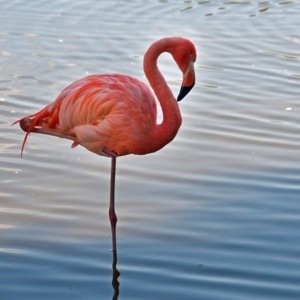 21. The reason flamingos stand on one leg is to preserve body heat (water can rapidly draw away heat). In hotter weather, they tend to stand on two legs. – Source

22. A large group of flamingos is called a flamboyance – Source

23. Crows recognize human faces and hold grudges against ones they do not like. – Source

24. Ostriches are the largest and heaviest birds in the world, they can outrun Leopards, their kick is strong enough to kill a Lion, male Ostriches can roar like a lion and they can see as far as 2.2 miles (3.5 km). – Source

25. Ostriches sometimes kill lions instead of trying to outrun them. – Source 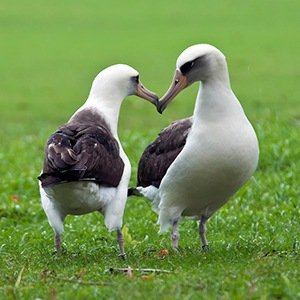 26. Albatrosses date for years before making a commitment. – Source

27. At the age of 62, Wisdom the Albatross is the oldest known wild bird. Wisdom still circumnavigates the Pacific annually and just hatched her 30th child (at least) on Midway Atoll. Wisdom has flown 2 to 3 million miles since 1956, which is equivalent to four to six trips to the Moon and back. – Source

28. The logo of the Royal New Zealand Air Force is the kiwi, a flightless bird. – Source

29. To save whooping cranes from extinction, every year, a man dresses up as a whooping crane and flies with them across the United States to change their migration routes. – Source

30. The last Great Auk, an extinct bird, seen in the British Isles was killed after it was accused of being a witch. – Source

The Illusion of Choice (Infograph)