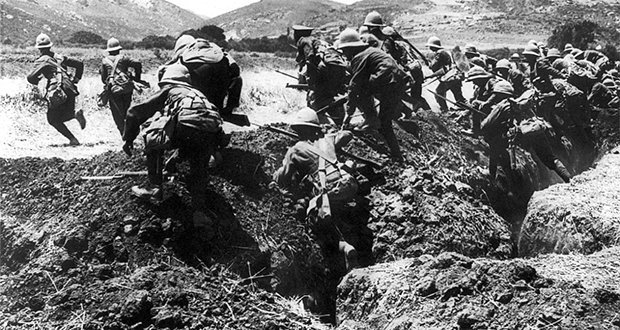 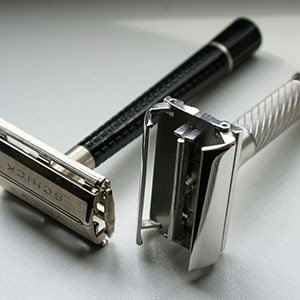 2. WWI pilots used to use pistols and carbines in air to air combat before guns were installed on planes. – Source

3. Rudyard Kipling urged John, his 18-year-old son to join WWI. He had such a bad eyesight that he was repeatedly turned down. Kipling used his connections with a Commander-In-Chief of the Army to get him in. John was sent into battle, where an exploding shell ripped his face apart. – Source

4. Because metal was in great demand WWI, corsets began to fade and bras became popular. – Source 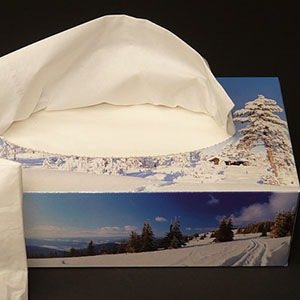 6. Kleenex brand of tissues were used as gas mask filters during the WW1. – Source

7. An American hero in WW1 had the amazing ability to sense approaching mustard gas, hear incoming artillery before anyone else and even caught a German spy. He was awarded multiple medals including the purple heart. He was also a dog. – Source

8. During World War 1, German and Allied forces came out of their trenches, on the Christmas day of 1914, to sing carols, trade equipment and even played football between their lines. – Source

9. In 1978 in Yukon, Canada, a bulldozer uncovered buried reels of nitrate film during excavation of a landfill. About 500 old films dating from 1910 to 1921 were uncovered. This included long lost newsreels of World War 1, and many long lost silent movies. – Source 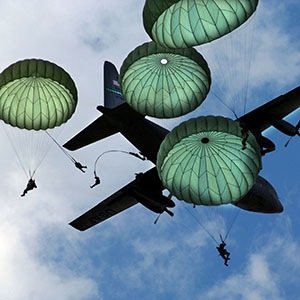 11. In WW1 British and American fighter pilots were never issued any parachutes because they were considered cowardly. – Source

12. With 1.7 million deaths during World War I, France suffered losses more than the total losses of the US armed forces in all conflicts since 1776, including the civil war. – Source

13. New Zealand had one of the highest casualty per capita (wounded and dead) rates in WW1, at 58%. – Source

14. The first use of anti-aircraft fire was not during World War 1, but during the American Civil War. The Confederates used artillery and small arms to attack the Union Balloon Corps. The first specialized anti-aircraft weapon was used by the Germans during the Franco-Prussian War. – Source

15. People did not need passports until World War 1. – Source

16. The Eiffel Tower was due to be demolished in 1909 after its lease ran out, but it became useful during WW1 due to its antenna. – Source

19. Canadian troops held the line against the first poison gas attacks along the Western Front in WW1, preventing a German breakthrough after French colonial troops broke ranks and abandoned their trenches witnessing the early casualties. – Source

20. A British officer in Egypt during WW1, wearing a monocle was confronted on the parade ground by lines of Australians with pennies in their eyes. He threw his monocle up in the air, caught it in his eye, then turned to the parade and roared, ‘All right, you bastards, let’s see you do that. 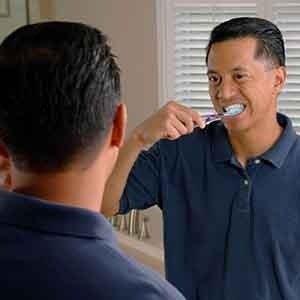 21. Brushing teeth was not a regular practice among Americans before WW1. “So many recruits had rotting teeth the officials said poor dental hygiene was a national security risk.” – Source

23. In 1955, a thunderstorm in Belgium set off 40 000 pounds of buried explosives left over from the WW1 battle of Messines. Luckily, the only casualty was a single cow.

24. Ormer Locklear, a WW1 pilot, got out of his plane, diagnosed the problem, and repaired it all while still flying the plane and then did this numerous times after that. – Source

25. A South African monkey served in the 3rd South African Infantry Brigade for three years at the frontlines in WW1, eventually being awarded the Pretoria Citizen’s Service Medal upon his return home. – Source 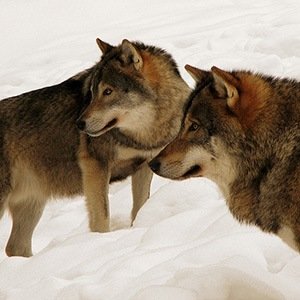 26. During WWI, starving wolves amassed in such great numbers that Germans and Russians had to declare a temporary ceasefire just to fight off the wolf attacks. – Source

27. In WW1, when a pilot from either side went down behind enemy lines, the “enemy” would drop a note to inform his comrades whether he had been killed in a crash or taken prisoner. – Source

28. After WW1, various countries around the world experimented with flying tanks – literally tanks with wings – but the idea was eventually scrapped. – Source

29. WW1 planes used Castor Oil as engine lubricant and the Pilots suffered from persistent diarrhea due to inhaling unburnt castor oil coming out of the exhaust.

30. The Russians defending Osowiec Fortress in WW1, were attacked by Germans using poisoned gases. The Russians that survived, counter-attacked (covered in blood) – shocking the Germans, and making them flee. This was later dubbed “The attack of the dead men”. – Source