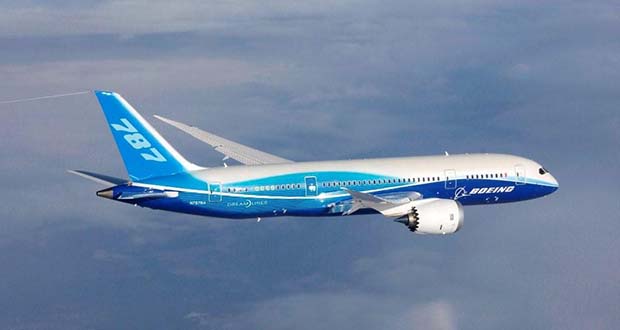 Here are 30 Kickass and Interesting Facts About Aircrafts.

1. In 2003, a Boeing 727 aircraft was stolen out of an airport in Angola. Neither the plane, nor the two men aboard were ever found. – Source

2. In Saudi Arabia, women are allowed to fly aircraft, though they must be chauffeured to the airport because it’s illegal for them to drive a car. – Source

3. A company called “VessEx” can recover stolen aircraft and ships, even venturing into warzones and combating pirates to do so. – Source

4. In 4 out of 10 of the UK’s largest airports, it is cheaper to park a light aircraft for 24 hours than to park your car – Source

5. Many North American pilots refer to the female voice-warnings of certain aircrafts as “Bitching Betty” – Source 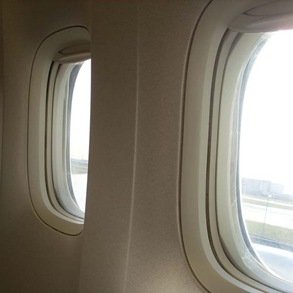 6. Aircraft windows and doors are round to prevent metal fatigue. As the cabin pressurizes, it puts extreme pressure on the airframe, which is concentrated at right angles. The original De Havilland Comet broke apart multiple times in the 1950s because it had square windows. – Source

7. In 1910, while attending the first American Air Meet, William Boeing asked every aviator for a ride, but no one obliged. Disappointed, William went back to Seattle and founded Boeing aircraft – Source

8. Norway’s first aircraft hijacking was resolved after the hijacker surrendered his weapon in exchange for more beer. – Source

9. In 1994, a Fedex Jet (McDonnell Douglas DC-10) suffered a hijacking attempt by a disgruntled employee, who was armed with multiple melee weapons. The flight crew in spite of receiving multiple hammer blows performed extreme aerial maneuvers with the massive aircraft, at times flying upside down, with the intent of keeping the hijacker off-balance. The flight crew eventually succeeded in restraining Calloway. – Source 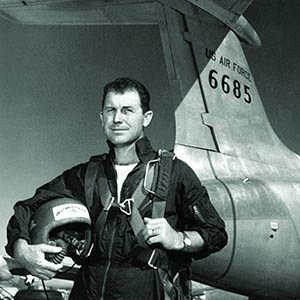 11. Chuck Yeager, the first man to break the sound barrier in a plane, did it with a broken arm and two broken ribs and had to close the plane’s cockpit with a broomstick. – Source

12. In 2006, on a flight between Washington and Dallas, a woman farted and tried to cover up the smell by lighting matches, which led to an emergency landing. – Source

13. In 2002, a mid-air collision between a passenger jet and cargo jet took the lives of all 71 people aboard both planes. A man whose family was killed in the collision later stabbed to death the Air Traffic Controller that was on duty at the time of the collision. – Source

15. In 1974, there was a “Not-For-Profit” airline called Freelandia, which offered organic food and waterbeds. It went bankrupt in under a year. – Source

16. Severely overweight passengers on a Southwest Airlines flight must buy multiple tickets if their body mass extends over the armrests – Source

17. American Airlines saved nearly $40,000 a year by eliminating one olive from the salad they served each passenger – Source

18. Singapore Airlines has a corpse cupboard to store people who die mid-flight. – Source

19. United Airlines Stewardesses were forbidden to marry until 1968. – Source

20. In 1994, the pilot of an Aeroflot Airbus A310 allowed his son to sit at the controls during a flight. The boy inadvertently turned off the autopilot controls, sending the plane into a hillside and killing all 75 aboard. – Source 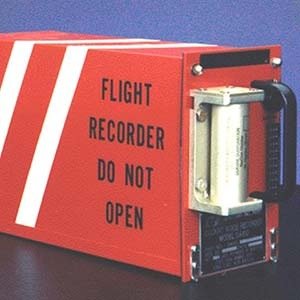 21. Aircraft black boxes are designed to be able to withstand the pressure of being a mile underwater for up to 30 days. In the case of the Airbus box on Air France 447, it spent over two-and-a-half years at over 3 miles deep and investigators were still able to determine the cause of the accident. – Source

23. According to research funded by Lufthansa, tomato juice is more popular on airplanes than on the ground because cabin pressure changes the way we perceive taste.

25. There is a survival guide for falling out of an airplane without a parachute, with numerous case examples. – Source 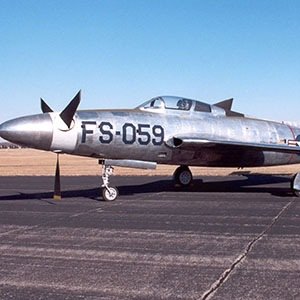 26. The loudest airplane ever built was quite possibly the XF-84H. On the ground, it created constant visible sonic booms. The shock wave was actually powerful enough to knock a man down. – Source

27. In 2001, Rowan Atkinson (Mr. Bean) piloted his private plane carrying his family after the pilot passed out at the controls. He had never piloted a plane before. The pilot eventually came to, after several slaps by Atkinson, and managed to land the plane safely at the airport. – Source

28. In 2001, Captain Robert Piché successfully piloted an emergency landing of his airplane when both engines failed on a trans-Atlantic flight. The plane also lost hydraulic power to the flaps, alternate brakes, and spoilers. He landed the plane in the Azores, saving the lives of all 306 people on board. – Source

29. In 1975, after a skydiving student’s main parachute became entangled with the plane, he deployed his reserve chute. This caused the plane to stall and engines to fail. Everybody on board survived as the plane descended under the reserve chute. – Source

30. In 1955, when mass murderer Jack Graham blew up an airplane to kill his mother (killing 43 others), he could only be charged with one count of premeditated murder because blowing up an airplane was not a federal crime yet. – Source

April 9, 2014
Latest Posts
Subscribe to Blog via Email
Did you know?
Loading...
Facts of the Day
Registration is disabled.