We asked a 911 operator what helpful information can he share that would be helpful in case anyone has to call 911. This was his response.

A little background on me: I’ve been a 911 operator for 4 years for a large agency that services approximately 750,000 people in an urban area in California. We answer all incoming 911 calls but only handle police issues, fire and medical get transferred directly to the fire department. 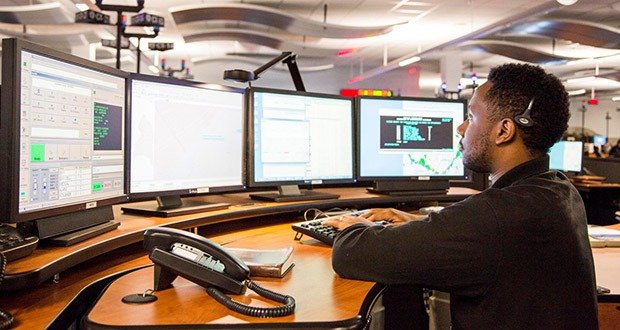 Of course every agency is different and what I say here might not be exactly how it works for other agencies, but I’ll try to keep it as broad as possible.

So here are a few tips in no particular order that might prove helpful to you if you ever have to dial 911, and some general 911 information:

1. The most important thing to give the 911 operator is your location, especially if you’re calling from a cell phone. Despite what you see on TV and in the movies, you do not show up as a blinking red dot on my screen pinpointing your exact location! Sometimes the location of the cell tower your call is bouncing off of will show up but your location could be anywhere within, say, a 500 meter radius of the tower. Not very helpful if we’re trying to locate you. Sometimes I will get a general area of where your actual phone is, but again, I’ve seen calls with a radius of up to 1700 meters. Pretty useless. Sometimes I can retransmit the signal and get those meters down to about 10 but that is hit or miss, plus if you’re in an apartment complex it will not tell me which exact apartment you’re in. Doing an actual cell “ping” or “trace” through the cell company can take anywhere between 10 and 30 minutes. Again, not helpful if you need the cops ASAP. If you really have no idea where you’re at, look around for landmarks, numbers on buildings, business names, anything that will help us figure out where you are so we can get you help.

3. Even if you dial 911 and hang up before you think it went through, it probably still went through. If you dial 911 and immediately change your mind, or dial on accident, do your operator a favor and just stay on the line and tell them it was a false alarm. Otherwise we have to call back and make sure you’re ok, and if you don’t answer we have to send the cops to make sure you’re ok (assuming it was as land line call and we have an address).

4. Answer the questions the operator is asking you. I understand that if you’re dialing 911 you’re probably in stressful situation and it may be difficult for you, but the quicker you can answer the operator’s questions the quicker we can get help to you. I’ve had people ask me “Why are you asking me all these stupid questions??” They may seem inane to you, but there is a specific purpose to all of our questions and chances are, providing us the information we’re asking for is going to keep you safer (and the officer safe too).

5. Cell phones that have no active service can still dial 911, so don’t give them to your babies as toys! I can’t tell you how often we will get dozens of 911 calls from a disconnected cell phone and it’s obvious it’s a baby playing on the other end. And since it’s disconnected we can’t call back to alert whoever gave the kid the phone to the problem.

6. Dialing 911 with a non-emergency is a serious issue. Keep in mind there are only so many operators answering calls at a given time and if you dial 911 because you’re upset that the neighbor’s sprinklers are getting your car wet (yep this is an actual 911 call I’ve taken), someone with a real emergency may have to wait for me to deal with your non-emergency before getting to them and their real emergency. As I stated above, my agency services approximately 750,000 people and on a good staffing day we may have 7 people answering phones. So if only 7 people out of those 750,000 people call 911 because their neighbor’s wind chimes are disturbing their peace (again, yes that is a real call one of my partners has taken) someone calling because their baby isn’t breathing is going to have to wait. Please limit 911 calls to true emergencies, and if you need non-emergency police assistance call 411 or use Google or use a phone book or anything that doesn’t tie up a 911 line unnecessarily.

8. As with 911 operators like I mentioned above, there are only so many cops on duty at a given time. Especially with recent budget cuts, many departments are sorely understaffed which means the response time may increase. Agencies prioritize their calls, which means the cops are going to respond to something like a fight before they’re going to respond to something like a noisy party or an illegally parked vehicle. This might seem like a given but I receive countless calls from people complaining about the response time for non-emergencies (especially when it’s a noise disturbance) even after they’ve been told the local units are tied up on an emergency and the response time is going to be extended. Sorry, but we have to deal with the people trying to beat each other to death before we come tell your neighbor to quiet their music down. That’s just the way it is.

9. Dialing 112 from any mobile phone will connect you to the emergency services and works world-wide as it is part of the telecom standards. Dialing 112 will bypass any active key lock on older phones and newer phones have a bypass on the lock screen.