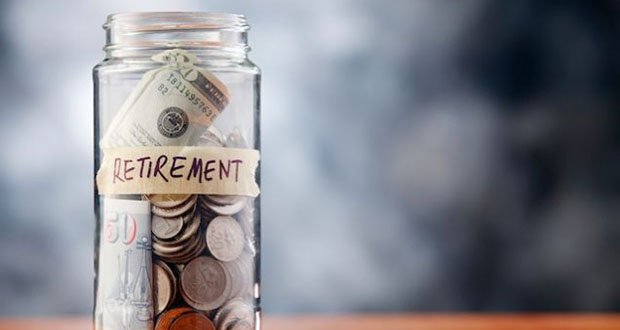 Here is this week’s advice on how to get a $1 million retirement: an explanation of “15% or more” for retirement savings.

You should be saving 15-20% of your gross income for retirement. Why?

Simply put, 15% is roughly the savings rate needed to retire with a similar income after a 40 year career. 20% is even better because life happens. You may have trouble saving some years, the market may perform poorly for an extended period of time, and who knows what will happen with Social Security.

To illustrate this, I took median personal income data based on Census Bureau data, extrapolated it out over a 40-year career and took a look at what saving 10%, 15%, and 20% would provide in retirement income on top of the median Social Security benefit.

This model still works for radically different income levels because everything is based on percentages, but I wanted real data because people tend to earn much less when they are younger and that affects how much you’ll have when you retire.

It looks pretty good, but I wouldn’t want to be the person who only saved 10%. And yes, the 15% saver got to a $1M nest egg after 40 years of saving with only a median income.

Let’s look at a 4% safe withdrawal rate from retirement investments plus media.

What can we conclude?

This means that the nominal dollar amounts shown at age 65 here are likely much lower than they will be actually be in 40 years. If the inflation rate stays at about 2%, the actual value of the 15% portfolio would be about $2.2M, but since $2.2M would only have the value of $1M in 2015 dollars, it’s easier to just think about everything in 2015 dollars.

That’s also why this post uses a growth rate that includes the value-reducing effect of inflation (6% rather than 8% or something higher).

Is this pessimistic enough?

I tried to generate a “middle of the road” look at the future based on today’s numbers, but we have no way of knowing what the future growth of the markets is going to be. My point here isn’t that 15% or 20% is enough no matter what, but that a 10% savings rate is not really where you want to be.

Also bear in mind that while the 4% safe withdrawal rate historically works in the US, it is definitely optimistic. If applied on historical data from other developed countries, it ends up being much too high (you run out of money early). A more pessimistic model might use 3% or 3.5% instead.

May 30, 2016
Latest Posts
Subscribe to Blog via Email
Did you know?
Loading...
Facts of the Day
Registration is disabled.