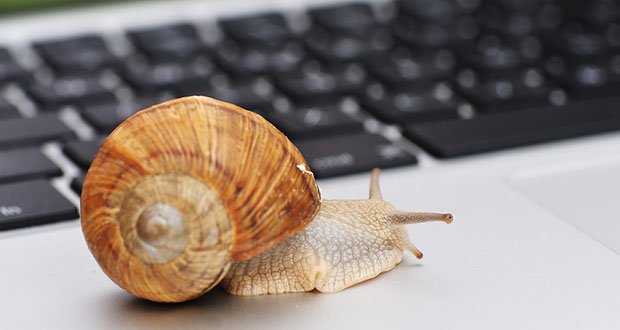 Open activity monitor/task manager and check for stalling/bloated processes. Go into settings, and make sure you can see everything, all processes from user and system, not just user. Then sort by CPU usage, and check for things constantly taking up 20-40% or more. That should basically never be happening. Then sort by ram, and see if anything is being a hog/check if you need more ram.

Most common problems are:

· Antivirus software using all CPU. Why? Because most of them suck. Windows defender, plus Malwarebytes run occasionally, is all you really need, if you surf smart. If you want constant protection, TOMS hardware suggests BitDefender, and I’m not going to argue with them.

· INDEXING running amuck. Indexing, is the process by which your modern computer knows exactly where everything is on the drive. Computers, for whatever reason sometimes try (and fail) to re-index everything, or constantly try to re-index everything (stuck in loop). IF you Google what’s stuck in task manager/activity monitor, and it is related to indexing, try turning indexing off (Google it). THIS CAN MESS THINGS UP, just saying. Searching for files and opening folders with lots of stuff might take longer, but you’ll also have your computer back. Before doing this however, I’d just suggest refreshing/reinstalling your OS.

NOW, for the meat – If you’re having battery problems / fan problems on a Mac, jump to SMC reset.

If you’re using a Mac, do a PRAM reset, and SMC reset. This fixes MANY problems ( but also slows the next boot, its ok. It will also reset a few permissions, but you’ll notice them). If that still doesn’t fix it up, simply go to your backup boot drive (hold down ALT on a reset), and reinstall OSX over your current copy, keeping your files intact. This almost always works. (I just did it a week ago, and my available ram went from 1.5 to 2.5). Things may get a little messy over time software side, and bottlenecks appear, old drivers get wonky, etc. Anyways, that fixes almost every Mac problem I’ve ever encountered, in 10 years of fixing them for myself, friends, and family.

Now for Windows. Windows has gotten MUCH better over the years of collecting and fixing garbage files and background processes. That being said, they’re still going to appear, and build up over time. Want your computer to run like new? Reinstall a fresh copy of windows from the backup system. Windows 7, 8 and 10 have an option for this now, a sort of backup boot partition you can reinstall windows from.

If neither of these solutions work for either computer, it could be that your ram or hard disc or processor is going bad. Do a disc check, do a memory test, do a video card test, to see if you have any faulty components. If everything passes, it might just be time for you to upgrade your ram. Laptops tend to have less ram and slower HD’s, so simply picking up a new SSD HD or 1 size larger ram should fix most problems. As the internet evolves, and video sizes increase, you’re going to need more ram. I had a macbook running 2G ram, upped it to 4, and now its smooth as butter. And for the love of god people, if you’re running vista, UPGRADE ALREADY.

Also, install a fan speed / temp app, if you’re having over heating problems (can also fix video stuttering, if overheating is the source.) If you see temps getting into 180’s-200’s, its probably time to pop that baby open and clean it out. Another option is to reset the heat sink on the cpu with new paste (if applicable) to allow better heat transfer. A lot of times it can dry out and crack over time, and then simply fall out if jarred ( you drop it now and then you know you do.) XBox 360’s had this problem. This is something the average person probably shouldn’t do, but if you’re kind off experienced, it is an option. I’d suggest having someone else tell you this is the problem, then if you’re competent enough, take on the challenge. But for the love of Pete back up everything first.

If all that doesn’t work, you probably just need a new machine at that point. Sometimes logic boards and motherboards just fail. There’s literally hundreds of individual components that can break or pop or maybe something came loose.

Also, figure out what ram you have, and check for it on Amazon, focusing on the ones with the most ratings. (they’re probably the legit ones) OR go to newegg. 8GB of ram is cheap now, and if you’re running less than 8, you can expect things to slow down dramatically over the next year or two, as requirements go up. 8 is the new 4 people! (and really 16 is best)

All above advice is AT YOUR OWN RISK.

June 27, 2016
Latest Posts
Subscribe to Blog via Email
Did you know?
Loading...
Facts of the Day
Registration is disabled.