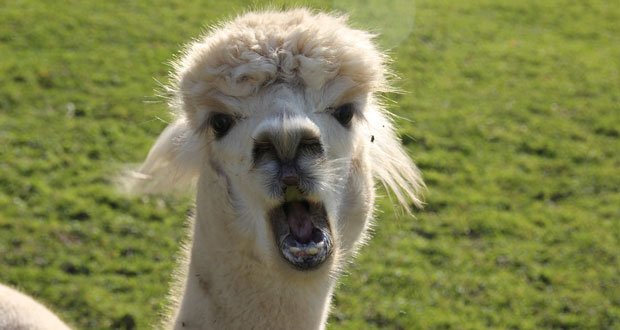 1. Some free-range turkey farms use alpacas to guard their flocks against foxes, since alpacas are extremely territorial and will accept the turkeys as part of their herd, defending them by chasing off predators. – Source

2. The position alpacas assume while riding in a minivan is called “Cushing.” Also, alpacas apparently ride in minivans. – Source

3. A retirement home in Germany provides therapy alpacas to the elderly. – Source

4. The alpaca is a symbol of anti-censorship in China because it’s Chinese name is a homonym with “F Your Mother,” allowing it to be used as an insult while avoiding censorship. – Source 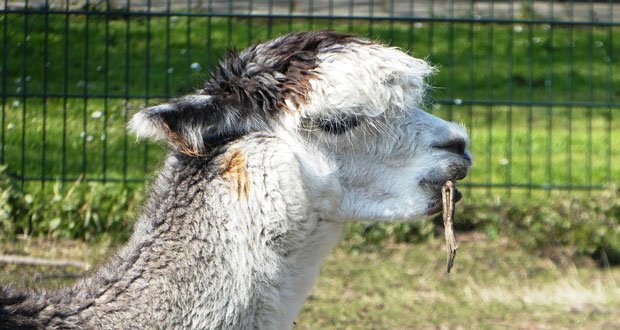 6. Alpacas do not spit on humans. Instead, they spit on fellow alpacas for the following reasons: to keep others from stealing their food and for females to tell males that they are not interested in mating. – Source

8. “Berserk Llama syndrome” is a condition in which Alpacas and Llamas closely raised by humans can become aggressive towards them. – Source

9. Alpaca fleece (wool) is naturally water repellent, hypoallergenic and difficult to ignite. It is also warmer and softer than sheep’s wool. – Source

10. Female alpacas, much like their human counterparts, tend to go to the bathroom at the same time. – Source