1. A man in Russia domesticated foxes that now sell for $9000. “Curiously, the friendly gene came attached to some other physical genes that made the foxes look like other domestic animals: curly tails, white faces, droopy ears. It took only about 35 years to completely domesticate the species.” – Source

2. Foxes can jump 3 feet in the air to dive 3 feet into snow to catch mice. They determine the speed and trajectory of the mouse before nose diving with pinpoint accuracy. – Source

3. London is home to more than 10,000 foxes and most residents like having them around. – Source

4. In Switzerland, Rabies has been virtually eradicated after scientists placed chicken heads laced with a vaccine in the Swiss Alps. The foxes of Switzerland, proven to be the main source of rabies in the country, ate the chicken heads and immunized themselves. – Source

5. There is a Zao Village in Japan, where foxes are allowed to go where they please. – Source

6. Fox tossing was a popular sport in Europe in the 17th and 18th centuries. It involved throwing live foxes high into the air using slings with a person on each end to catapult the fox upwards. The King of Poland held a contest that killed 647 foxes, 533 hares, 34 badgers and 21 Wildcats. – Source

7. Foxes and dogs could interbreed to create a “Dox”. – Source

8. Foxes can see Earth’s magnetic fields and use it to hunt prey. – Source 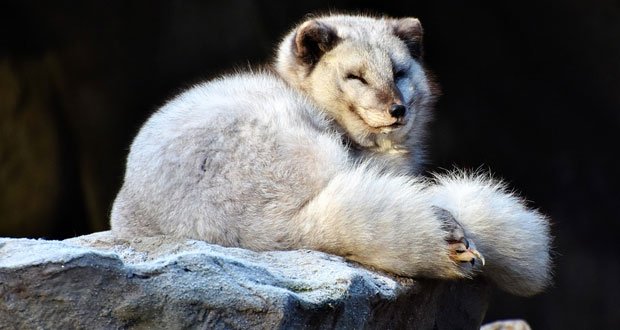 11. The arctic foxes’ fur can keep them warm even in temperatures of -70 degrees Celsius. – Source

12. Foxes have a gland on the tip of their tails that has a number of different uses, one of them being creating volatile terpenes. – Source

14. Kitsune is the Japanese word for fox. Foxes are a common subject of Japanese folklore in English, kitsune refers to them in this context. Stories depict them as intelligent beings and as possessing magical abilities that increase with their age and wisdom. – Source

15. To combat the theft of trees in public parks around Christmas time, some cities spray their trees with fox urine. It freezes and has no odor outside, but thaws if taken indoors on a would-be Christmas tree, and the smell is “eye-watering”. – Source

16. A wild fox wandered into the United States Supreme Court building in 2002 and eluded capture for more than a day. – Source

17. A fox shot his hunter in Belorussia(now Belarus). The man tried to finish off the fox with the butt of his rifle, but the fox pulled the trigger with its paws, wounding the man in the process. – Source