Long time ago, we asked our regular contributors through e-mail, What is a great career path that kids in college aren’t aware exists? We got many interesting responses. Here are some of them. We have just copied and pasted their responses, not editing them in any way and most of the respondents have requested to stay anonymous, so no names will be published. 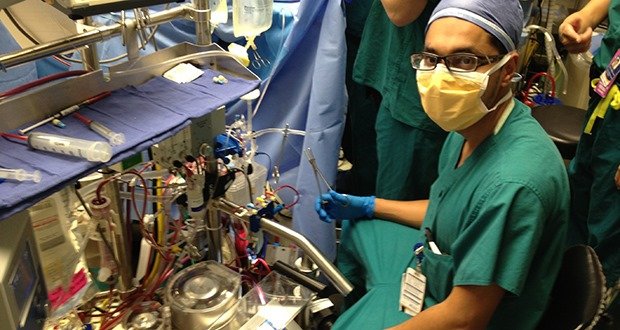 01. Oh perfect, no one knows about my career. Only 3,500 people are doing it nationwide and we are in a job shortage. I am a Perfusionist and run the Cardiopulmonary bypass machine during heart surgeries. Get a Bachelor of Science degree, then go to a Perfusion School (1 or 2 year program). I am 4 years out of school and made six figures last year. I probably averaged 30 to 35 hours per week. It can be stressful because you can kill a patient very easily (won’t happen unless you’re careless) but it is very rewarding to know you are saving people’s lives every day.

02. Merchant Marines. I graduated from a 4-year maritime academy and got a job immediately working one month on one month off and an 80,0000 a year salary. 5 years later I make 100,000 a year and only work half of it.

I work in the deck department as a second mate. This essentially means I stand navigational watch(driving the boat), oversee the loading and unloading of cargo, and act as a boss for lower ranking crew members. In this case, I work on an oil tanker.
Merchant Marines is not military. You don’t have to go to school for it, though it helps. It blows my mind there aren’t more people knocking down the doors to do it seeing as an 18-year-old kid can get a job on a tugboat making a few hundred dollars a day.

03. If you’re from the UK/US, some people in China will pay you great money to babysit their kids so their kids can learn the “right” accent and manners. They’ll prefer someone with a college education since its more prestigious, and I know someone who was earning $50,000 straight away.

There are agencies that arrange this sort of deal, but you won’t get near the number quoted, because the agency gets a massive cut. I am currently living with a Chinese family as an Au Pair, but my take-home is garbage. If you know nothing about Chinese culture and language, and have no potential ways to find it, it would be a good idea to go through one of these agencies to begin with, and then find a family to go full-time with after your contract is up.

04. Medical Laboratory Sciences. In the US, there are severe shortages in the workforce due to new (higher) standards for certification and education. It is something that has well-paid positions at multiple levels of degrees, although Associate and Bachelor are the most common. Do you like doing science and biological stuff?
Do you like being a part of Healthcare but hate dealing with sick people directly? Lab Services might be for you if you answered yes to both of those questions.

05. A lot of the smaller healthcare professions get forgotten by kids in college or high school. Everyone focuses on being a doctor, nurse, dentist, or pharmacist, but there are so many other professions in health care. Speech-language pathologists, occupational therapists, physiotherapists, respiratory therapists, medical imaging technologists (X-ray, MRI, US, Nuclear Medicine), radiation therapists, dieticians, audiologists, chiropodists, laboratory technologists. I’m sure I’ve forgotten some.

They all tend to pay middle-class income or better with reasonable hours, they require specialized knowledge and skills that put your brain to work at least a little bit each day, and you get to work with patients who are typically quite appreciative. 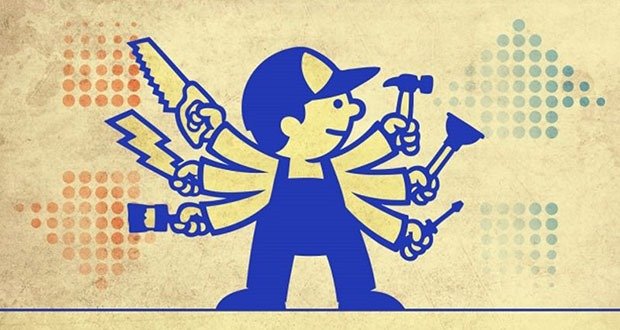 06. In the olden days they were called the trades; plumbing, electrician. Generally speaking demand for trades is very high, because lots of young people aren’t going into them and are going for degrees instead.

Unfortunately, there has been a bit of a stigma built up around skilled trades that they are for idiots or that people who do them are stupid or whatever. Look how many people think their mechanics are idiots.

It doesn’t help that as a tradesperson you’ll be looked down on in most cases by customers, managers, and media. Although if you can turn it into your own business or find a great company, that can be different. It can be very thankless work.

My husband is a plumber. His last job was a 5-year contract and when that contract was over he had companies begging him to work with them. This field (at least in our state) is in need of skilled tradesman. He started as a plumber helper over the summer when he was 16. He now has 26 years’ experience and makes pretty good money.

07. Interpreter. In NYC being one for the courts is very lucrative and in demand. Not that everyone can be proficient in 2 languages, but if you are (proficient) a degree isn’t needed so long as you can pass a series of tests.

08. I didn’t go to college, but stumbled into a job that fits me perfectly. If I would have known about it when I was younger, I may have pursued it in school. I’m a Technical Director (TD) for a news/entertainment television studio. My job is super technical, in that I operate and configure these large colorful switching boards and get to work in a live environment. It’s like 85% technical knowledge and 15% creativity. There’s so much creative problem solving too, that it’s absolutely perfect for me. It also gives me instant gratification when I do something correctly because it literally manifests itself in the form of a visual animation or effect. For me personally, the job hits all the notes. I look forward to going to work each day and make decent money doing it.

09. Tow boats. If you get on with a good company you can start off making $30-40k a year. After a year and a half or so you can get a tanker man certification along with a significant pay raise. Within 10 years, if you work hard and do everything you need to do, you could be looking at $100k+ working 6 months out of the year. You could do it faster if you’re willing to pay for some school.

My grandpa is a captain and $500 a day is the lowest he’ll go out for, and that’s only if he’s desperate to get out of the house. On top of that, he’s what they call a tripper, which pretty much just means freelance. He goes out when he feels like it and stays home when he doesn’t.

10. Military to federal government bureaucrat. If you are able bodied, you can get into at least one branch of the US military. Once you make it through training, it’s exceptionally difficult to get yourself fired. Deployments to war zones are exceptionally rare right now as well. After four years, you get out and get paid a full time salary to become a college student. That’s your whole job: going to school. “Post 9/11 GI Bill”. Graduate, and start applying to federal government jobs on usajobs.gov.

With military experience and the degree you earned for free and got paid to study, you can be making 60k by the time you’re 24, and no college debt. Most government jobs can currently only hire existing government employees or veterans. That’s the rule. In 2004, I was homeless. I joined the military, went to school on post 9/11 GI bill and then got a federal job making about 75k per year. I was then headhunted to become the spokesman for a hospital. At my current job; I make even more money in a cheaper part of the country.

I’m not a recruiter. The military is not for everyone, and I had a lot of reasons I didn’t make it into a full career. There’s a good deal of bullsh*t involved. But at the end of the day, I’m living a VERY easy life thanks to investing four early years of my life into the military.