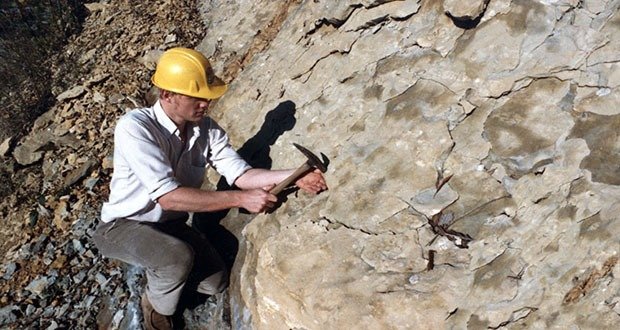 21. Into science? Most high school students graduate without knowing anything about geology, so they overlook it in favor of sciences they know like biology and physics. A ton of geology majors come to it after taking a 100-level geology course for a science elective and finding out it’s freaking awesome.

There are so many geology sub-disciplines that people who haven’t taken a course in it don’t know about. Yes you’ve got your oil, gas, and mineral resources people, who make big bucks and make environmentalists cry. But then you can also find a great job in environmental geology, cleaning up the messes those guys make and holding them accountable, if that’s more your style. Or hydrogeology – groundwater resources are seriously important, and you can do a lot to help humanity there. And it can pay very well, too.

And on the more academic side, you’ve got things like volcanology, seismology, crystallography, planetary geology, my personal favorite paleontology, and many many more. Some really awesome stuff, often with practical applications outside of academia.

The single best thing about geology careers in my opinion, whether in industry, government (eg. geological surveys), or academia, is field work. There is just something incredible about being able to spend weeks or months of the year exploring the great outdoors with a purpose, instead of being stuck in an office or a lab all the time. I love science in general, but I could never work in a discipline that didn’t have field work.

My mentor, who I trained under for 3 years just retired. His wife told me he reached his goal of having $1,000,000 in the bank. He’s been doing it for about forty years. He turns 60 in July. Not too shabby, right?

23. Urban Planning! There’s pretty much 100% job security with this as cities are always growing, you can go internationally or as local as you want because every county/shire/government employs planners, as well as private sector in consulting. And there’re so many different varieties of planning you can go into such as transport, environment, statutory, strategic, community, social, policy, design, and it goes on and on.

I originally wanted to study music, took a year off and worked in local government in administration for the planning department and fell absolutely in love.

24. Occupational therapy is a growing field with a lot of different areas that you can work in. From hospitals, to schools, or private clinics you can work with vastly different populations. Right now there is a huge need for them with an older population and injured veterans, so get in now. A few friends got their education paid for by the army as well so that’s another positive.

25. Landman. I’m 27, have a liberal arts degree from a small college, and I made $96,000 last year as a Landman. I spend all day in the courthouse running title (basically determining who owns the minerals in an area). Some people negotiate leases or file other curative documents to help clear up a title. I have however lived in hotels for almost 4 years. Most Landmen are on the road all the time, especially early in your career.