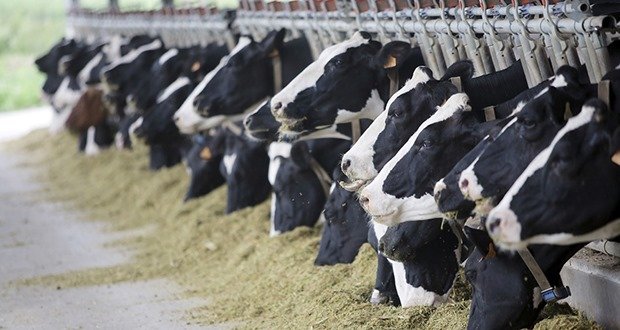 11. The effects of animal agriculture on climate change. Industrial agriculture involving cows, pigs, and chickens is hugely destructive to the environment. The amount of methane released by US cows dwarfs vehicle emissions, the amount of pig and cow sh*t dumped into rivers has created coastal deadzones and is drastically affecting the ocean. These agricultural practices are not sustainable. There is an interesting documentary on Netflix called Cowspiracy that you might find informative. It’s the biggest elephant in the room and no one wants to acknowledge how important it is that we change the standard diet. People get really defensive when you talk about meat. So many people I know knock vegans or anything that’s made with a vegan substitute but then turn around and say how we need to focus on climate change. Eggs and milk alone are a huge issue.

12. Hundreds if not thousands of disabled people in the UK are dead or dying because of the “Fit to Work” scheme. It’s meant to find out fakers who are just saying they’re disabled to get money and not have to work. What’s actually happening is that people who can get to the interview are often being told that they can work (regardless of how hard it was for them to get there). The “tests” they use are a joke, and it’s nearly impossible to be declared unfit for work.

The end result is that loads of people are losing their disability benefits, they’re looking for jobs because they have no choice – and oh, what a surprise, they either can’t get a job (because they don’t have enough mobility, because it’s obvious they’re mentally disabled in such a way that work would be impossible, because of prejudice in the hiring process), or when they do get a job they’re getting fired pretty quickly because they can’t do the work.

So… they can’t get money by working, and the government’s refusing to help. They can’t afford food, let alone the medication they need. Perhaps the saddest story I heard was of a diabetic man being found dead from a diabetic coma, sitting in a chair with a stack of job applications piled up next to him.

14. There are entire villages in rural China being hidden from the outside world full of people with AIDS / HIV. For quite some time, the government went to the rural areas and paid people to have their blood plasma extracted, so that they could sell this as export to the western medical facilities for research and such (or something similar). The needles used for this were not changed or dissinfected after each use, and the blood was pumped back into their veins after the plasma had been extracted. Because the pay was good – people could get maybe a weeks worth of labour just for one extraction – this was almost mandatory for everyone to do. This resulted in hundreds of thousands attracting AIDS / HIV.

15. There is a revolution underway in artificial intelligence. The idea of learning neural networks has been worked out for many years, but until quite recently computing power and data sets weren’t up to the task of training these neural nets to do much that was useful.

In the last 2 or 3 years, everything about that has changed and milestones that were once expected to last for decades are falling like dominoes. Computers can now see and categorize images as well or better than humans. The problem of machine vision is essentially solved. It used to be impossible to program a computer to look at a table littered with random objects, and pick out a particular one. This is a simple task for humans but nearly impossible for a AI programmed from the ground up. This was holding back a lot of automation functions because computers couldn’t really “see” the world. Well, now they can, and they are getting better constantly. This is going to significantly affect your life soon.

But this deep learning technique doesn’t stop at image recognition. It is being used for real-time, almost totally accurate language translation. Basically Star Trek translators. They have been taught to play old Atari video games at higher levels than humans simply by watching the screen. An AI has been taught to look at biopsy slides to diagnose cancer. It not only very quickly got better than any human doctor at this, without the programmers having any idea how to diagnose cancer, but shed light on new techniques for examining slides that humans never thought of.

Lee Sedol, one of the top players of Go in the world, was recently trounced by Google’s deep learning AI. This is a major, major development. Even 10 years ago, many people said that Go playing AIs would suck compared to the top humans for at least another 100 years. They are now better than any human. This is not the same as deep blue, the chess computer. Chess is a complex game but it still has few enough moves that you can brute force calculate all the possible moves many moves in advance and pick from the best possible moves. This is why chess computers have been unbeatable for years now. But Go has an order of magnitude more board positions. Brute force is simply impossible, because the total number of possible board states is literally larger than the number of all the atoms in the entire universe. In fact it’s orders and orders of magnitude larger than that number. A Go playing AI therefore has to make use of pattern recognition and “instinct” in a way that we weren’t even certain was possible with a computer. Well, now it’s happened, and it’s better than the best human.

Absolutely everything about the world is going to change very soon. 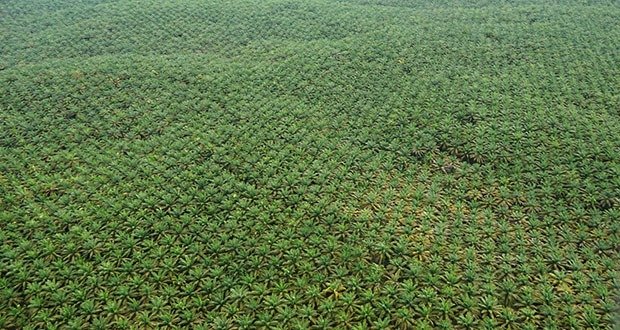 16. Palm Oil and deforestation. A surprising amount of people aren’t aware of this, but our mass consumption of palm oil in manufactured products is having a devastating impact on a huge number of plant and animal species, it’s also destroying the livelihood of other humans. Because palm oil is an efficient source of vegetable oil, it’s use has expanded rapidly during our lifetime in manufactured products; from chocolate and crisps, to shampoo and even lipstick and candles – it’s really profitable. Next time you visit your local supermarket, check out some packaging on manufactured foodstuffs, it seems like it’s in everything.

Because it needs the constant high humidity, and a lots and lots of land, it’s grown in rainforest climates. As a result of this, massive areas of rainforest are deforested every year to grow this crop. This practice is destroying the biodiversity that once came along with these habitats, particularly in Indonesia’s rainforests and peatlands, which are among the world’s most species-rich environments and home to numerous endangered plants and animals, such as orangutans, Sumatran tigers and Bornean rhinos. It’s also destroying the livelihoods of people living next to the forest – people who have depended upon it’s resources for many generations. Along with that comes the conflict between humans and animals as they are squeezed into ever shrinking habitats, which usually results in some shocking animal cruelty. Almost every year, Indonesia and Malaysia will face a terrible season of haze because farmers burn off the old palm oil trees to make room for new ones. The haze brings air pollution on a colossal scale that comes annually in South East Asia and literally blankets the entire region in smog (and recently more frequently than that). It’s one of the most overlooked environmental disasters of recent years. The 2015 haze was called a ‘crime of humanity and nature’, and it was still nowhere near as bad as the worst one, which was in 1997. Although it’s worth noting the worst of the 2015 haze was a paper company’s fault, not Palm oil.

17. TTIP. The Transatlantic Trade and Investment Partnership (TTIP) is a proposed trade agreement between the European Union and the United States, with the aim of promoting trade and multilateral economic growth. The American government considers the TTIP a companion agreement to the Trans-Pacific Partnership (TPP). Negotiations are going on behind closed doors with risks of selling off public British institutions such as the NHS and undermining home grown industry; all for the sake of some already mega rich people to get even mega-richer (of course at the expense of people who are not mega rich). A fall in the quality of the food industry, health and safety, environmental protection and even workers rights to name a few.

18. I think I’m one of the lucky ones who got to have a normal childhood with the endless adventure of the Australian bush then to come home at street light time for dinner, check the commodore 64 cassette game loader to see if it worked (it rarely did) maybe play a boxing game that made no sense, break the joystick, blame my brothers fight fight fight. Bedtime, then load that fu**er back in there overnight. I appreciate computers and witnessed the progression from river raid, Rambo first blood part III (Hold shift and the arrow to skip the helicopter level?) Whilst engaging in these activities if you talked sh*t there were instant repercussions, we fought then we would fu*k off to the bush again. My point being is that now everything and everyone is connected Facebook, twitter, mobiles god dam texting and this generation who don’t know life without these screens and have no idea how far their words can travel and talking behind someone’s back seems to be more of a hobby and activity that has slipped past punishments wrath. If you arr that bothered by someone’s actions then have the ba*ls to tell them face to face and if your right, everyone learns a lesson and carries on. The social impact on these muppets may just birth the most feable, weak minded, herd mentalitiulized version on humans we have ever seen.

19. Turkey is probably going through its worst times in the last 20 years. Crime rate increased, terror increased, education destroyed, human rights violated. 3 explosions in the last month including the capital of Turkey. I live abroad and I’m not in contact with all this like my friends, but it just sucks to come home, check the news and find out people you know might be in pieces on some street because of an explosion.

The worst part is government does nothing about it, when this happened in France or like today in Belgium, government and people came together, in Turkey the president complains how he missed his concert because of the explosion.

20. Desertification. The vast majority of the world”s deserts are increasing in size with each passing year. This creates a huge number of issues, some more obvious than others. The main problem is that any life that could normally consume carbon is no longer able to survive there, leaving huge areas of the planet as nothing more than a dinner plate for carbon to build up on. To make matters worse, the surface left behind in a desert actually reflects heat back into the atmosphere, compounding the problem further. There may very well be “water wars” popping up in many places simply because anyone living in the newly made deserts will go thirsty. The emigration from these countries will be on a scale we haven’t seen, an entirely separate problem no one is prepared for. In short, the earth is drying up faster than we can comprehend, and an extremely alarmingly low number of people even know about it.