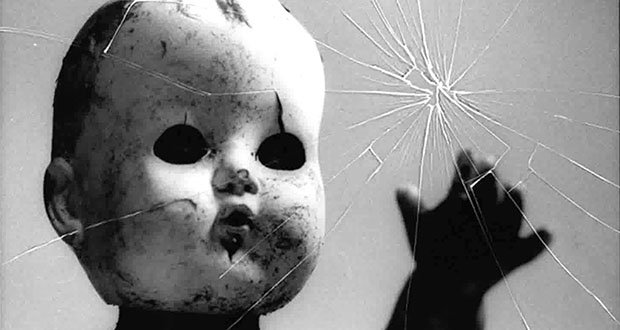 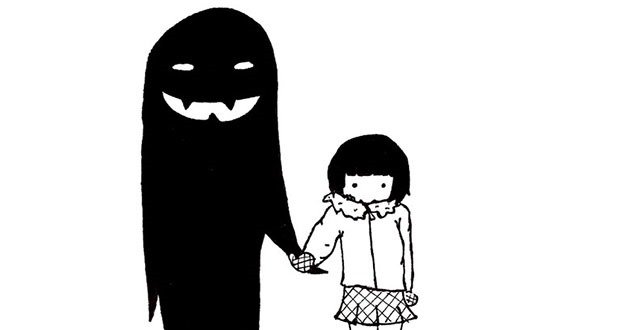 11. OK, backstory time. When I was a kid “Mr. Rand” used to come into my room 4 or 5 times a week. He’d talk to me and tell me about ‘stuff’ and how he was killed in WW2. See Ol’ mate Rand was a figment of my 4-year-old imagination. Any way one day when I was 9 or so Mr. Rand stopped showing up.

Fast forward to about 3 years ago and my son, who is about 5 at the time, walks out of his room one night at about 11:30 and says there’s a man in his room. I flip out and run into his room to find nobody to which he then says “Mr. Rand said you can’t see him anymore, but he’s ok!” The kids got his own imaginary mate called Mr. Rand, but they only chat once or twice a year.

12. My niece was sitting on the couch with a weird look on her face. Her mom asked her what she was thinking about, and she said, “I’m imagining the waves of blood rushing over me.”

Turned out they had been at a local science museum with an exhibit on the circulatory system. One of the features was a walk among some giant fake blood vessels, and she was remembering that.

13. So a friend of mine was 6 years old when she told her mother that “the lady who used to live here told me that she hates the wallpaper” and that “you are covering her note”. My friend’s mom just thought it was make belief rambling and forgot about it. Well, 12 years later when the mom is redecorating and taking down the wallpaper in the attic, she finds a suicide note scratched into the wall. The mom freaks out and calls my friend and starts crying asking if she remembered anything more about the women who spoke to her. My friend starts to recall the woman and starts to freak out saying she only remembered talking to her in the attic.

He was cuddling with her and being very sweet (he was about 3 at the time). He takes her face in his hands, and brings his face close to hers, then tells her that she’s very old, and will die soon.

Then he makes a point of looking at the clock.

15. I work in a preschool. Creepy sh*t gets said and done all the time. The one that sticks out to me happened last year. There is a small kitchenette area in our classroom that the kids use during free time for playing house or whatever pretend games they think up. There was one little girl that I was keeping a close eye on, mostly because of how withdrawn from the other kids she was. I noticed she was playing with a baby doll in the kitchenette, rocking it back and forth and singing to it.

She then took the baby, shoved it into the play oven and slammed the door shut. She turned around, looked straight at me, and said, “Sometimes bad babies go in timeout” in the creepiest little girl voice I’ve ever heard before smiling and running off. That one kind of shook me. 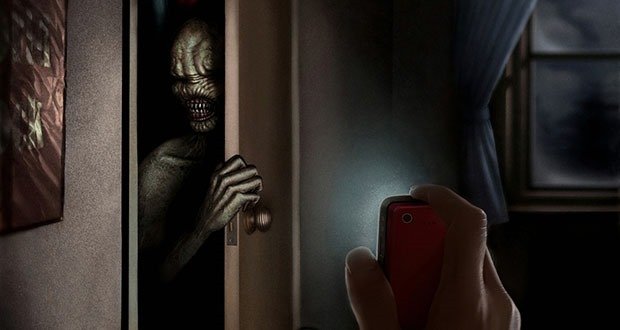 16. When my son was 9, I was putting him to bed and he starts making a fuss about the monster in the closet. I tell him he’s too old for that kind of thing and to go to sleep. He whines that I need to check the closet. I relent since that’s the only way to shut him up. I open the closet, I turn on the light, and I see this big burly guy with a beard staring back at me and I scream like a little girl.

It was a mirror.

He’s laughing his troll ass off and I’m wondering if he’s too old to be abandoned on someone’s doorstep. So far he hasn’t killed me with a heart attack yet.

17. When I was young, like maybe two years old, my grandma was in the hospital, dying of cancer. Obviously I had no idea what was going on, but apparently, one day when my mother and aunt were watching me, I suddenly looked at them and said “Only one Grandma.”

They kept trying to convince me otherwise, that no, I had two grandmas, but I kept repeating that line over and over. Then the phone rang. It was my uncle calling to tell my mother that my grandma had passed a few minutes ago.

18. While I was taking a nap, my roommate was watching my daughter. My daughter seemingly went back to her room but had been back there for a while so my roommate went to check on her.

My roommate found my daughter in my room standing over me with a toy knife, repeatedly bringing it down in a stabbing motion with both hands whispering “STAB STAB STAB STAB…”

19. My nephew was 4 at the time. My sister and I were driving along, he in his car seat in the back when we came up behind a pickup truck with a clearly dead cow laying with its head lolling lifelessly towards us. My sister, trying to bring hope to the situation says “… Maybe it’s just sleeping?”
And my nephew, completely serious, replies instantly with: “Maybe it’s just dead.”

We were watching America’s Ninja Warrior and they just told one of their inspirational stories of a guy who had overcome all odds to come compete and they kept cutting to his beautiful wife and young children in the audience. My nephew says excitedly: “I want to see him fail right in front of his kids.”

20. My 4-year-old son had a habit of announcing when he had to use the bathroom. He would say “I gotta go potty”. One time he makes his business known and heads off toward the bathroom. He returns seconds later and says “There’s already someone in the bathroom”. Now I do know for a fact that it’s just the two of us home so the hair stands up on my neck. I ask him, “what do you mean”.
He repeats, “There’s already someone in the bathroom”.
Now I’m thinking, is it someone “I see dead people” or someone in a hockey goalie mask.
So I grab the biggest knife from my knife block and tell him to stay here. I walk to the bathroom, take a wide angle to see in, nobody. Slowly and quietly I walk toward the shower and pull back the curtain. Nothing. By now my son has walked around the corner and I ask him “where did you see the person”
He points to an un-flushed toilet and says “See, someone’s already here”. His big brother didn’t flush the toilet.

October 28, 2016
Latest Posts
Subscribe to Blog via Email
Did you know?
Loading...
Facts of the Day
Registration is disabled.