We asked our regular contributors through e-mail  What is the nicest thing a stranger has done for you? We got many interesting responses. Here are some of them. We have just copied and pasted their responses, not editing them in any way. 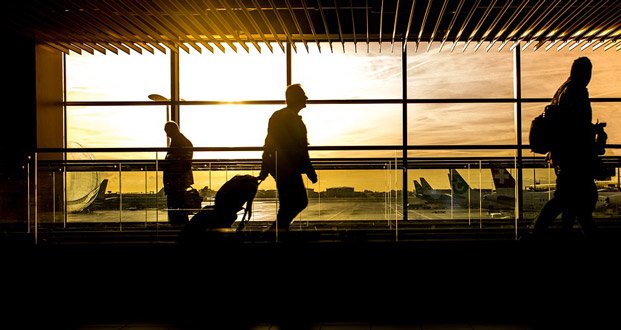 1. After long delays, my flight was canceled while I was standing in line at the gate to board it.

Next day was my Son’s first birthday. I needed to be home.

Went to the United desk and they refused to help me in any way. Not only could I not get another flight that day, but nothing the next day either. Despite the fact, I was internetting the hell out of my phone and showing them all sorts of flights, direct and connecting that would get me there they were refusing, and I just didn’t have money to go buy something else. I was starting to lose my cool.

A guy in line stepped out after hearing me. Told them he was some crazy status, and asked to speak directly to the manager. Next thing I knew he was transferring his own ticket on a direct flight to me so I could get home to see my boy. I don’t even know what happened. I tried to thank him in every way I knew how and he refused to take anything from me, just told me he knew how it was when he was younger and would have wanted someone to do the same for him.

I hugged the guy (probably against his will) and ran and made my (his) plane and was in a first-class seat home.

2. My birthday one year was really sucking. I decided to go buy myself a cake at the grocery store and get it decorated because it was my birthday and I wanted something nice. When the guy at the counter asked who it was for (in retrospect he meant what name to put on it) and I said it was for me, he was incredulous that I had to buy my own birthday cake. I just kind of shrugged and went out to finish shopping for groceries. He said my cake would be paid for at pick up.

When I came back to pay for and pick up my cake, a different person was at the register and she said my cake had been paid for. It was also decorated a bit more than I thought it should have been. I have not seen that guy working there since and in my head I’ve called him the cake fairy.

3. Thanksgiving day, 2003. I was driving down to my parents on Long Island from Buffalo, a 7-8 hour drive. As I’m about halfway, I get a blowout. The tire is just shredded. I managed to get the donut on and slowly got into the next town. (Most of New York state is just… farms and nothing.) I stopped at every store that would conceivably have a tire, but nothing was open. I stopped at a police station, they told me to get a hotel until tomorrow. So I hop back into my car and try to make it to the next town, try there. That’s when my donut went flat. So I get out and start walking. It is 2003, I don’t have a cell phone, so I knock on the first house I can find, hoping they’d let me use their phone so I can call my parents. The lady who answered the door invited me in, let me use her phone, offered me food and then, to my complete shock, called her friend who owned a used car dealership, had them tow my car to the dealership and put on a new tire, free of charge. I went from completely missing Thanksgiving and having to spend the night in some shitty hotel outside Binghamton to being back on my way within 2 hours. I’ll never forget that lady.

4. In 1990 I was 19 years old, driving cross county by myself and all I have is $63 and a Texaco card. I’m close to empty one night somewhere in Iowa and pull up to a Texaco station about 5 minutes after they closed. I was trying to only use my Texaco card and conserve what little cash I had. The person working the station wouldn’t open to give me gas so I decided that I’ll just put all my clothes on (it was December and about 11 degrees) and sleep in my car until they opened in the AM.

About 2 am I hear a tap on the window and “I’m going to have to ask you to step out of the car!” It was the sheriff. I explained what was going on, he ran my ID to make sure I didn’t have warrants or anything and then ominously states, “That’s not how we do things around here.” OMG, I was terrified. How do you do things around here? What’s going to happen to me?!? Apparently, he was pissed that the guy at the gas station left me there. So he calls the owner of the gas station, makes him come down in the middle of the night and fill my gas tank *for free*.

Then the sheriff calls his wife, let’s her know what’s going on and she tells him to bring me over to their place. Mrs. Sheriff proceeds to feed me, let me take a shower and sleep there until the next morning. Then she feeds me again, packs me a lunch, gives me $20 in cash and sends me on my way.

It was seriously one of the most wholesome things that have ever happened to me.

5. I was in a deep depression some years back and I just decided to walk in the park. I had sat down for some minutes and a kid, who could not have been more than four years, came up to me and handed me three yellow sunflowers. This random act of kindness is one of the most memorable in my life. 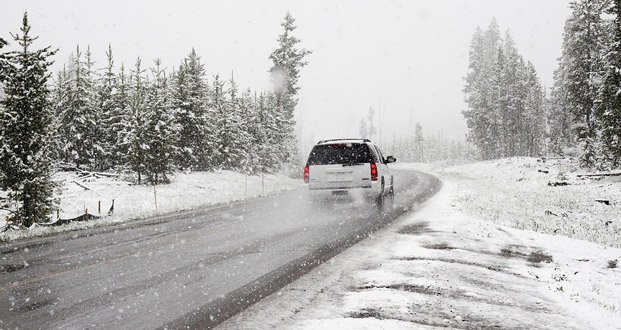 6. Here in upstate NY we just got a foot of snow Saturday. Came out to snow blow my driveway to my driveway already having been plowed. It’s a long driveway.

Anyways whoever did it didn’t leave a note or anything, no idea who did it.

7. I helped a guy go through TSA at La Guard-ya in NYC. Around 2008ish. He’d never flown before, had no idea what he could take on the plane, how much, etc. Security told him he couldn’t use his plastic bags he has his stuff in. Anyway, what rattled me was the fact that he was shoving pairs of very new Nikes into a trash bin- I couldn’t fathom why, so I went to ask. He explained his situation, so I told him that if he held tight, I’d go through security, buy him a carryon so he could get his stuff through. He handed me a hundred and I gave him my crochet project bag to hold as insurance. Got him a suitcase, went back and gave him it and the change, and showed him how to go through, remove your belt and shoes, etc. He thanked me and we hugged, going our own ways.

My flight was delayed by 3 hours at the last minute and I was already exhausted. I used my purse as a pillow and covered up with my coat, and fell asleep against a wall. When I woke up, there was a fuzzy travel blanket, convertible neck pillow, eye mask, a bag of cookies, and a little plush dog with a note tucked in his collar. He stuck this gift between me and the wall and never woke me up. I ended up traveling for 11 more hours and that thoughtful little package saved my sanity.

Random airport dude, I’m glad you got to keep your kicks, and I still have the puppy. I named him LG.

8. I bought my condo at 27 from a guy I’ve never met. There were a lot of offers way over asking price in a competitive market, but I offered what I could. I had lost out on many places before over months of searching, being outbid by ridiculous cash offers I had no chance of beating.

I fell in love with this neighborhood and made two other failed offers here earlier, so I wrote him a letter just telling my story, how hard I’d tried to save everything I could to buy my first place and make a home and start really establishing myself.

He ended up taking my offer over much higher bids because he bought this place decades ago when he was a struggling 27 years old trying to establish himself and my letter resonated with him. He probably could have made another $40k, but he wanted to give me the opportunity he had. I’m forever grateful.

9. I fell asleep at the wheel and drove my car into a ditch right at the entrance of my street. Must’ve been 1 AM. This guy was outside on his porch in a white t-shirt, rain boots, and boxers having a smoke. Yells over to me if I need help. I say I do. He says give me a sec. Brings out his old Toyota 4 runner and hitches my car to it. Pulls my car out in no time. Never seen him again.

10. My bathing suit flew off one of those wave machine things on a cruise ship when I was young. Not down a bit, exposing some of my butts. Off. WHOOSH. Trying to stand, keep my boyhood covered and looking for my trunks in a tsunami was tricky. A towel hits me in the face. Thank you, kind stranger.