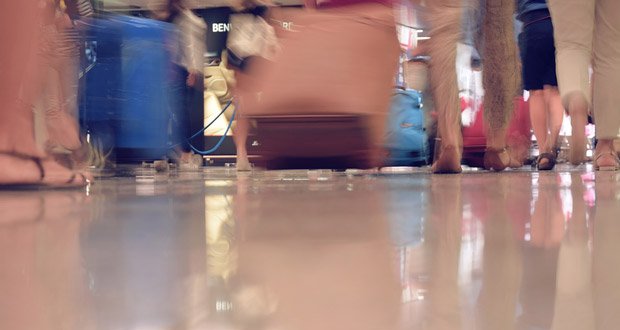 She unwisely spent every last dollar buying souvenirs at Heathrow before taking the return flight.

As she went to get boarded, she discovered that despite the fact that she had already paid for her ticket, TWA had increased the price of the flight due to fuel prices. She had no money and they demanded 100 bucks to board. She sobbed in fright at being stranded in England, with no money.

The man behind her in line paid it.

12. In Paris, the Metro is not wheelchair-friendly. We got stuck once because the accessible station was closed and we were diverted elsewhere. Two guys walked up, picked up my MIL in her chair, carried her up a flight, through the turnstile, and down a flight to the platform. Quick as you please, and they wanted nothing more than thanks. I don’t think they even knew each other.

13. I was on the bus freaking out about how I was going to feed my fiance and I as I was the only person working a 100% commission job. A stranger heard me on the phone freaking out on the verge of tears and politely alerted me I had “dropped” some money. It was 40 dollars and me my fiance used every penny. I never got to thank them but I quit that job I think a week or so later and found something way more stable.

14. When I was 9 or 10 I missed the school bus. This big guy picked me up and run towards the bus screaming to try to make the bus stop. It eventually did and he put me inside of it and then dipped, I couldn’t even say thanks. And I was a chubby one no less.

15. When I was around 8, I was crossing a street without much looking. As soon as I started crossing, a stranger pulled me back by my shirt. Of course, a car flew at the same moment. Thank you, stranger. 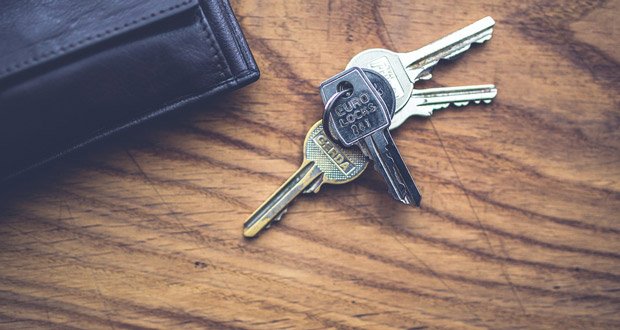 16. Was out clubbing and dropped my house keys. Next day, get a letter in my mailbox with a guys phone number. I text him, turns out he found my keys in the club, recognized the building they belong to (student housing), came to the building and tried the keys on every single mailbox until he found the right one. Then gave them back to me. Nicest guy ever, glad he didn’t rob me instead.

17. I was at a bar with my then-girlfriend. Seated next to us was an older gentleman who was alone and looking forlorn. After a time, he tapped my girlfriend on the shoulder and said, “I like the way you two talk to one another. Here’s what I’m going to do – I spent a fortune on these tickets for my wife. Unfortunately, she can’t go anymore, and I just don’t feel like going without her. So I’d like you two to have them. The only catch is that the concert starts in twenty minutes.”

He didn’t elaborate, nor would he accept payment. He asked only that we go, enjoy ourselves, and keep being good to each other. He paid his tab and left.

And that’s how I got front row seats to Prince.

18. Was a groomsman at a wedding and my flight got delayed, like really delayed. So bad that Delta brought out the “We are sorry” care packages and complimentary pizza. Towards the 7th hour, I started getting pissed that the front desk wasn’t giving us answers.

Well, when I was going off, some 7-foot tall diesel looking, black guy, saw me, got in line for the complimentary pizza – and handed me the plate, I ate it and reflected on what a prick I must have been.

Later he found another flight and was kind enough to ask the front desk women to book two tickets instead of one. He gave me the other ticket. Apart from the nod I gave him once we got off the plane, I never saw that dude again or even learned his name.

I made it to the wedding just in time.

19. When I was 11, I was stupid enough to cross in front of a bus with only a cursory glance backward and I missed the minivan that had just started to overtake the bus. I got hit by the left-hand corner and flung across the road, injuring my legs (my knee still hurts sometimes all this time later) and splitting my lower lip.

As I lay there, a lady who I had seen on the bus a few times, came over and helped me over to the curb, checked me over, made sure my parents were called, made sure an ambulance was called and generally looked after a scared tearful hurt little boy.

She was wonderful and I still see her around to this day and she always gives me a big smile when I wave hello.

20. I was once feeling really down cause of school and just life in general. I stopped at a convenience store on the way home to pick up a bit of chocolate to make myself feel better. The guy at the register must have noticed how miserable I was looking because he let me have the chocolate bar for free. It was a really simple act of kindness, but it almost made me tear up in that convenience store and instantly improved a shitty day. 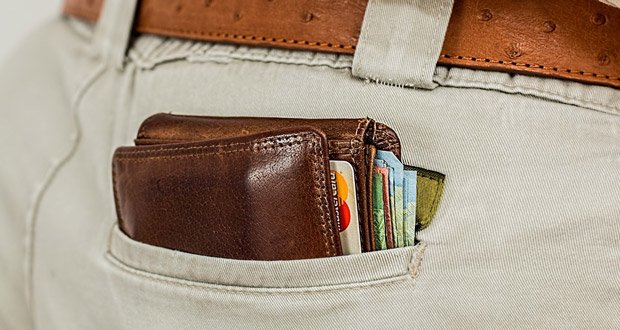 21. Dropped my wallet in a mall parking lot, some lady found it and mailed it back to me with a nice letter. All the money was still in it. I felt like a Dark Souls character who reversed hollowing at a bonfire.

22. When I was really ill in October 2017, my father also became even iller than I was in another country. There was nobody else around for him who gave a sh*t, so I had to fly over there to see/support him and bring him home with me after he had recovered from the surgery. I had just been through a lot of trauma, and I was in no physical shape or emotional state to be getting on a plane but there was literally no other option. The flight was only around 2 hours but even that was way too much for someone as weak/frail as I was. When I was waiting in line to board the plane, I could immediately feel myself getting dizzy/panicky but that got a lot worse when I got onto the plane and when it started to take off. I started having a full blown panic attack, hyperventilating and crying in the seat. I was sitting at the window, and there was a rather large man sitting in the middle and his daughter on the outer seat. The man noticed me crying and he and his daughter switched seats, she took my hand and said something along the lines of ”You’re okay, we’re here. There’s no need to hold this anxiety back, we’re not going to judge you, just let it happen everything will be alright”. She just hugged me and told me shes so sorry while I hysterically cried. Once we landed, she and her father drove me in their car directly to the door of the hospital my dad was admitted to (1 hour+ away). They even offered to book me a hotel for a night or two, but I already had accommodation sorted out. I don’t know what I would have done without those people that day. We have each other on Facebook and she occasionally checks in with me.

23. Going through the line at Aldi and I had a bunch of stuff for WIC. Cheese, milk, yogurt, cereal, and juice for my pregnancy with twins girlfriend. Find out Aldi doesn’t participate in the WIC program and oh sh*t I’m broke otherwise. I apologize and ask if they could restock it for me and out of nowhere, this nice lady says she can cover it. I say wow thank you but not needed as I can go to Walmart down the road. She insists, tells me congratulations, and best wishes for the babies. She really restored a lot of my faith in humanity that day.

24. Once, I was carrying my sobbing infant in the grocery store while waiting in line to check out. I was super overwhelmed (it was my first trip out after my son was born), and a kind older man said: “One day, you’re going to look back on this with happy memories and even miss these moments”. He then insisted that I cut in front of him in line, and bought all of my groceries. Man, that made a huge impact on me. What a wonderful man.

25. I spent some time helping a customer that my co-workers seemed annoyed with/couldn’t be bothered with because she had so many questions. The lady left and about 30 minutes later she flagged me down in the parking lot as I was going out to break. I went to her car and she thanked me and handed me a bouquet of flowers she’d just gone and bought for me. Very sweet and very unexpected.