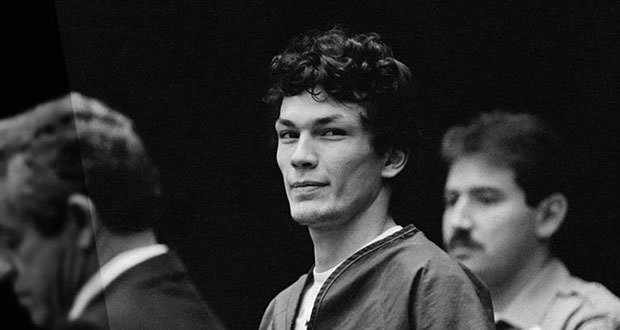 11. My dad met Richard Ramirez while working as a prison guard. My dad is probably the most jaded person I know, I have never seen him intimidated by anyone. When he was retelling this story, he got a really scared look on his face.

For some context, Richard Ramirez was the second Night Stalker in southern California. He had recently been caught, and was temporarily being housed in the prison my dad worked at. My dad was assigned to him, and after meeting him, he refused to ever go near him again. There were these women that would visit him and bring him things, and they always looked terrified. But this man was so manipulative and effective with speech that they were completely under his control. He would look you directly in the eye and say things like, “Are you happy with your life?” and, “I can get you anything you could ever want if you do what I say.” The worst part is that you would believe it. He had this way of speaking and getting inside your head that made you feel powerless and like you had to rely on him. My dad said that out of all of his years in law enforcement, to this day that is the only time that he felt like he was in the presence of someone truly evil.

12. I knew a guy, 5’8″ or so. He always dressed like an old school librarian. Quiet guy. Friendly. We were having drinks after work and some 6’2” Neanderthal was getting rough with some girl outside the bar. The Neanderthal had 4 similarly caveman like friends with him. I am a fairly big guy and I stepped in and said “Mate, how about you step back and leave the lady alone.” This gorilla turned on me and punched me in the face before I knew what was happening and I am on my ass.
All 5 five of them move towards me when my friend stepped in and absolutely obliterated all 5 in about 30 seconds. There were no fancy flying kicks or such. His fighting style was the most brutally understated thing I have ever seen. It was efficient, it was cold and these guys got hurt badly.

Turns out he was like 8th generation military from some Afrikaan family that took their whole soldier thing terribly serious and had spent a dozen years in some South African recon commando special forces para sniper unit. Before that he reckoned his military service actually started when he was four as the whole extended family was run like some military training camp. He bailed from South Africa and moved to Australia and became an accountant.

13. One of the guys I prosecuted for capital murder back when I was a prosecutor. He decapitated his children. When you looked into his eyes, nothing human looked back at you from them. It wasn’t that he was a sociopath (in fact, he was very obviously mentally ill and a long life of abusing drugs had left him less than all there, cognitively). It’s just that his eyes were very, very dead. Not dead in the sense of hopeless or resigned to his fate, but just that nothing that loved light and warmth ever looked out from behind those eyes.

And it’s not that he scared me, physically. Running into the guy in a dark alley would not be scary. But it scares me that there are people like that out there. Sociopaths and psychopaths I can deal with. I understand them, psychologically. I see where they fit. But this guy was just something else, like the inversion of a person.

14. I interviewed a guy who had cut his grandmother’s head off with a bread knife. He was about 5’6” and maybe 110. Eyes like Charlie Manson. When he said, “I want you out of my cell.” I could tell he was fighting back the impulse to attack me. So I left.

15. I once went on a tour through San Quentin. For those of you who aren’t aware, it’s one of California’s toughest correctional facilities housing the worst of the worst. While on the tour, the guide told us to stop and get close to the wall because they were transporting someone. Two guards were walking with an old white male prisoner, looked about 65. While he walked past us he grinned and waved to us, and his presence was just eerie. Even though he appeared to be harmless you just got the feeling that there is something terribly wrong with him, something subtle. When they passed, the tour guide said “creepy… that guy is a serial killer.” 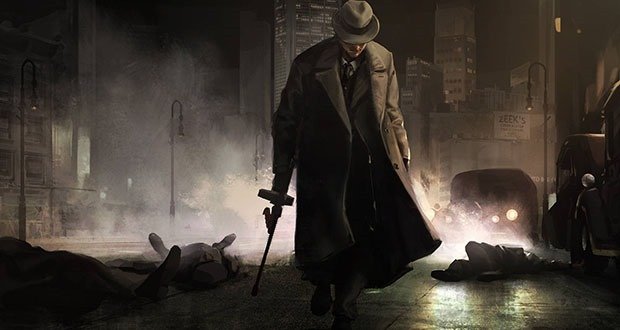 16. I met an Irish mafia enforcer in federal prison. We walked the track together. He told me, “I got enough bodies to fill those bleachers”.

17. I was in Italy. This woman had a voice that I can only describe as demonic. She was in a wheelchair and had a gas tank. Whenever I have nightmares that involve demons, they always have her voice.

18. Mike Tyson. Not the Mike today that’ll take a selfie with you for Instagram just because you asked, but the coked-up one who just got his face tattooed and would eat your kids if he ever heard the word, “selfie” come out of your mouth.

It was in ‘02 or ‘03 at a BET Awards after-party in LA. I’m at the bar waiting for drinks and he comes up right beside me, by himself, no bodyguards, no friends, no one. He’s talking sh*t about everyone, the bartender, waitress, go-go dancer, the guy to his left, and before he could say anything about me, I look over and give him a “What’s up, Mike?” Keep in mind I’m star struck, but I deliver that “What’s up, Mike?” so calmly you would’ve thought I knew the man for years. After I said that, he looked at me and his face lit up and gave me a hug. Now, I’m 6’2” Mike’s maybe 5’9” and I’ve never felt so small. This hug felt like I just walked into a jail cell and there was Bubba waiting for some fresh meat. I’ve yet to have a more uncomfortable hug in my life. After he lets go, we have a conversation (mostly about me being in the Air Force) that lasts for maybe 5 minutes. This again, was one of the most confusing conversations I’ve ever had. There were points in the conversation where I thought he was about to whoop my ass. He would talk about George Bush and why I would want to serve a guy like that while looking me dead in the eye like there’s a ref between us asking to touch gloves, then he would start smiling and finish it with a “man, this is a great party.” Definitely one of the scariest and most WTF moments of my life. I’ve met some fu*ked up people and been in some sketchy situations but meeting Mike tops them all just for the simple fact that I’ve never had someone put me on an emotional roller coaster like that from a 5-minute conversation.

19. This isn’t my story, but I’ve been looking for a place to put it for a while now, and here’s about as good a time as any, so I’ll share what my father once told me: So my dad was walking around the streets of Milwaukee one night with my mom. All of a sudden, two men approach them (we’ll call them Man A and Man B). My dad said Man A to be mentally ill, and was saying “do you guys wanna buy some soda?” My dad thought Man B looked familiar, but couldn’t put a finger to it at the time. Man B put his hand on the back of Man A and said “let’s go” as they approached a car. My parents fled immediately, not wanting anything to do with that. Four days later, Jeffrey Dahmer (serial killer from WI, for those who don’t know) was arrested a few blocks away from the original encounter. My dad is positive it was him, as Dahmer was allegedly infamous for taking young men who were mentally ill.

20. My dad. He is the sweetest, most congenial man you’ll ever meet. He seems to have a friend everywhere we go. Dogs and kids are drawn to him like magnets because he’s so genuinely kind and gentle. He doesn’t take himself seriously at all and will never hesitate to roll around on the ground, make faces at babies and generally act like a giant child. But he’s a retired cop of 31 years.

He has worked some pretty intense beats and seen some gnarly things. He spent 10 years as a homicide detective in southern California. He can switch modes like a light switch and, when he is serious, the mere sound of his voice will chill your blood.