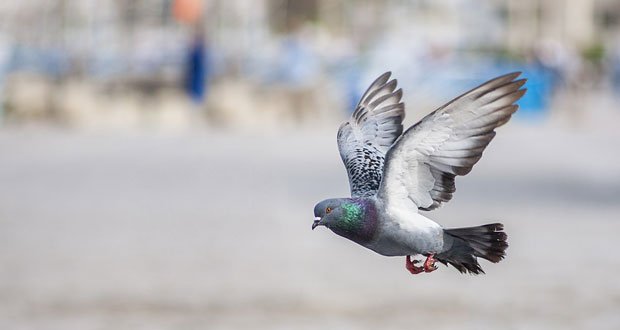 1. In Barcelona, they control the pigeon population by mixing birth control chemicals with the birdseed. – Source

2. The Sagrada Familia is a church in Barcelona that has been under construction for over 130 years and is still not expected to be complete by 2026 at the earliest estimate. – Source

3. The Eiffel Tower was originally supposed to be in Barcelona. But thinking the thing would end up looking like an eyesore, the city rejected Gustave Eiffel’s plans, and he was forced to repitch the project elsewhere. Luckily, Eiffel found a home for his idea in Paris. – Source

4. George Orwell fought in the Spanish civil war and was shot in the neck. There is now a square in Barcelona named after him called “Plaça de George Orwell”. Ironically, the square was once one of the most heavily surveillanced places in Spain. – Source

5. Snowflake is the only known albino gorilla. He was a resident of Barcelona zoo, Spain. – Source

6. The monument erected in Barcelona to commemorate Columbus’s first voyage to America has him pointing to Africa instead. – Source

7. Nativity scenes in Barcelona often traditionally contain one figure pooping off in the corner. – Source

8. The Bar Dow Jones in Barcelona, Spain sets their prices based on what is being purchased more. The price of a Stella Artois will go up and down throughout the night. Their version of a “happy hour” is when the market “crashes” and drinks drop to 1 euro. – Source

9. Catalans gather every year in Barcelona to build “human castles” and the record is 10 levels. – Source

11. One of the world’s fastest supercomputers, the MareNostrum, lives in a former chapel in Barcelona. – Source

12. Its illegal to wear a bikini in Barcelona anywhere but the beach. – Source

13. There is an architecture in Eixample, a district of Barcelona. The popular octagonal “blocks” of buildings, designed by Ildefons Cerda, serve to create wide intersections, making for greater visibility, better ventilation and (today) some short-stay parking space. – Source

14. The Camp Nou, a football stadium in Barcelona, Spain, is the largest stadium in Europe. – Source