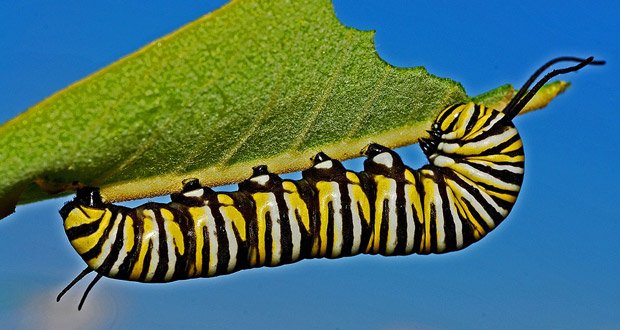 1. Caterpillars don’t “morph” into butterflies. Their bodies turn into a protein “goop” within their chrysalis and rapid DNA-driven cell-division takes care of the rest. – Source

2. When a caterpillar is eating a tobacco plant, the plant sends out a chemical distress call that attracts predators of the caterpillar. – Source

3. “Zombie” Caterpillars are infected with a virus, that causes them to climb to the treetops to die, liquefy and rain on the foliage below to infect others.  – Source

4. Caterpillars form “processions” of up to 300 insects in a row, mimicking a snake so as to avoid being picked off by predators. – Source

5. There is a species of caterpillar nicknamed the “Assassin Caterpillar” capable of killing humans. – Source

6. Some Arctic caterpillars can’t eat enough during summer to sustain transformation so they winter over frozen solid, protected by their blood’s antifreeze properties. It may take 14yrs before they build enough reserve to transform. These are the oldest caterpillars in the world. – Source

7. There exists a caterpillar with a cat face. – Source

8. There’s a caterpillar called the Jewel Caterpillar in the Amazon Rainforest that looks like a walking gummy worm. – Source

9. Caterpillars move by first sliding their internal organs forward then picking up their legs to match the position of their innards. – Source

10. Yartsa Gunbu is a parasitic fungus that is harvested by the Nepali from dead caterpillars. It fetches upwards of $50,000 USD per pound, is used primarily in traditional Chinese medicines, and has no scientifically proven benefits. It is sometimes referred to as “the Viagra of the Himalayas.” – Source 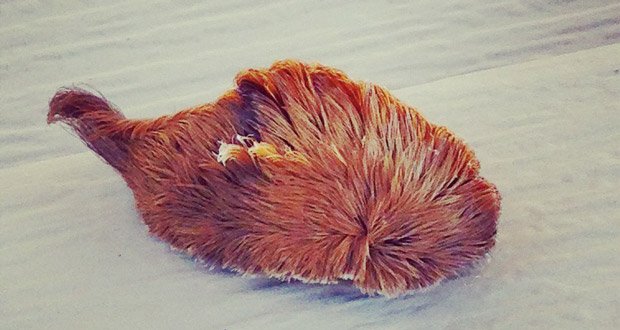 11. The United States has a poisonous caterpillar called the Megalopyge opercularis. The “fur” of the larva contains venomous spines that cause extremely painful reactions in human skin upon contact. – Source

12. The U.S. government, in 1990, once planned to eradicate the cocaine trade by using millions of caterpillars that feed on coca plants to destroy coca crops. – Source

AskReaders: What is a website that everyone should know about but few people actually know about?