Just a fair warning. These pictures and concepts aren’t particularly graphic, but they may make some people uncomfortable. I just want to stress that it’s important to know that these things REALLY happened to very REAL people it’s important to recognize the past, even the stuff that might make some of us uncomfortable. Thank you. This is part 3 of the series Horrors of History. Click here for part 1 and part 2.

The Angel of Death 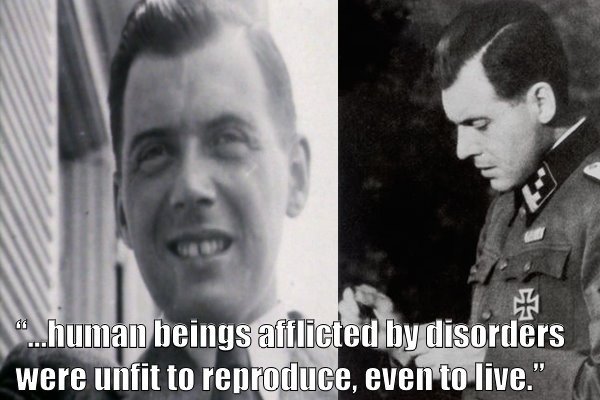 Josef Mengele was born on March 16th 1911. He spent most of his life studying medicine, where he became a respected student. His main focus, however, was on the idea of “Eugenics”, or the idea that the genetic quality of Aryan people could be improved. His real interest in genetics and evolution happened to coincide with the developing concept that human beings afflicted by ‘disorders’ were unfit to reproduce, even to live. 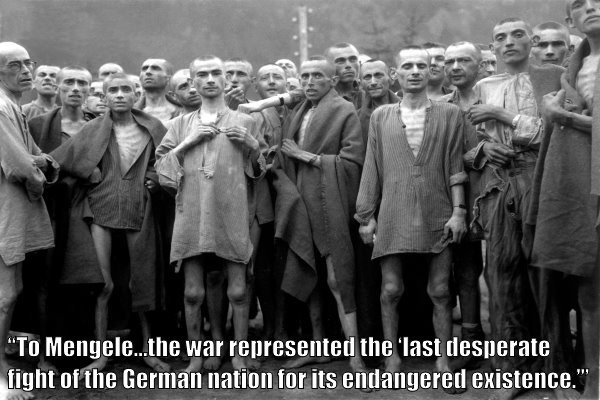 When the war broke out, Mengele was a very respected soldier, quickly gaining the title of Untersturmfuhrer, sub-lieutenant for the Waffen SS. His connections and rank eventually landed him the job as Captain and head doctor of Auschwitz. Here, he was the man who decided who lived or died coming off the train. “He would point with his cane at each person and direct them with one word: ‘right’ or ‘left’…he seemed to enjoy (it)”. 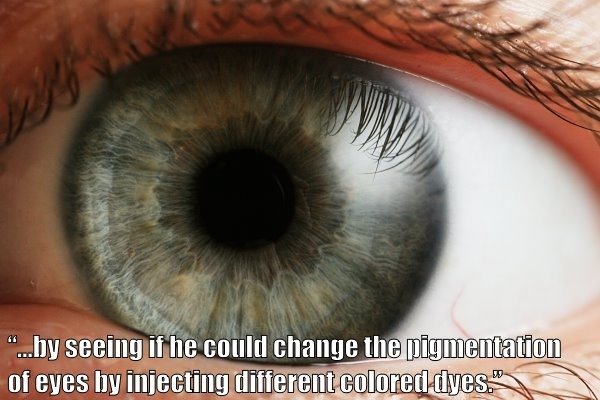 His first order of business was finding ways of mass sterilization for the “recently imprisoned ‘inferior races’”. They embarked on a series of experiments on hundreds of prisoners, attempting CASTRATION VIA X-RAY. Women’s ovaries were then removed (while they were alive, with no sedatives) for examination.

Early on, “Mengele had already made a bizarre start in his attempt to perfect the ideal German…by seeing if he could change the pigmentation of eyes by injecting different colored dyes.” Once done, he would remove the eyes, and hang them on a wall, “pinned up like butterflies.” 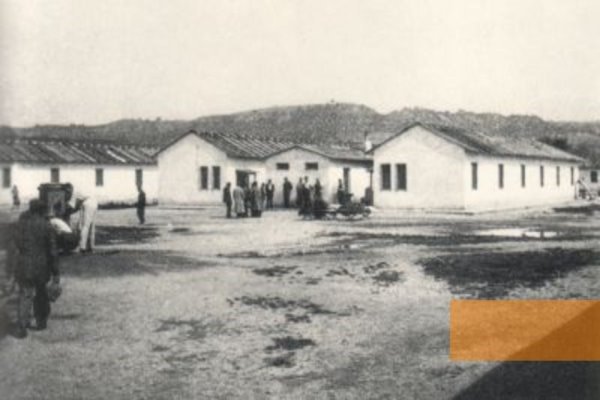 “I thought I was dead and already living in hell” one of his Jewish assistants recalls.

His biggest fascination by far was with twins. He believed that it was the best way to have a “control”, and a test subject to compare the results of his experiments. However, it was important that if 1 subject died, the other would be killed.

Twins were located at a Barrack 14 of Camp F, nicknamed “The Zoo.” 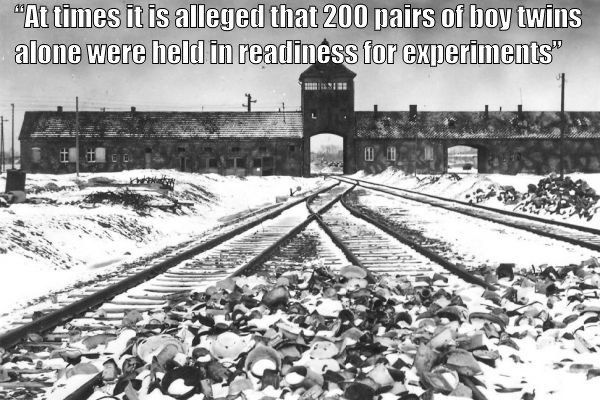 The number of twins Mengele experimented on was upwards of 3000. The overwhelming majority of his victims were killed in many diverse, pointless experiments. Mengele would mix unusual kindness with cruelty, only for his own gain.

“One day Mengele brought chocolate and special clothes…the next day, SS men took the two children away…one of them was a hunchback…two or three days later…the hunchback was sewn to the other child, back to back, their wrists back to back too. There was a terrible smell of gangrene. The cuts were dirty and the children cried every night”.

In another instance, a child had painful mouth ulcers. Mengele went to extreme lengths to relieve the child of his pain. After some time, the child recovered and was immediately sent to the gas chambers. 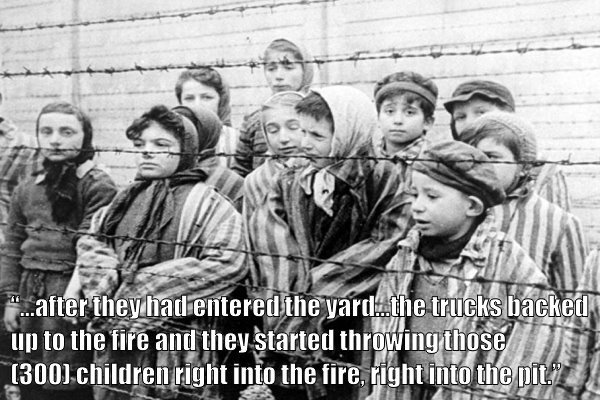 Mengele sometimes went on mass killing sprees with no real method at all and no discernible knowledge which could possibly be gained. He forced two sets of twin children to have sex with one another, saying that “they were prisoners and had no say in the matter”.

The worst case (at least recorded) was when Mengele took 10 truckloads of 300 children, and circled the trucks around a large fire pit. The trucks were then dumped, with 300 children burning alive. An officer walked around with sticks to push back in any children who escaped. THEY WERE ALL UNDER 5 YEARS OLD. 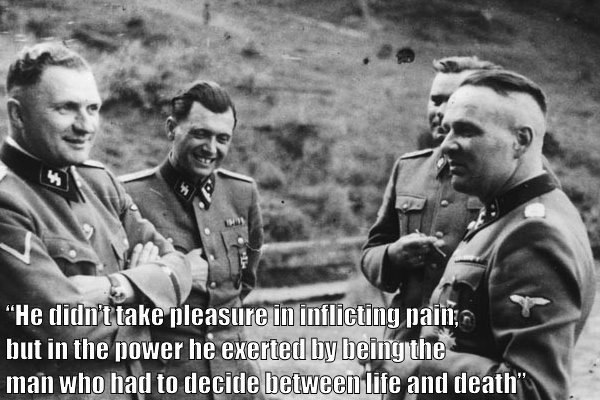 His book recalls instances of Mengele’s many experiments, including: stepping on the stomachs of pregnant women until they miscarried, infecting hundreds of gypsy twins with typhus, forcing twins to have unsterilized blood transfusions with one another, severing different body parts of live people for no particular reason, and many others. 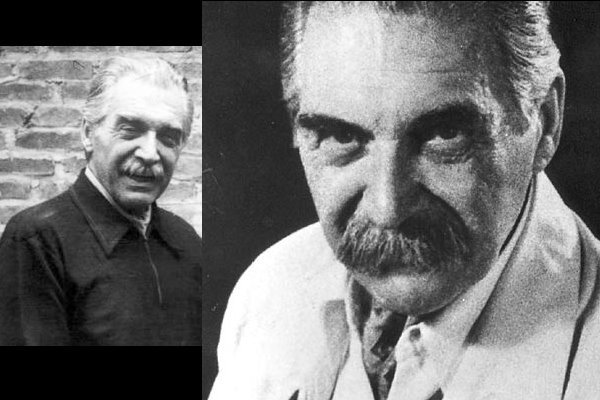 Due to the random nature and inconsistencies, none of his experiments even resulted in any useful information. It was completely pointless. After the war, Mengele escaped to South America, where he lived until 1979 when he had a stroke and drowned. He was never punished for his crimes. 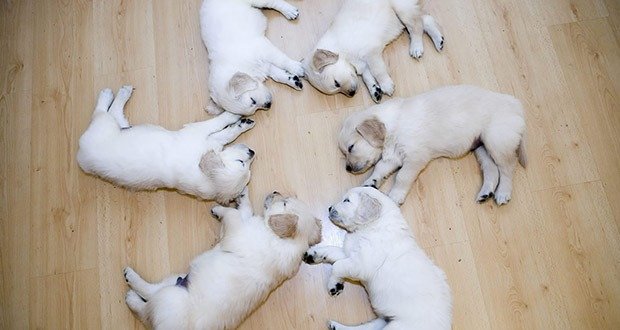 For a reward, here are some PUPPIES WHO WERE NOT HARMED AND ARE CERTAINLY IN LOVELY HOMES SOMEWHERE. I know this may be depressing or even disturbing to some, but it is important to recognize that THESE THINGS HAPPENED. Real people suffered real pain from a very REAL war criminal. This information is not being posted for “shock value”, it is to educate and to prevent it from happening again. The human race has already endured so many eras of hate and bigotry and suffering. Today is not the day to carry on the tradition.