Here are 25 Interesting Facts About Plants. 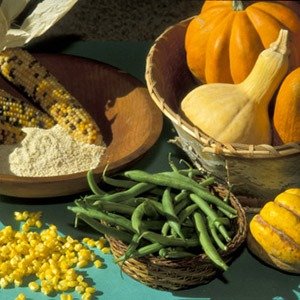 1. Native Americans planted corn, beans, and squash together so that they would benefit each other. The corn provides a structure for the beans to climb, eliminating the need for poles. The beans provide the nitrogen to the soil that the other plants utilize, and the squash spreads along the ground, blocking the sunlight, helping prevent establishment of weeds. – Source

2. Although a potato and a tomato cannot be cross-bred, it is possible to graft together a tomato plant shoot to the rootstock of a potato plant. The grafted plant will produce both tomatoes from the tomato shoot and potatoes from the rootstock. This made possible because both belong to the same family of plants known as “nightshades.” – Source

3. A group of German scientists studying a wild tobacco plant noticed that the compounds it released – called green leaf volatiles or GLVs – were very specific. When the plants were infested by caterpillars, the plants released a distress GLV that attracted predatory bugs who like to eat the caterpillars in question. – Source

4. Brassica oleracea is the species of plant that includes many common foods as cultivars, including cabbage, broccoli, cauliflower, kale, Brussels sprouts, collard greens, savoy, kohlrabi and Chinese kale. In its uncultivated form, it is known as wild cabbage. – Source

5. There is a garden in England devoted entirely to plants that can kill. The creator, the Duchess of Northumberland, felt that people “would be more interested in hearing how a plant killed, how long it would take you to die if you ate it and how gruesome and painful the death might be.” – Source 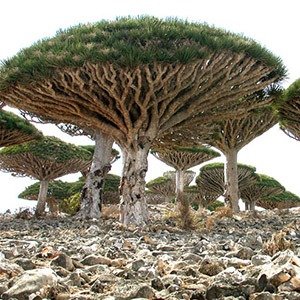 6. Due to its isolation, a third of the plant life on the island of Socotra (Yemen) is found nowhere else on the planet. It has been described as “most alien-looking place on Earth.” – Source

7. In 2012, a team of scientists from the Russian Academy of Sciences successfully revived a flowering plant from a 32,000-year-old fruit buried by a squirrel in the Siberian permafrost. – Source

8. Slovak agriculture scientists grew soya beans in the irradiated zone of Chernobyl to see how they would adapt. Compared to the plants grown in normal soil, the Chernobyl soya produced significantly different amounts of several dozen proteins. Among those are proteins that contribute to the production of seeds, as well as proteins involved in defending cells from heavy metal and radiation damage. One protein is known to actually protect human blood from radiation. – Source

9. Botanists have discovered a giant pitcher plant in Borneo, Malaysia that has a pitcher the exact same size as a tree shrew’s body. The pitcher uses tasty nectar to attract tree shrews, then ensures its pitcher is big enough to collect the feeding mammal’s droppings, feeding the plant. – Source

10. There’s a stinging tree called the Gympie Gympie in Australia that produces a toxin so painful, it has driven people and animals to suicide. It has been described as being sprayed with hot acid and electrocuted at the same time. A soldier was reported to have shot himself after using the tree as toilet paper. – Source 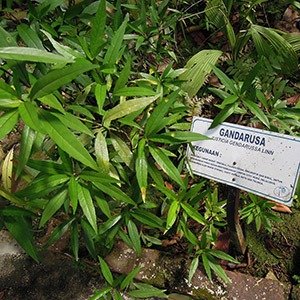 11. An Indonesian tribe successfully uses the “gandarusa” bush as a form of male birth control. Scientists say the plant prevents pregnancy by slowing down the activity of certain enzymes in the sperm that help them wriggle into a female’s ovum. – Source

12. Nepenthes rajah is the largest of the pitcher plants, and it’s also the largest carnivorous plant in the world, sometimes referred to as the “king of the pitcher plants.” It is essentially a trap filled with up to three and half liters of water and two and a half liters of digestive fluid. It is evolved to lure insects to it, and when the insects fall in they are unable to escape and are digested by the plant. On a number of occasions rats have been found half-digested inside the pitchers, and other small vertebrates such as small birds, lizards, and frogs occasionally fall victim to the plants as well. – Source

13. There is a plant called Ramonda Serbica, which can survive the most unfavorable conditions of drought during which it is almost dead but as soon as better conditions appear it lives again. In 1928 a herbarium made by a Russian scientist included this plant. By accident he spilt some water over it and the plant previously totally dry, produced flowers. – Source

14. Ron Sveden, a 75-year-old A retired teacher from Cape Cod discovered that a growth in his lung was not, as feared, a tumor, but rather a pea plant. A seed had somehow lodged itself in his lung, presumably after some food found its way down the wrong tube, and the seed then sprouted. – Source

15. No corn plants exist in the wild. If humans stopped cultivating corn, it would die out in only a few years. – Source 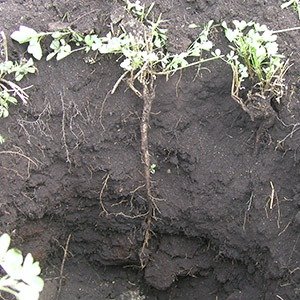 16. Alfalfa is a perennial that can live up to 20 years. It has a taproot that can reach over 20 feet underground. Because of this, the plant can absorb minerals well below a depleted topsoil and slow down erosion. – Source

17. After building the artificial island of Peberholm for the Øresund bridge-tunnel, Denmark decided to plant nothing whatsoever, leaving nature to colonize at its own rate. Today it hosts 450+ plant species, 8-12 bird species and rare spiders. – Source

19. The drug that is used to dilate eyes (Atropine) is made from the “Belladonna plant.” The name “bella donna” is derived from Italian and means “beautiful woman” because the herb was used hundreds of years ago in eye-drops by women to dilate the pupils of their eyes to make them appear seductive. – Source

20. The Indian pipe plant is one of the rare plants which doesn’t contain chlorophyll and thus doesn’t photosynthesize. It hosts certain fungus that gets its energy from photosynthetic trees. – Source 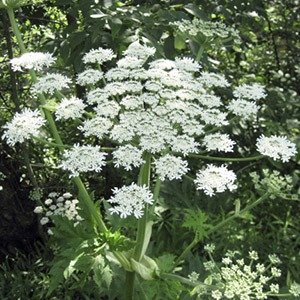 21. There is a large plant known as Hogweed whose sap, in combination with moisture and sunlight, can cause severe skin and eye irritation, painful blistering, permanent scarring and blindness. Contact between the skin and the sap of this plant occurs either through brushing against the bristles on the stem or breaking the stem or leaves.- Source

22. Plants can recognize their siblings and give them preferential treatment, competing less for valuable resources like root space than when surrounded by plants that are strangers. – Source

23. All teas (black, green and white) come from the same plant, camellia sinensis. The only thing that differs is the processing methods. – Source

24. Heath pea, an abundant Scottish plant, when eaten, effectively stops the sensations of both hunger and thirst for days. – Source

25. Walnut trees produce a toxin called juglone that is harmful to many other plant species. The toxin helps protect the tree’s territory to ensure it gets enough sunlight. The toxin can remain in the soil for years after the tree dies or is removed. – Source