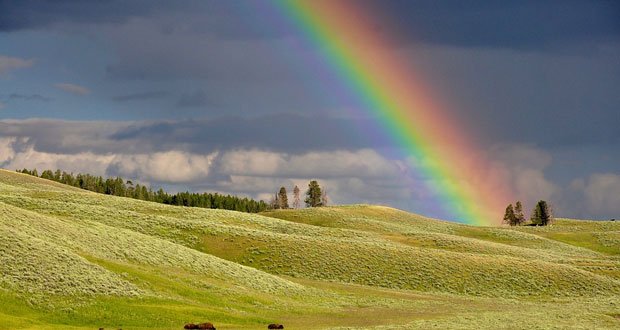 1. Isaac Newton set out the colors of the rainbow we memorize today. However, he originally didn’t include orange or indigo. He only added them later because of his occult belief that there must be 7 separate colors, just like there are 7 notes in a musical scale and 7 days of the week. – Source

2. Hours after Nintendo announced the death of their CEO, Satoru Iwata, a rainbow appeared over their headquarters in Kyoto, Japan. It was dubbed “The Rainbow Road to Heaven”. – Source

3. To see a lunar rainbow or “moonbow”, the moon must not only be full, it also has to be less than 42 degrees in the sky, within 2 to 3 hours before sunrise, and of course, there must be rain falling exactly opposite the moon at that precise moment.. – Source

4. Rainbows appear as full circles when viewed from the air. They only appear as arches from the ground because there’s no rain below the viewer. – Source

5. Some rainbows have only one color and it is called a “Monochrome rainbow”. – Source 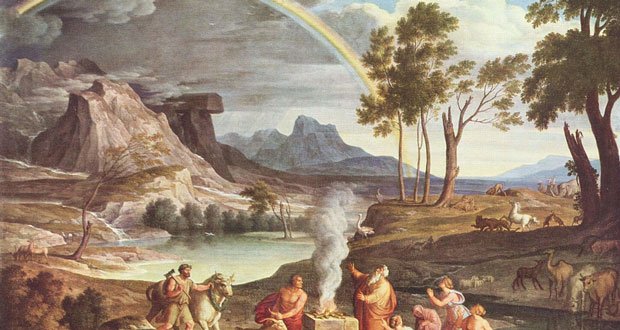 6. In Bulgarian legends, it is said that if you walk beneath a rainbow, you will change genders. – Source

7. Fire rainbows are a rare cloud phenomenon formed by hexagonal ice crystals in high-level cirrus clouds. The halo is so large that the arc appears parallel to the horizon. They are called fire rainbows because they appear like a flame. – Source

8. In a double rainbow, the colors of the second arc are inverted. The primary rainbow will be ROYGBIV, and the lighter bow will be VIBGYOR. – Source

10. Disney has a research arm, which teamed up with researchers from UC San Diego and discovered the mystery behind twin rainbow. – Source

11. A rainbow can be formed on the same side that the sun is on; this phenomenon is called a “sun dog”. It is caused by the refraction of sunlight by crystals in clouds. – Source