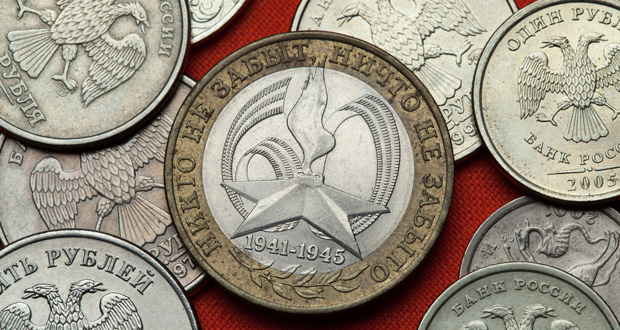 What if you were carrying around powerful historical artifacts inside your pockets?

You don’t have to be Indiana Jones to carry around some history. In fact, the cons in your pocket have some of the wildest histories you’ve never heard of!

Wondering just how interesting the history of coins can get? Keep reading to discover the answer!

Coins have a long and proud tradition throughout the world. And that tradition began around 600 B.C., for this was when the Lydians started carrying coins around.

The concept of objects representing money was even older, but various cultures and nations previously relied on some crazy coin alternatives (more on this below). But these coins, made of gold and silver and featuring the head of a lion, represent the first traditional money in the world.

The presence and use of money helped organize the entire kingdom and effectively created a new way of life. And this new way of doing things would soon spread to other parts of the world.

Different places developed different coins that represented regional values. Nonetheless, the coins had enough universal value to be used as payment for travelers to different city-states.

The main reason for this is that early coins were made of materials like silver and gold. Therefore, each coin had value tied to the value of the material instead of an arbitrary numeric value.

While coins were new at the time, objects as money was an old idea. What, then, were different places using as a form of currency?

In China and other places, salt was valuable enough to be a form of payment. And the Latin word for salt, “salarium,” is the root of a more modern word: salary!

It would take some time before the use of coins spread to every part of the world. Until then, places like Africa used cowry shells for trade, and Russia traded pelts of dead animals such as squirrels!

In some ways, coins were one of the early major symbols in developed cultures. It’s no surprise that coins took on some symbolic meaning in rituals such as weddings.

For example, one Irish tradition has the groom give the bride a coin as a token. It represents his willingness to give her everything that he has to offer.

Britain developed its own fun tradition. You’re familiar with the phrase “something old, something new, something borrowed, something blue?” The original rhyme included “and a sixpence in her shoe,” meaning the bride’s father tucks a coin in her shoe to promote good financial health.

Many people think giving money as a Christmas gift is a bit tacky. But money in the form of coins is tied to one of the oldest “Saint Nicholas” legends.

The legend holds that he overheard a man lamenting his financial woes. The man was saddened that he didn’t have enough money to serve as a dowry for his daughters.

In response, Saint Nick climbed down his chimney and placed gold and silver coins in the girls’ stockings. This allowed them to get the money they needed without making the proud man ask for help.

6. Rise of the Challenge Coin

You’ve probably heard of “challenge coins.” The idea of a challenge coin began during wartime, but it has quickly become a popular cultural phenomenon.

The story of these coins goes back to World War I. The story goes that a lieutenant commissioned several bronze medallions for himself and his men.

He was later captured by Germans but managed to escape to an outpost. When the French soldiers there thought he was a spy, he presented the coin as proof of his identity.

Now, plenty of companies and leaders use challenge coins as a reward and a way to recognize achievement.

Some coin traditions are bittersweet. For example, the tradition of placing a coin on the gravestones of the deceased.

This began as a Jewish tradition but has become more mainstream among other faiths. And even atheists have been known to place a coin on the grave of a loved one when they visit.

It’s not hard to see why: people miss their loved ones and want to leave a bit of themselves behind before they say “goodbye.”

Since the very beginning, coins have been different from place to place. Every city-state chose different symbols to celebrate heroes and to remember their culture.

A fun side effect of this is that it created a sense of solidarity among citizens. Regardless of rank or station in life, everyone was represented by the same coins.

This is true nowadays as well, with many displaying strong feelings about any proposed changes to who is featured on local currency.

For example, ancient Greek coins featured figures such as Aristotle and Alexander the Great. Such choices helped denote which people a culture considered highly important at the time.

10. A System Built On Faith

One of the biggest changes to happen to coins has been what they are made of.

When coins were made of silver and gold, they had a kind of inherent value. In short, the coins were valuable because the material was valuable.

Later countries such as the United States eventually switched to “the Gold Standard.” This meant that the currency in circulation (including cheap coins) represented the amount of gold a country had.

Eventually, the U.S. gave up on the gold standard. Now, the relative value of coins is tied to a kind of social contract and collective faith in the country’s government.

History of Coins: Penny For Your Thoughts

Now you know the wild history of coins. But do you know where to find even stranger facts?

We specialize in fun facts and photos that will change how you see the world. To start your journey, check out the Random Fact Generator today!

What Is Registered Mail (And When to Use It)

December 17, 2019
Latest Posts
Subscribe to Blog via Email
Did you know?
Loading...
Facts of the Day
Registration is disabled.