Here is a list of 10 human inventions that changed the face of mankind. 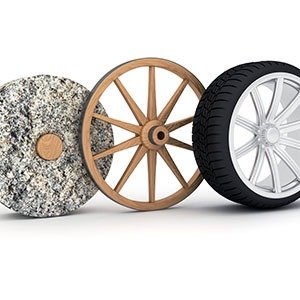 Before the invention of the wheel in 3500 B.C., humans were severely limited in how much stuff we could transport over land, and how far. Wheeled carts facilitated agriculture and commerce by enabling the transportation of goods to and from markets, as well as easing the burdens of people traveling great distances. Now, wheels are vital to our way of life, found in everything from clocks to vehicles to turbines. 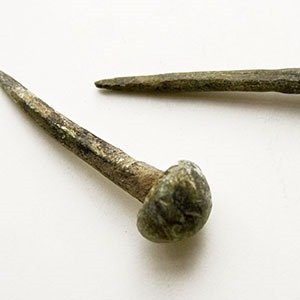 Without nails, civilization would surely crumble. This key invention dates back more than 2,000 years to the Ancient Roman period, and became possible only after humans developed the ability to cast and shape metal. Previously, wood structures had to be built by interlocking adjacent boards geometrically, a much more arduous construction process. Meanwhile, the screw a stronger but harder-to-insert fastener is thought to have been invented by the Greek scholar Archimedes in the third century B.C. 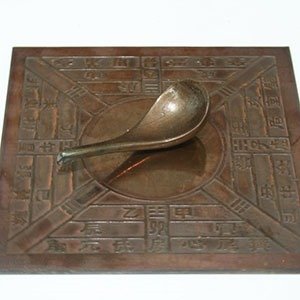 Ancient mariners navigated by the stars, but that method didn’t work during the day or on cloudy nights, and so it was unsafe to voyage far from land. The Chinese invented the first compass sometime between the 9th and 11th century; it was made of lodestone, a naturally-magnetized iron ore, the attractive properties of which they had been studying for centuries. Soon after, the technology passed to Europeans and Arabs through nautical contact. The compass enabled mariners to navigate safely far from land, increasing sea trade and contributing to the Age of Discovery. 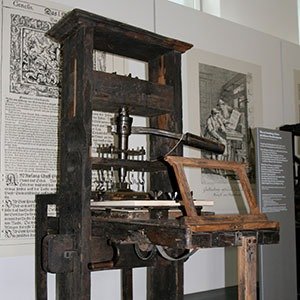 The German Johannes Gutenberg invented the printing press around 1440. Key to its development was the hand mold, a new molding technique that enabled the rapid creation of large quantities of metal movable type. Printing presses exponentially increased the speed with which book copies could be made, and thus they led to the rapid and widespread dissemination of knowledge for the first time in history. Twenty million volumes had been printed in Western Europe by 1500. Among other things, the printing press permitted wider access to the Bible, which in turn led to alternative interpretations, including that of Martin Luther, whose “95 Theses” a document printed by the hundred-thousand sparked the Protestant Reformation. 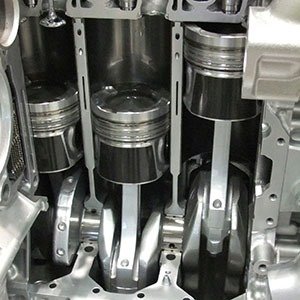 In these engines, the combustion of a fuel releases a high-temperature gas, which, as it expands, applies a force to a piston, moving it. Thus, combustion engines convert chemical energy into mechanical work. Decades of engineering by many scientists went into designing the internal combustion engine, which took its modern form in the latter half of the 19th century. The engine ushered in the Industrial Age, as well as enabling the invention of a huge variety of machines, including modern cars and aircraft. 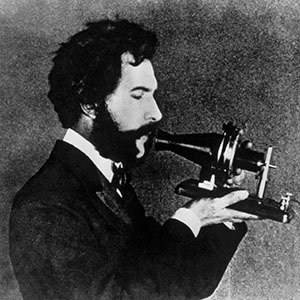 Though several inventors did pioneering work on electronic voice transmission (many of whom later filed intellectual property lawsuits when telephone use exploded), Alexander Graham Bell was the first to be awarded a patent for the electric telephone in 1876. The invention quickly took off, and revolutionized global business and communication. 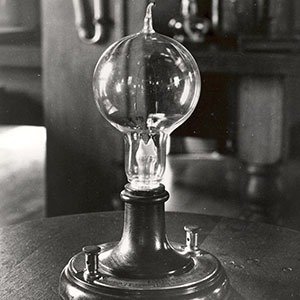 When all you have is natural light, productivity is limited to daylight hours. Light bulbs changed the world by allowing us to be active at night. According to historians, two dozen people were instrumental in inventing incandescent lamps throughout the 1800s; Thomas Edison is credited as the primary inventor because he created a completely functional lighting system, including a generator and wiring as well as a carbon-filament bulb like the one above, in 1879. As well as initiating the introduction of electricity in homes throughout the Western world, this invention also had a rather unexpected consequence of changing people’s sleep patterns. Instead of going to bed at nightfall and sleeping in segments throughout the night separated by periods of wakefulness, we now stay up except for the 7 to 8 hours allotted for sleep, and, ideally, we sleep all in one go. 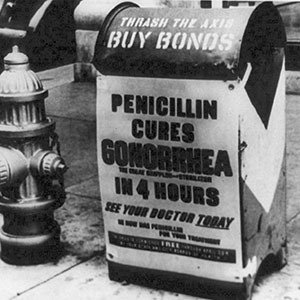 In 1928, the Scottish scientist Alexander Fleming noticed a bacteria-filled Petri dish in his laboratory with its lid accidentally ajar. The sample had become contaminated with a mold, and everywhere the mold was, the bacteria was dead. That antibiotic mold turned out to be the fungus Penicillium, and over the next two decades, chemists purified it and developed the drug Penicillin, which fights a huge number of bacterial infections in humans without harming the humans themselves. Penicillin was being mass produced and advertised by 1944. This poster attached to a curbside mailbox advised World War II servicemen to take the drug to rid themselves of venereal disease. 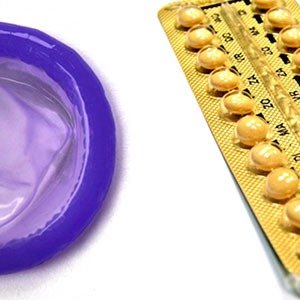 Not only have birth control pills, condoms and other forms of contraception sparked a sexual revolution in the developed world by allowing men and women to have sex for leisure rather than procreation, they have also drastically reduced the average number of offspring per woman in countries where they are used. With fewer mouths to feed, modern families have achieved higher standards of living and can provide better for each child. Meanwhile, on the global scale, contraceptives are helping the human population gradually level off; our number will probably stabilize by the end of the century. Certain contraceptives, such as condoms, also curb the spread of sexually transmitted diseases. 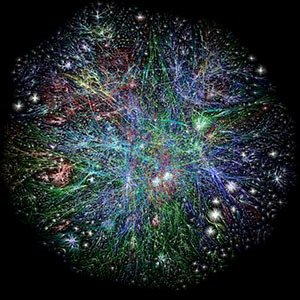 It really needs no introduction: The global system of interconnected computer networks known as the Internet is used by billions of people worldwide. Countless people helped develop it, but the person most often credited with its invention is the computer scientist Lawrence Roberts. In the 1960s, a team of computer scientists working for the U.S. Defense Department’s ARPA (Advanced Research Projects Agency) built a communications network to connect the computers in the agency, called ARPANET. It used a method of data transmission called “packet switching” which Roberts, a member of the team, developed based on prior work of other computer scientists. ARPANET was the predecessor of the Internet.