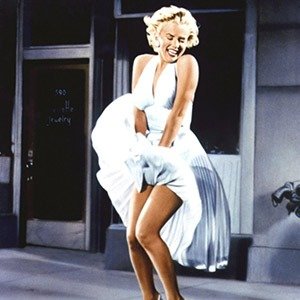 While the film itself may be long gone from movie theatres, and is not even viewed as a popular film in the modern era, Marilyn Monroe’s iconic scene in which her dress is seen billowing upwards thanks to a subway grate is considered one of the most iconic shots in American cinema. This dress, the very same worn in that scene that catapulted Monroe to stardom, was collected by American actress and singer Debbie Reynolds, as part of an assembly that took half a century of her life to put together. It was sold for the record-setting price in a 2011 auction by Hollywood-based firm Profiles in History, along with the close second place in this category, Audrey Hepburn’s iconic dress from “My Fair Lady”, which sold for $4,551,000 (before commission). 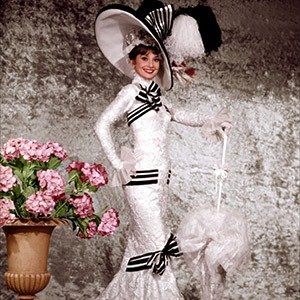 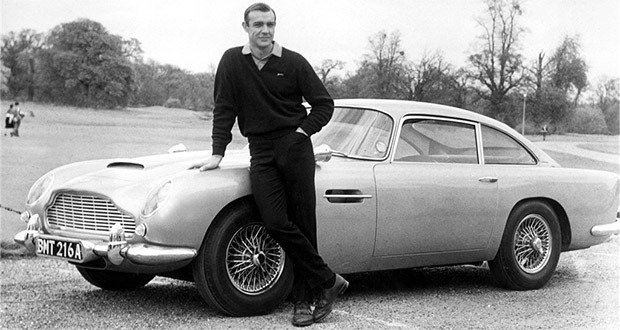 The most iconic car in the history of spy films, making a reappearance in 2012’s “Skyfall”, the DB5 is the quintessential Bond car. This particular model, chassis number DB5/1486/R, was the car primarily used for driving shots and was as a result referred to as the “Road Car” , making appearances as the preferred method of transport for Sean Connery in both “Goldfinger” and “Thunderball.” Sold in a 2010 auction by Sotheby’s, the vehicle made its way from London to the Ohio home of collector Harry Yeaggy. While this car was fitted with all the gadgets, including the dual machine guns, revolving license plates and ejector seat, it was not originally. The car that had all these modifications used during filming was another DB5, chassis number DP216/1, was called, quite sensibly, the “Effects Car”, and was stolen from an airport hangar in Boca Raton, Florida in 1997, and has not been seen since. The car had a $4,000,000 insurance policy, but, given the performance of its fellow “Goldfinger” veteran, would likely be worth substantially more today. 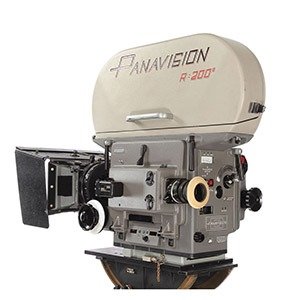 You’d think that the most expensive piece of memorabilia from one of the most successful and iconic movie franchises of all time would be a screen-used lightsaber or costume, but the holder of the title was never in front of the camera; it is the camera. Specifically, this is the Panavision PSR 35mm used by George Lucas for principal photography during the first Star Wars film in 1977. Included in the 2011 sale by Profiles in History were two 1000-foot. magazines, a Panaspeed motor, matte box, follow focus, a Moy geared head, and an Italian-made Elemack camera dolly and lens. The piece more than tripled its estimate and also holds the record for the most expensive movie camera in history. Unusually, Luke Skywalker’s lightsaber is just ranked the fourth most valuable at a relatively low $240,000, behind the screen-used TIE Fighter that crashed into Darth Vader in Episode IV ($402,400) and the only snowtrooper helmet sold ($276,000). 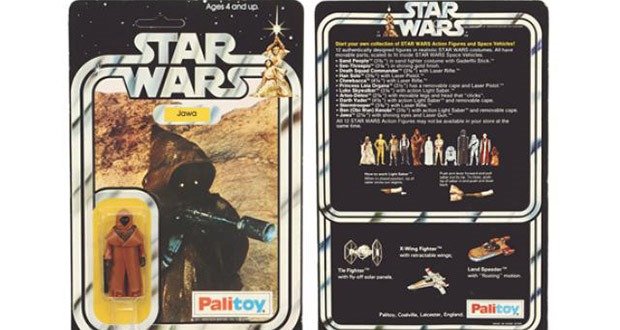 The most expensive Star Wars figure is the 1980 Jawa figure with a vinyl cape (as opposed to the common cloth variety) at $16,500. 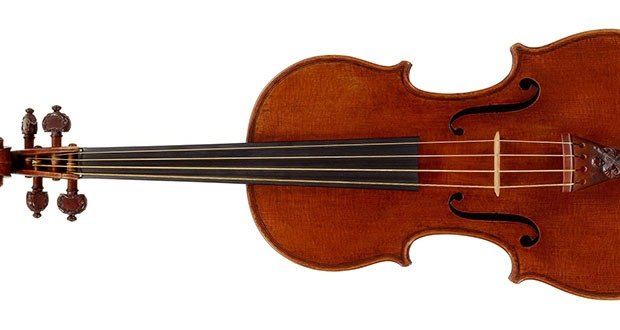 Earning its name from the 30 years spent in the possession of Lord Byron’s granddaughter, Lady Anne Blunt, this instrument more than quadrupled the record for a Stradivarius when it was auctioned in 2011, though the price is assumed to have been inflated as the sale benefitted the Northeastern Japan Earthquake and Tsunami Relief Fund following the devastating events of the months prior. Considered to be exceptionally well preserved, the Lady Blunt was poised to be knocked off its pedestal in 2014 by the sale of the “Macdonald”, a 1719 Stradivarius viola (one of just 10 violas left in existence by the master (Stradivarius created just 1100 instruments in his lifetime, of which nearly 650 survive. Of these, 512 are violins, making a Stradivarius viola more than 50 times rarer than a Stradivarius violin). Given the desire to obtain a full Stradivarius string quartet, which consists of a first and second violin, a cello, and a viola, the estimate for the piece was placed at $45,000,000 by Sotheby’s, but failed to sell in the sealed-bid auction. 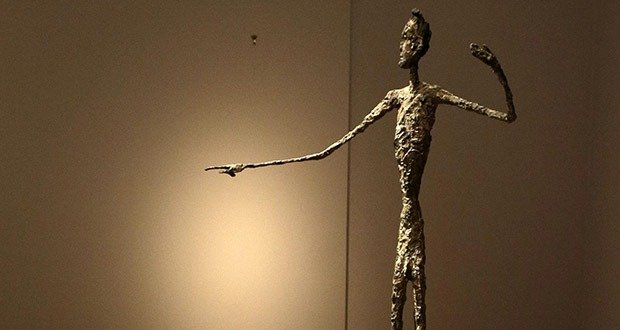 Considered one of the most important sculptors in history, with three of his works holding positions on the top ten most valuable pieces of art of all time, Giacometti is in a category all his own, called both a Surrealist and a Formalist, and this piece (translated to “Man pointing” or “Pointing Man”) is considered to be his most iconic and evocative sculpture. As a sculpture, six casts of this 1947 piece were made in addition to an artist’s proof, though the record-setting example here is believed to be the sole copy painted by hand to heighten its expressive impact. Two of the casts reside in the Museum of Modern Art in New York and London’s Tate Gallery, but this example, one of a handful in private hands, had resided in the same collection for nearly half a century prior to its sale.

26. Most Expensive Substance by Weight: Antimatter 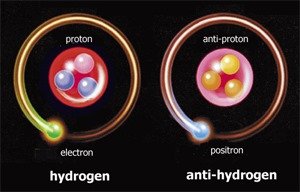 Matter consisting of antiparticles (which have the same mass of ordinary matter particles, but opposite charge, quantum spin, and a number of other characteristics) though still in its infancy, has been produced in infinitely small, yet detectable, amounts, as in CERN’s 2010 production of 38 antihydrogen atoms, for a period of approximately 1/10 of a second. The cost to do so, however, is exorbitant. 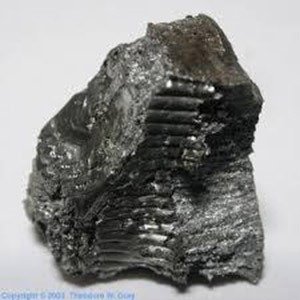 On a related note, the most valuable element is Californium, which does not occur naturally except in very small quantities, and can only be synthesized at a few locations, including the Oak Ridge National Laboratory (US) and the Research Institute of Atomic Reactors (Russia). Highly radioactive and unstable, some consider it a strong candidate for the development of nuclear fission. Its rarity leads to a cost of $27,000,000/gram (still less than .1% the cost of antimatter). 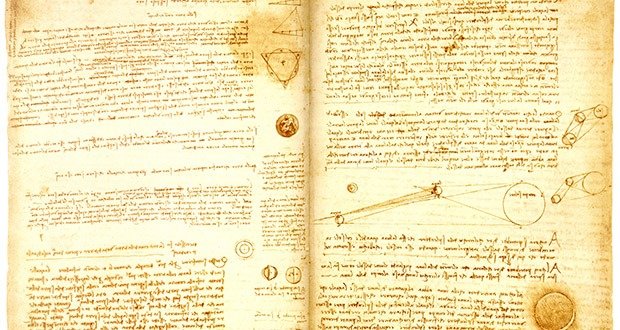 Codex Leicester was written around 1508, and is one of 30 or so similar books produced by Da Vinci across his lifetime. Within the Codex Leicester’s 72 loose pages are around 300 notes and detailed drawings rendered in chalk and brown ink, alongside Leonardo’s famed ‘mirror writing’. All of these sketches are based around a common theme: water and how it moved. Codex Leicester’s historical importance is further bolstered by the fact that Da Vinci is thought to have used its contents as research to paint the background of his masterwork, the Mona Lisa. Bought by billionaire Bill Gates in 1994, its pages were scanned into digital image files, some of which were later distributed as screen saver and wallpaper files on a CD-ROM as Microsoft Plus! for Windows 95. The Codex is put on public display once a year in a different city around the world, and is currently on view at the Minneapolis Institute of Arts for the exhibition “Leonardo Da Vinci, the Codex Leicester, and the Creative Mind” and will remain on display there until August 30, 2015. 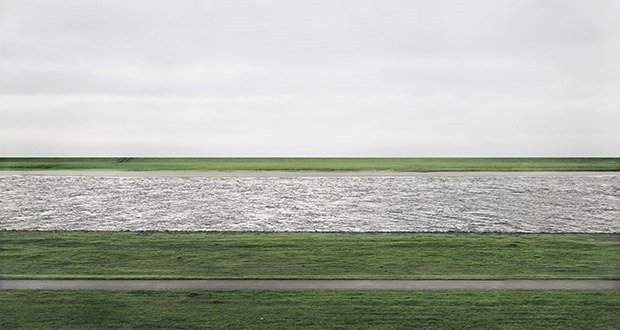 The work has been described by arts writer Florence Waters in The Daily Telegraph as a “vibrant, beautiful and memorable – I should say unforgettable – contemporary twist on […] the romantic landscape” and by journalist Maev Kennedy in The Guardian as “a sludgy image of the grey Rhine under grey skies”. Whatever you want to call it, this chromogenic print of a photograph taken by Gursky in 1999 of the River Rhine, more than twelve feet long, mounted onto acrylic grass and framed, represents the most expensive photograph ever sold. One of six produced by the artist, and one of just two in private hands, this image was somewhat controversial as the artist used digital editing to create it, removing a factory and several individuals. 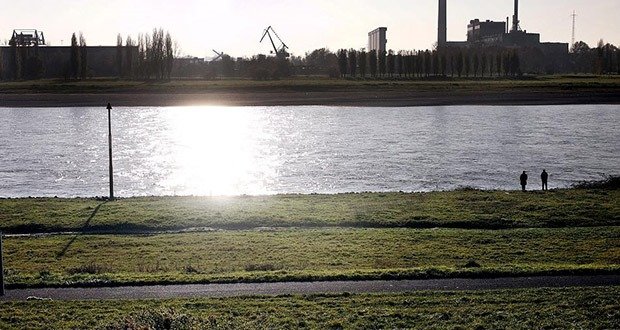 In 2014, photographer Peter Lik claimed to have sold a print of his photograph “Phantom” for a price of $6,500,000, but the sale has not been verified nor has the anonymous buyer come forward, and is not acknowledged by the collecting community. 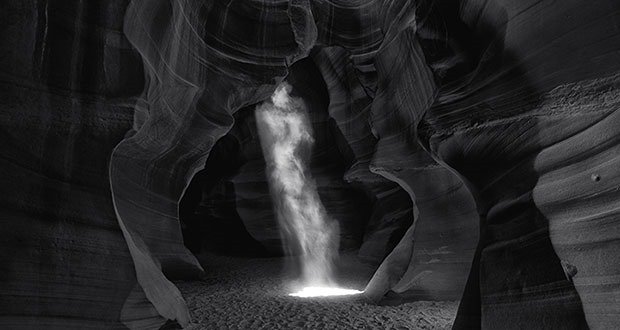 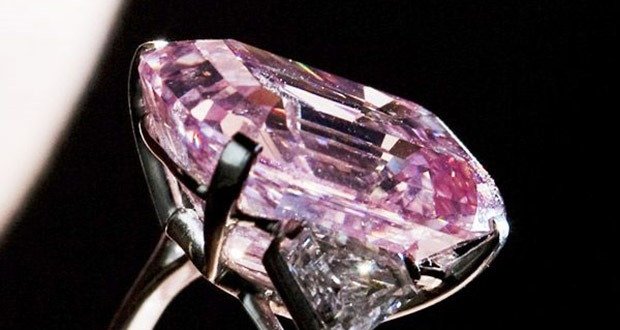 This is a tough one. Gemstones are sold privately far more often than they are publicly, and resources tend to be conflicting; the highest reported private sale I could find was $80,000,000 for the Wittelsbach Diamond, formerly of the Bavarian Crown Jewels, until it was apparently sold to the emir of Qatar (though this is unsubstantiated). The gem (that I could find information on) that has sold for the greatest amount is the Graff Pink, which is classified by the Gemological Institute of America as “fancy intense pink”—a high color rating for pink diamonds—and has been assessed as Diamond type IIa, placing it in the top two per cent of the world’s diamonds. The diamond is emerald cut with rounded corners, and is mounted on a platinum ring with two flanking shield-shaped diamonds. Though this stone is certainly the most expensive gemstone of which there is publicly available information (the Koh-i-noor, famously stolen from India, the largest diamond in the world, and now the centerpiece of the Crown of Queen Elizabeth, a part of the Crown Jewels of the United Kingdom, does not have a readily available appraisal, but it is very likely in excess of the Graff Pink), at least up to its auction date of November 2010, it is likely that a private, undisclosed sale has eclipsed this figure. 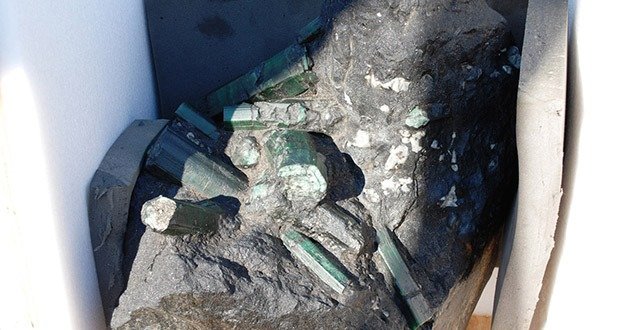 In terms of estimated value, the greatest formal evaluation is assigned to the Bahia Emerald, originally discovered in the beryl mines of western Bahia State, Brazil, on July 9, 2001, and currently estimated to be worth in the region of $400,000,000. After being smuggled to the United States, the Bahia Emerald was eventually moved to New Orleans. After Hurricane Katrina, the Bahia Emerald became submersed under 16 feet of water for two months, before it could be retrieved. The enormous block of emeralds was then stolen by a gem dealer in Las Vegas. After a lead, it was taken into custody by the Los Angeles Sheriff’s Department in a large operation. According to some reports, the Bahia Emerald was involved in a $197 million banking transaction with Bernard Madoff before he was arrested. After a series of legal actions designed to get the emerald back, Judge John A. Kronstadt announced that he would hear the case, though no official ruling has been made yet; currently, there are eight individual parties with claims to the stone 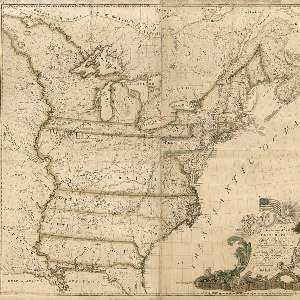 This map holds significance in being the first map of the United States drawn and printed from within the United States, containing the first image of an American flag in a map, and being one of just seven surviving examples. Despite its importance, it was relatively unknown until the past decade. The map itself is notable for the fact that it contains absolutely no new cartographic information, instead using only existing sources, apart from Buell’s exclusion of the word “New” from a number of place names; “New Orleans” became “Orleans” and “New Hampshire” became “Hampshire.” Buell himself led an interesting life beyond the creation of his map, including a conviction for counterfeiting, resulting in the clipping of his ears and the branding of his forehead with the letter “C” which lasted the remainder of his life. 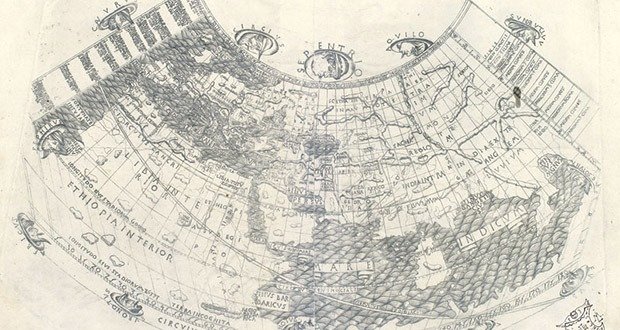 The most expensive atlas is a 1477 edition of Ptolemy’s “Cosmographia”, the most comprehensive text on geographical knowledge assembled in the Roman Empire, which had a vast influence on both the Arabic and Italian Renaissance intellectual movements; it brought $3,991,970 in 2006 Sotheby’s auction.

Is the Neutron Star so dense because there is no space between the elements in its atom?