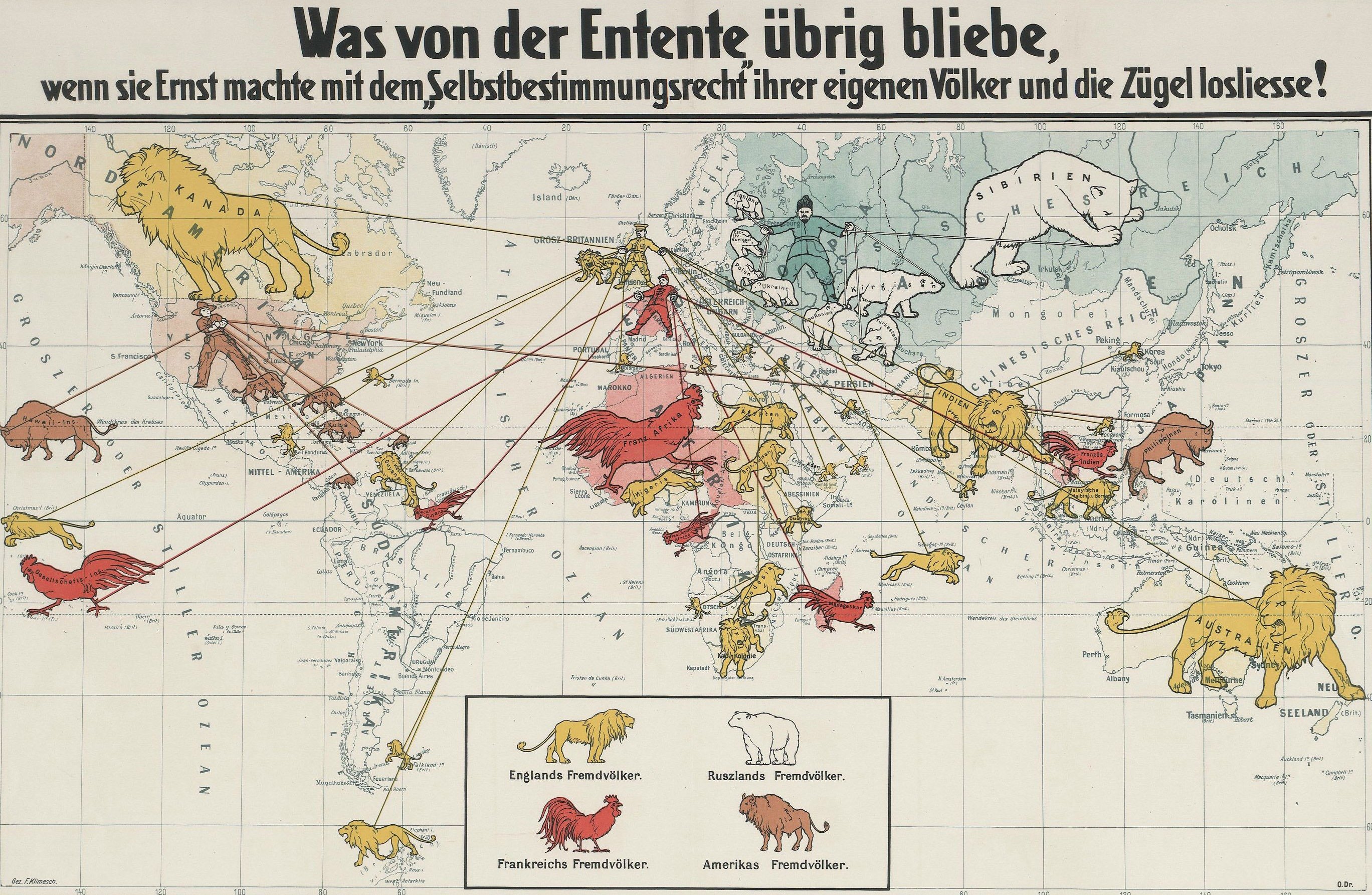 German propaganda map of the Allies’ colonial empires, circa 1916. (Click to zoom) Translation: What would be left of the Entente if they would be serious about the right of self-determination and loosen the reins.

To add some additional context, the mention of “Selbstbestimmungsrecht” (right to self-determination) in regards to the Entente agreement is about the breakup of the Habsburg Empire on specious and, as depicted, a hypocritical argument to grant the various people the right to self-determination. They were appealing to human notions of justice and liberty by pointing out that no nations subjugated others like Britain France and Russia.

Sometimes there is a low-hanging fruit of hypocrisy that propagandists can easily point to, such as the USSR point out the oppression of African Americans in the 1960s in USA. It’s weird because they’re not wrong but at the same time, they’re using it to advance their own nefarious causes.