1. Hawaii once attempted to combat homelessness by providing one-way tickets back to the mainland for any homeless person who wanted one. – Source

2. Hawaii is one of the 4 states in the US that have banned billboards. – Source

3. When King Kamehameha of Hawaii died in 1819, his body was taken and buried in secret in accordance with Hawaiian tradition to preserve his mana. To this day, his body has not been found and people only speculate on its location. – Source

4. The Kingdom of Hawaii declared itself neutral during the American Civil War. Despite that decree, many native Hawaiians enlisted anyway. – Source

5. Vanessa Bayer of SNL was sent to Hawaii on a “Make-a-Wish” trip as a teen because she had leukemia. She beat cancer, graduated from the Ivy League, and now does charity work with the organization. – Source 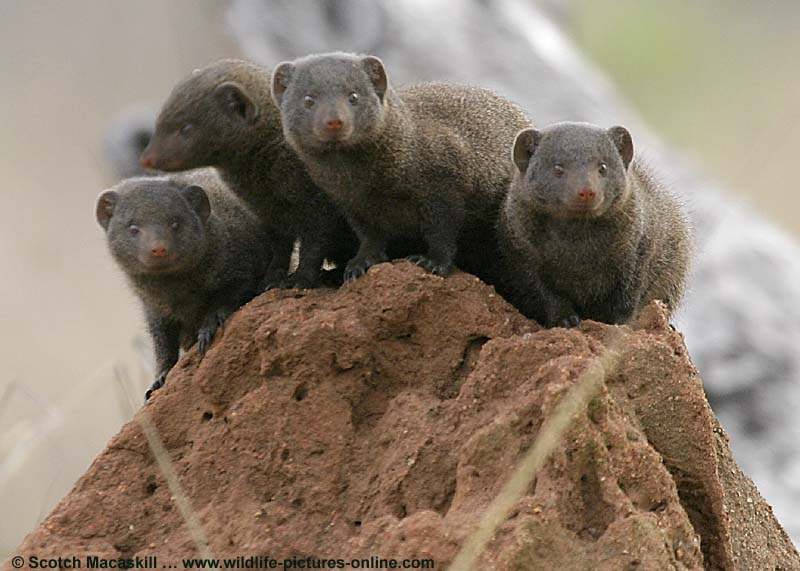 6. Mongooses were introduced to Hawaii to control the invasive rat population. However, rats are nocturnal and mongooses are diurnal. Hawaii now has a problem with both. – Source

7. When musician Israel Kamakawiwo’ole passed in 1997, he was the first and the only citizen to receive the honor of having the Hawaii state flag flown at half-staff. His coffin was allowed to “lay in state” in the capitol building. Since then, in 2003 a bronze bust of Brother Iz was erected on O’ahu. – Source

8. Diana Kim, a photographer from Hawaii, who, after 10 years of documenting the homeless, found her own father among them. – Source

9. A young boy once pocketed a few giant African Land Snails while on vacation in Hawaii. When he returned home to Florida and got bored of it, his grandmother released them in the backyard, starting an invasion of foot long snails in Florida. – Source

10. The first King to travel around the world was King Kalākaua of Hawaii. – Source

11. During the Makahiki festival in Hawaii, the chief would go off shore in a canoe. When he came back warriors threw spears at him and he had to deflect them to prove his worthiness to rule. – Source

12. During WWII the Federal Reserve printed special money for Hawaii to make it easy to render the bills useless if the Japanese overtook Hawaii. – Source

13. Hawaii and Arizona are the only two US states that don’t observe Daylight Savings Time. – Source

14. Hawaii’s largest-ever earthquake occurred in 1868, and the aftershocks are still being observed. – Source

15. Hawaii has only one native land mammal and it’s a bat. The rest are invasive. – Source 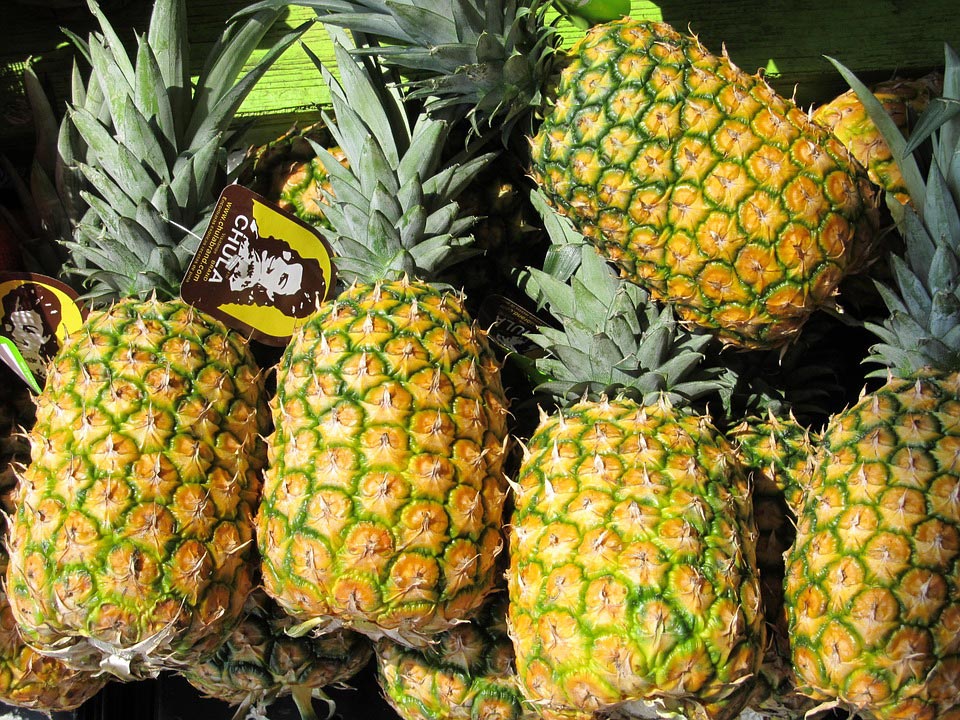 16. Before the Columbian Exchange, there were no pineapples in Hawaii. – Source

18. Guardians of the Galaxy’s Chris Pratt was discovered waiting tables at a Bubba Gump Shrimp restaurant in Hawaii by Tommy Chong’s daughter. She offered him a role in her movie, on the spot. – Source

19. In 1969 Taylor Camp, a hippie colony was established in Hawaii taking in anyone who wanted to escape the craziness of the period and reaching about to 120 resident. Residents lived in make-shift homes and clothing was optional. – Source

20. There was an experiment done in an aquarium in Hawaii in which the mother dolphin and her two-year-old calf in another tank, connected by a special underwater audio link, recognized each other and “talked”. – Source 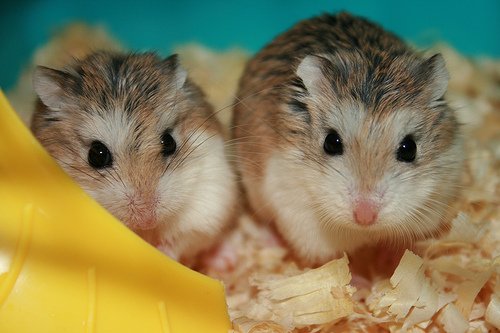 21. It’s illegal to own hamsters as pets in Hawaii. – Source

22. Even though Hawaii was never under British rule it incorporated the union jack into its flag as a symbol of friendship. – Source

23. During WWII they developed an ultra long range fighter to escort bomber raids in the Pacific…by joining two heavily modified P-51 Mustangs with one single wing. It still holds the record for longest flight of a piston powered fighter, after flying more than 5000 miles from Hawaii to New York. – Source

24. The Parrotfish eats dead coral and then poops sand. This sand poop is also responsible for nearly all the white sand beaches in Hawaii. – Source

25. After Hawaiian King Kamehameha was hit in the head with a paddle by a frightened fisherman during a battle, he not only spared the man’s life but decreed a “Law of the Splintered Oar” protecting civilians in a war that’s still part of Hawaii law in the State constitution. – Source 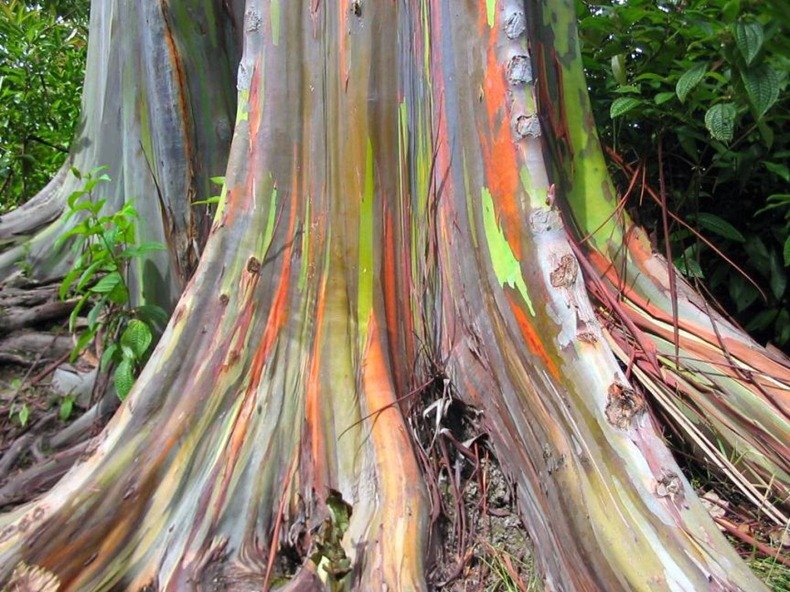 26. There are trees in Hawaii with natural rainbow-colored bark. – Source

27. Arnold Schwarzenegger saved a drowning man’s life in 2004 while on vacation in Hawaii. – Source

28. Hawaii has required employers to pay health insurance benefits to employees who work 20 hours or more per week since 1975. – Source

29. Honolulu in Hawaii is ranked 4th among US cities for the most skyscrapers behind only to New York City, Chicago and Miami. – Source

30. In 1893 without Presidential approval, marines stormed Hawaii, raising the stars and stripes in Honolulu. President Grover Cleveland thought Americans had acted shamefully and tried to withdraw the annexation treaty from the Senate and ordered an investigation into potential wrongdoings. – Source

31. The 1990’s Pogs craze was single-handedly started by a 5th-grade teacher in Hawaii. She showed the game she used to play as a little girl to her class in 1991. Pogs originated from Hawaii as early as 1927. – Source

33. There were 5 kings of Hawaii called Kamehameha. – Source

34. Hawaii is the most geographically isolated land mass in the world. Over 90% of the native terrestrial plants and animals are unique to the islands. This level of endemism surpasses all other places on Earth – even the Galapagos Islands. – Source

35. The official business and office attire in Hawaii is the aloha shirt instead of a suit and tie. – Source