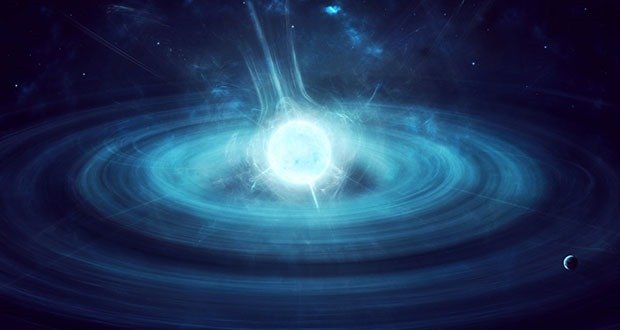 Pulsars are rapidly spinning Neutron stars. A Neutron star is a remnant of a large dead star, brightly glowing after the star has died. They are incredibly dense. We’re talking Mount Everest’s weight in a tea spoon sized portion of the star. They are also tremendously magnetic. The powerful magnetic field generates high energy radiation which spews out from the Star’s magnetic poles as massive jets of gamma radiation.

A pulsar, as mentioned spins really really fast. The rays of gamma radiation that we can measure from them seem to turn on and off as the direction of the ray points to us and away from us, making it look like it is pulsing in the night sky (hence pulsar). 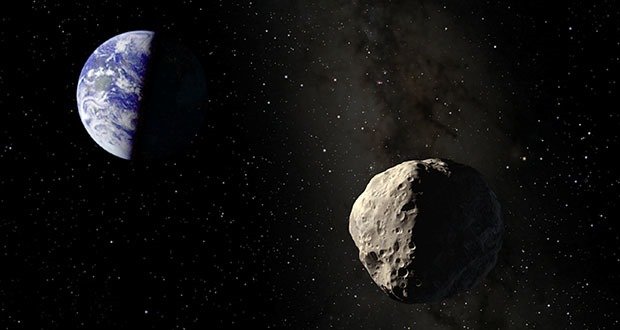 Named after the Egyptian anti-creator god and supposedly the bad guy from Stargate SG-1 (to whom its discoverers were fans), 99942 Apophis is an asteroid that passes by Earth around every 7 years. It is also big enough to cause some serious damage.

Back in 2004 it churned up a fuss because the chances of an actual collision were over 2% (which in terms of the size of the solar system, is a massive percentage). Scientists were worried the asteroid would pass through something called a “Gravitational Keyhole”, a well around 800 metres wide that would shift the Asteroid towards us on its next pass.

Obviously we’re still here. If it does hit us though, estimates have it producing an explosion 15 times the power of the most powerful nuke ever detonated (Tsar Bomba) surpassing the nuclear arsenal of the entire planet combined. 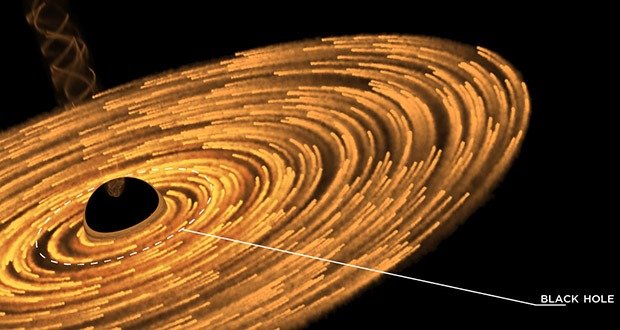 A Black Hole is an unimaginably dense point in space with a gravitational field strong enough to prevent the escape of electromagnetic radiation or matter of any kind. Think of it like a black ball. The ball is millions and millions of times denser than the Neutron stars mentioned above. The gravity that the dense matter creates bends space-time to a single point (the centre of mass for the ball). The gravity created by the immense mass bends the fabric of space-time stronger than anything else there is in the universe. The humungous gravity causes gravitational lensing and bends light. The gravity is so high here, that light simply cannot escape due to this intense bending. This makes the hole black. This is also what makes the hole so mysterious. We cannot measure anything about it because it exudes basically nothing. The only thing we can tell about a black holes is the effects it has on things outside of the ‘Event Horizon’ it creates.

The above image presents the ‘Event Horizon’. The border between what is black and what is not black is this horizon. Anything that goes beyond it will never come out, that is the basic premise. This does not show the actual size of the black hole however, merely the gravitational range for the zone of no-turning-back. The actual physical body of mass which causes this gravitational field is somewhere within. The size and physical appearance of the actual mass for the Black Hole is speculative. Most believe that the black hole is so dense it is basically a single one dimensional point in the fabric of reality. 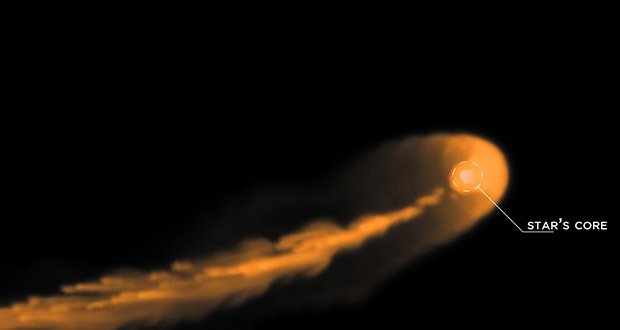 If a dense star circles around a Black Hole, the star could get caught in a deadly orbit where its outer shell will be ripped from the core and converted into a brightly spinning disk. You can see that a feeding black hole is easy to spot. The star debris which is still fusing together matter lights up a disk around it and we can tell some characteristics of the Hole based on how it interacts with other things (such as how strong it is). As the debris settles out into a disk, the black hole gobbles up everything it can, and anything it cannot is spewed out into space in long spiraling jets. 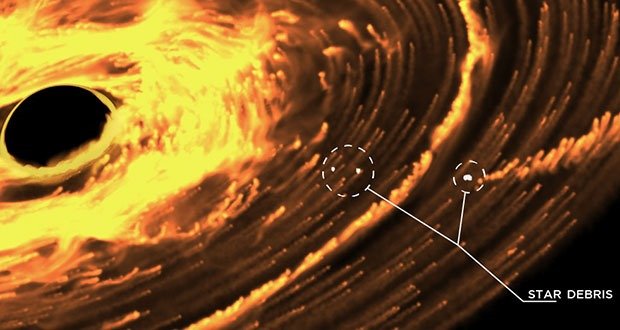 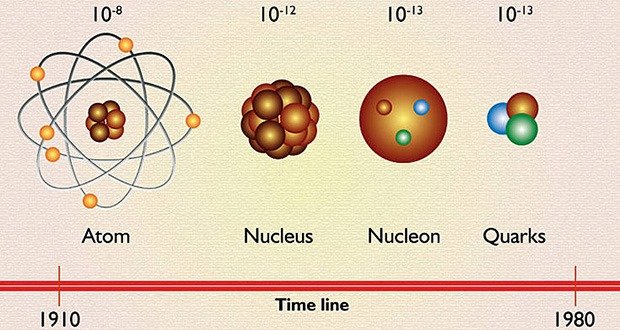 A Quark is a basic building block of matter. As far as we are aware right now, there are 6 “flavors” (yes that is the technical term) used to distinguish what energy levels they represent:

Quarks account for Mesons and Baryons and can be used to successfully describe, essentially, sub-subatomic particles. The names of the Quarks are fairly bizarre, as you can see. Things get even weirder when you go into detail about each one. Each Quark has three different “colors” for instance (red, green and blue) which have nothing to do with the actual physical color of the particle at all. Each one also has a corresponding “sign” to distinguish it being or not being an “anti-quark.” The reason for this nuts way of describing the different particles is that, for one, discoverers can name things whatever they want. Two, we have to call them something. The word ‘Quark’ is supposedly named for the word ‘Quack.’

In simplistic terms, you can think of Quarks like parts of a recipe. If you take one Quark of one “color” and sign and put it with other Quarks of other “colors” and signs you can start to make things like Protons and Neutrons. These then go together to build atoms. In antimatter, the signs of the quarks are reversed. 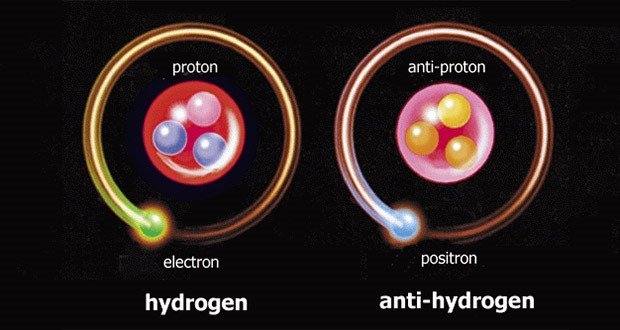 Antimatter is exactly how it sounds. It is matter with the same basic building blocks but the components of it have an opposite charge.

An atom is built from a nucleus that is normally comprised of a positively charged proton a neutrally charged neutron and is orbited by a negatively charged electron. The left part of the image shows this. An antimatter particle, as seen on the right, has all these parts but the charges are opposite. The positron plays the same role as the electron but it simply has a positive charge and the anti-proton has a negative charge.

When matter and antimatter collide they annihilate one another (annihilate is actually the technical term). When matter and antimatter meet, their mass actually gets converted 100% efficiently into energy (in the form of high energy photons). Apparently as long as energy is conserved, the collision can form a different particle/antiparticle pair instead of just photons. However, when trapped in magnetic fields in a lab, antimatter has shown to have basically the same fundamental traits as normal matter.

One of the biggest questions there is stems from anti-matter. According to the Big Bang theory, matter and anti-matter were created in equal uniform parts. As is already mentioned, when they meet they destroy one another. So why is there an overabundance of normal matter in the universe? Where is all the anti-matter? Clearly there was a preference for normal matter somewhere in the evolution of the universe at some point.