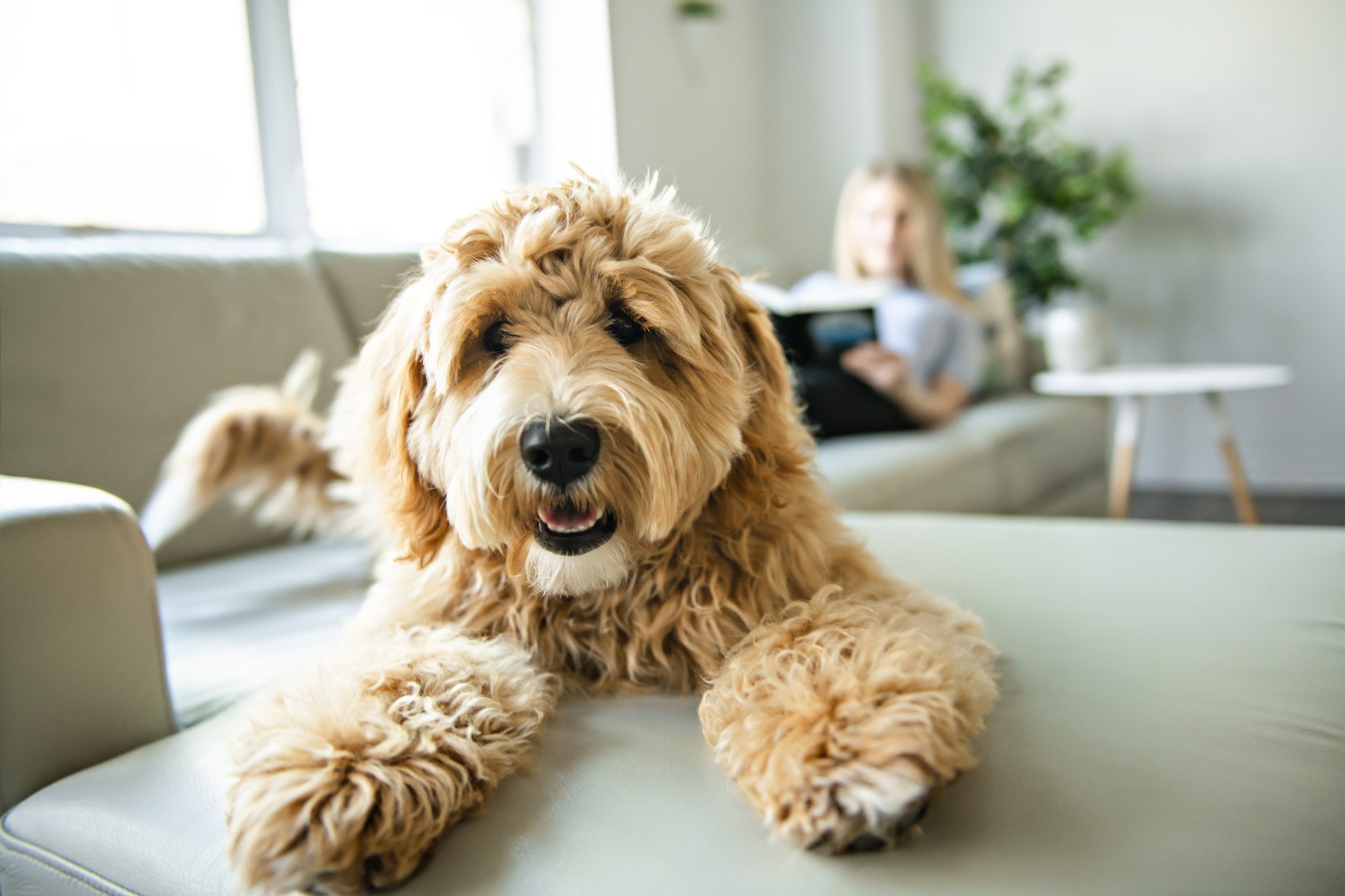 They’re able to do it because of all the scent receptors that they have in their noses. The average human only has about 5 million scent receptors, but it’s not uncommon for dogs to have more than 100 million of them.

This is why dogs are often used to sniff out things like dead bodies, drugs, explosives, and so much more. Their noses are simply better equipped to detect smells than ours.

When you take the time to learn all about dogs, you’ll find that they are truly fascinating creatures. It’ll make you love and appreciate them even more than you already do.

Check out ten interesting facts that you might not know about dogs to see what makes them so special.

The pattern on your dog’s nose is unique to your dog. There is no dog out there with the same pattern as the one your dog has.

In this way, your dog’s nose is a lot like your fingerprint. There are even some organizations that have started to identify dogs by using their noseprints.

This illustrates how important your dog’s nose is. Outside of the fact that dogs use their nose to smell, it’s also one of the many things that set your dog apart from all the others.

Have you ever wondered why your dog seems so thrilled to be rifling through a pile of trash and eating as much of it as they can?

It’s because dogs have a lot fewer taste buds than people do. Humans have somewhere in the neighborhood of about 9,000 taste buds, while dogs only have about 1,700 taste buds.

As a result of this, dogs will often attack a piece of steak in the same way that they will the aforementioned pile of trash. They don’t seem to discriminate much when it comes to what they eat and how they eat it.

When your dog is sleeping, you might notice them twitching or moving around in their sleep. Some dogs will even growl, whimper, and make other sounds while they’re sleeping.

Researchers believe that dogs do this because they’re dreaming. Small dogs, in particular, appear to dream more than their larger counterparts.

It’s obviously impossible to figure out what dogs might be dreaming about. But the thought is that they’re likely dreaming about the everyday activities that they take part in while they’re asleep.

4. Dogs Are as Intelligent as 2-Year-Old Children

Dogs are smart. They have the intelligence of 2-year-old children in most cases.

This intelligence allows dogs to understand about 150 words. It also helps them work their way out of certain situations and even trick their owners.

Additionally, there are some dogs that are smarter than others. Some of the smartest dog breeds are:

If you have one of these dogs, take advantage of how smart they are by teaching them as much as you can.

5. Dogs Are Trying to Tell You Something by Wagging Their Tails

When you get home from work or school at the end of the day and your dog sees you, they’ll come running up to you with their tail wagging. It’s pretty obvious to see what they’re trying to say in that situation.

They’ll also wag their tail low to the ground when they’re feeling insecure and high up in the air when they’re feeling aggressive. It’s a good idea to look to your dog’s tail when you’re trying to sense their mood. It will “talk” to you and send a message that your dog wants you to hear.

6. Dogs Sweat Through Their Paws

Those who know all about dogs know that dogs will pant when they’re hot in an effort to cool themselves down. Panting is the best way that dogs know how to get some much-needed relief from the heat.

But what people don’t always realize is that dogs are capable of sweating. They have sweat glands in their paws that allow them to sweat when they’re feeling overheated.

If you ever notice that your dog’s paws smell like corn chips, this could be caused by a mixture of sweat and bacteria accumulating in their paws. Veterinarians call this “Frito feet.”

7. Dogs with Bad Breath Could Have Health Issues

When your dog comes up to you and gives you a big old kiss, you’ll usually get a whiff of their dog breath. Some people think dog breath is endearing, while others think it’s disgusting.

No matter which side of the fence you fall on, dog breath could be a bad sign for your dog. It can indicate the presence of dental disease, and in some instances, it can also indicate that your dog has a more serious health issue.

You should make every effort to brush your dog’s teeth on a regular basis to keep their teeth as clean as they can be. You should also invest in products that will promote good health in your dog.

These mobility chews for dogs, for example, are a must-have for dog owners. They can work to keep your dog healthier and more active.

8. Dogs Put More Effort Than You Think Into Pooping

It can be pretty entertaining watching a dog try to find the right spot to poop. Dogs will twirl their bodies around and rush to find the perfect spot before they begin pooping.

You might think that a dog is doing this for your amusement. But in actuality, researchers think there is some purpose behind it.

They have discovered that it appears as though dogs like to poop while they’re facing either north or south, which explains all the twirling and spinning. It’s an interesting theory that further shows how intelligent your dog might be.

Have you ever come home after spending time with a dog other than your own and noticed that your dog seems to be giving you the cold shoulder? You aren’t just imagining things!

Studies have suggested that dogs do appear to get jealous at times, especially when they sense that their owners have been around other dogs. They will sometimes express this jealousy in different ways.

Since dogs are essentially a lot like toddlers, they won’t do anything too crazy when they feel jealous. But they’ll do just enough to show you that they’re jealous of you spending time with other dogs.

But get this: As it turns out, dogs are not color-blind after all. They can see in more than just black and white, contrary to what you’ve been told about them.

It’s worth noting that dogs do have trouble seeing certain colors. Certain shades of red and green, for instance, can throw them off. They’ll see these colors as being gray or brown.

But outside of those colors, dogs can see in color just fine. Blue and yellow don’t present any problems at all and don’t look like black and white to them.

This means that you can officially stop trying to tell people that dogs are color-blind. It’s one of the fun facts about dogs that isn’t a fact at all.

Learn All About Dogs So That You Understand Your Dog Better

Humans and dogs have been roaming the earth side-by-side for thousands of years now. In fact, there is some evidence to suggest that humans may have domesticated dogs as far back as 40,000 years ago.

But despite this, people still don’t know all about dogs yet. We’re always learning new things about them and discovering new ways in which they amaze us.

If you own a dog, try to find out as much information as you can about their specific breed. You might be able to change the way you interact with your dog by discovering more about what makes them tick.

Are you interested in learning other fun facts about dogs? Browse through our blog and find the different articles that we’ve written about dogs and everything that comes along with them.

October 17, 2019
Latest Posts
Subscribe to Blog via Email
Did you know?
Loading...
Facts of the Day
Registration is disabled.