Long time ago, we asked our regular contributors through e-mail, What perfectly true story of yours sounds like an outrageous lie? We got many interesting responses. Here are some of them. We have just copied and pasted their responses, not editing them in any way and most of the respondents have requested to stay anonymous, so no names will be published. 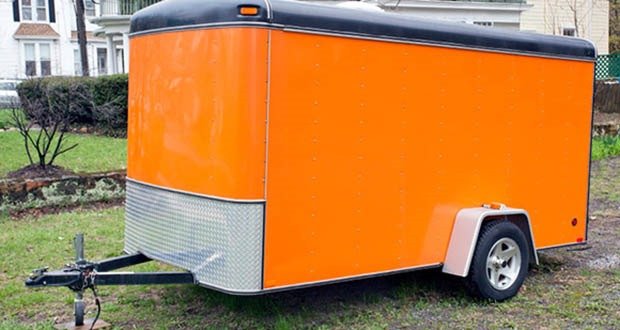 01. We are moving interstate with all our belongings in a little trailer. We pulled over the side of the road so my husband could pee. We were too close to the side of the road, and the trailer slid down a small ditch. The ditch was not big enough to wreck the car but too steep for our little car to pull out. Next thing you know, a white mini bus pulls up, and out jumps a half dozen guys who were a weightlifting team from I think Argentina (it was 25 years ago, not sure now). They LIFTED our trailer up on to the road, climbed back in their van, and drove off.

02. Just up the street from my apartment in San Francisco, there was one of those fast food restaurants that were either a KFC or a Taco Bell, depending on the angle from which it was viewed. The establishment was a frequent stopping point for students coming from the nearby college and those students were a frequent target for a remarkably bright crow.

Now, on most days, the bird in question would just hang around the restaurant (as well as other ones nearby) and scavenge for scraps. Every once in a while, though, I saw this happen twice, and had it happen to me once, it would enact a much more complex scheme than simply going through the gutter: The crow had apparently discovered that money could be exchanged for food, so it would wait until it saw a likely mark, squawk at them to get their attention, then pick up and drop a coin. Anyone who responded would witness the bird hopping a few feet away, then follow its “victim” toward the source of its next snack.
When the crow approached me, it dropped a nickel on the ground. I stooped, picked up the coin, and then jumped slightly when the bird made a noise that sounded not unlike “Taco!”

Needless to say, I bought that crow a taco. The final out-of-pocket cost for me, minus the nickel, was something like $1.15. Even so, I figured a bird that smart deserved a reward simply for existing. Of course, that was probably exactly what I was supposed to think. In short, a crow paid me five cents to buy it a taco.

03. Taylor Swift pushed me out of a swing when I was in third grade. I used to go over to my neighbor’s house to play just about every afternoon. He had an older sister and she just happened to be friends with the then unpopular Taylor Swift. I went over one day doing typical first grader things on the swing set with my neighbor when they came out. Taylor demanded that we get out and let her swing. Rebel me said “No” and she said, “Fine then, I’ll push you”. The next thing I know I had a skinned up knee and a mouthful of dirt.

I ended up going to the same middle school and high school as her and always heard about how great she is. To me, she’ll always be that bi*ch that pushed me out of a swing.

04. My grandfather brought a sword to the office and tried to behead my dad for a poor quarterly performance. Fortunately, he did not succeed. Family businesses are tough. My grandfather has Alzheimer’s/dementia and before that incident, our family didn’t know he was unraveling.

05. My mom was pissing me off and being nasty and childish to my step dad. I was in the field with my horse later and she came in and I whispered to my horse, “give her hell”. He promptly went up to her and bit her and did it again. He kept being super menacing to her, following her around with his ears flat against his head, etc., even though usually he was the most laid-back animal ever. Eventually, I went over to him, patted him and said, “leave it” and he stopped.

A year or so later he kicked the ever-living sh*t out of a pony who slammed into me in the field and knocked me over. I was fine, just covered in mud, but once again he didn’t stop menacing this pony until I went up to him and said, “that’s enough now, stop.” 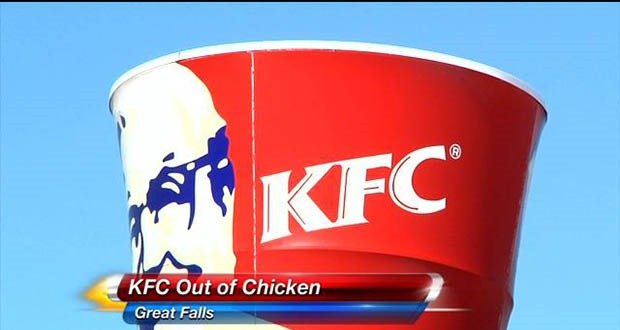 06. Many years ago I went to the KFC in Coatesville and was told they were out of chicken. I thought this had to be some sort of situation where, like, they ran out of prepared chicken and there would be a wait while they fried more. No. They were 100% out of chicken, in all forms and descriptions: No wings, no thighs, no drumsticks, no tenders, no nothing. I told the dude at the counter he may as well just lock the doors and go home, at that rate.

In the store’s defense, it was in Coatesville (actually, I think Thorndale but it’s basically the same thing) which is one of the sh*ttiest towns in America. I could totally believe that their resupply truck either got jacked or fell into a 10-foot deep pothole or something.

07. I played 11 Degrees of Random Internet Separation and wound up at myself.
I was working on my Geocities website in 1998 on campus at UT-Austin. I was looking for design ideas (to poach HTML code) from a friend’s website, but he didn’t have anything I didn’t. So I went to his list of 20+ friends, picked a random one, and looked at that guy’s page for design ideas. Then I thought, “I wonder where in the world I’d end up if I did ‘friend of a friend’ ten times like that. New York? China? ISS? So I did. Went to that guy’s friends list, picked a random one, went to that person’s friends list, and so on.

The tenth person was an employee of UT, so I didn’t even make it off campus, let alone to another country. But he had a webcam in his office, one of those that refreshed an image every 30 seconds. The lights were off, there were open mini blinds, but I couldn’t really see much beyond them. Then I noticed that he listed his office number: FAC 222. Flawn Academic Center, second floor, room 222. I realized that I was doing all of this from a computer on the second floor of Flawn Academic Center. I looked up to see that the computer I was on was at the end of an aisle directly across from room 222. I went to the window. Open mini-blinds, lights off, webcam on top of his monitor. I go back to my computer to see my own face in the webcam image peeking in his window.

08. I almost choked to death trying to warm up a frog I had picked up. It was early spring and I found a small frog moving slowly along my parent’s pond. I picked it up and cupped it in my hands and held it up in my hands to breathe warm air on it and it jumped into my mouth. It lodged in my throat and I could feel it struggling.

09. I came home late one night to find David Bowie laying on my bed watching Mary Tyler Moore on my small black and white TV. (owned an after-hours club in NYC, and my boyfriend met him and brought him home to hang out).

10. My dad was working for a company that works in mining in Africa. He went out to inspect how the Sierra Leone operation was running. While over there he bought a diamond of off a local chief who worked with the company. He bought it for much lower than its actual worth, so he decided not to declare at customs and try and smuggle it through. People at the company told him what to do: pay off one guard and give him the diamond. He would then meet another guard with the diamond beyond all the checks. The second guard never showed so practically the guys helping him get it through customs ran off with the diamond.