Longtime ago, we asked our regular contributors through e-mail, What was a loophole that you found and exploited a lot? We got many interesting responses. Here are some of them. We have just copied and pasted their responses, not editing them in any way and most of the respondents have requested to stay anonymous, so no names will be published. 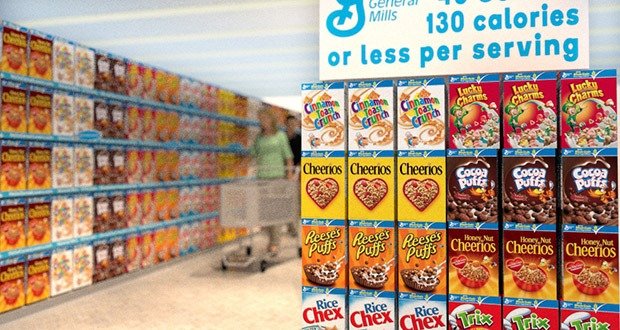 01. Back in college we found a loophole with coupons at Kroger for General Mills cereal. If you bought 4 boxes of cereal each box was a dollar. But if you did the self-checkout you would be printed out a coupon for $4 off your next purchase. We used the loophole to buy about 300 boxes of cereal. We only spent $12 on all of it. We would’ve spent less but we had to go to another Kroger once the manager got wind of us. We kept around 20 boxes for ourselves and donated the rest to the local food bank. They were so excited when we showed up with three vehicles full of cereal. Totally worth the $12 and all the time it took.

02. I worked in a call center during college. Our main performance measure was the number of donations solicited PER CONTACT. If the person didn’t answer or hung up immediately, it didn’t count against you.

I discovered a bug where, if I blew into the microphone just as the phone started to ring, it would register in the computer system as a no-answer and dial the next number. I rode this out for several months before I got tired of blowing my microphone for 8 hours a day and quit.

03. I bought a shi*tty sega genesis game. I think it was some flight sim which was the crappiest game I ever played. So I took it back to K-mart and got told “No refunds for opened games. Replacement for the same one if broken.” Annoyed that I couldn’t get my money back I said it was broken and went for the replacement. They handed me a new copy of the game and my original receipt.

Left and came back an hour later, “I want a refund for this game, here is my receipt and unopened game.” Got my money back, went and bought a different shi*tty genesis game.

04. In elementary school we had the Accelerated Reading (AR) program. You would read a book, take a test on the computer, and be awarded points based on how well you did. At the end of the year you could buy things at the book store with the points you accumulated.

I had just finished reading Harry Potter and the Prisoner of Azkaban and got a perfect score on the test. The computer was only supposed to allow you to take the test once but I figured out you could take that specific Harry Potter book unlimited times. I racked up so many points and was never found out.

The downside of this loophole was 3 long hours of talking with MS product evangelists who were very disheartened and desperate to make a sale.

06. Last summer, I went up to Northern Michigan with a buddy of mine. He’s got a nice summer cabin in a small town called Oscoda. It’s a nice little place, with beautiful lake beaches and other fun outdoorsy stuff if that’s your thing, but there’s not an awful lot to do up there otherwise. We walked from his cabin into the town, and walked into a closing K-Mart. I walked over to the electronics aisle, hoping to find some bargains on video games. Unfortunately, they only had one shi*ty game: Putty Squad for PS4, and they had an awful lot of copies. I checked the price. They were on clearance for $14, but were marked at an additional 90% off, bringing the price down to a measly $1.40 each. I did the sensible thing that anyone else would’ve done and bought 20 copies, even though I had no interest in ever playing any of them nor did I own a PS4.

After a weird look from the cashier, he removed the security labels from the games and sent me on my merry way with a bag full of sealed games I spent under $30 for. I brought them home with me, and traded them into GameStop one by one every time I went, getting approximately $7 per copy in store credit. I traded in such a high volume of copies, I was banned from trading in games to GameStop! Fortunately, it’s a system-issued temporary ban to prevent people from loading off stolen goods. I just traded in my last copy last weekend when they were doing a 50% bonus trade-in credit promotion, and got $10 in-store credit. I made something like $150 in store credit total off of $28 plus tax, and even though this will pale in comparison to some of answers to this question, I consider this a victory and it makes for a funny story to tell.

I saved several dollars that way.

08. By accident I found a gumball machine in which if you turned the dial really slow it would drop the gumball, then you could dial it back just enough so the next gumball would drop into the tumbler bits, then slowly dial forward again until it drops, etc. Got about 20 of them and stopped when I realized that I really didn’t want to chew that much cheap gum.

09. In the 80’s Chuck E Cheeses didn’t shred the tickets you get out of their games and use to buy toys, candy etc. My friends and I were biking one day behind a strip mall practicing our wheelies and jumps. We saw a worker throwing a garbage bag of tickets into the dumpster behind Chuck E Cheese. We grabbed it and then started circling back about once a week. Garbage bags and garbage bags full of tickets. We were doing so well, one of my friends parents got in on it. She would take the mini van behind there and have her kids load up. And this is why tickets are now shredded.

I think I still have a huge stockpile of Frisbees and stuffed animals in my parent’s attic somewhere.

10. I guess this is Kind of a loophole. One of my proudest moments none the less. In the final semester of my senior year in high school I decided to take a class called Physics II. I liked the first physics class I took. I thought that this would be a fun class to go out on. WRONG. It was basically AP physics. I was in WAY over my head. It’s not that I wasn’t trying, it’s that physics just wasn’t a subject I could easily understand.

I failed a lot of tests. At the end of the semester I had a D- going into the final. I’m freaking out at this point thinking that my college acceptance is going to be pulled.

Our final project is about buoyancy. The task is to build a boat that could support you and your partner out of nothing but cardboard, glue and 20′ of duct tape. If you could paddle to the end of a pool and back with you and your partner in the boat, you get an A on that aspect of the project. Great!

Then my teacher made the mistake of offering an extra incentive. For every length of the pool you could go beyond that without sinking, you’d get 40 extra credit points. Extra credit was my only hope. We went out and found the sturdiest cardboard we could find. We carefully folded, glued and cut the cardboard into a canoe type of boat. It looked great.

The day finally came. The entire class brought their boats out and we started. Most people made it to the end of the pool before their boats started to disintegrate. One group made it back and forth 13 times before they sank. Whoa!

We were the very last team. We go in and start paddling. We make it to the end paddle back. Then out and back again. And again. And again. We crossed the pool SIXTY TIMES before our teacher made us stop. We did not sink. We both earned 2,400 extra credit points. I went from a D- to an A on the very last final I ever had in high school.

True story and one of my greatest days.