We asked our regular contributors through e-mail, What’s your favorite fact about space? We got many interesting response. Here are some of them. We have just copied and pasted their responses, not editing them in any way and most of the respondents have requested to stay anonymous, so no names will be published. 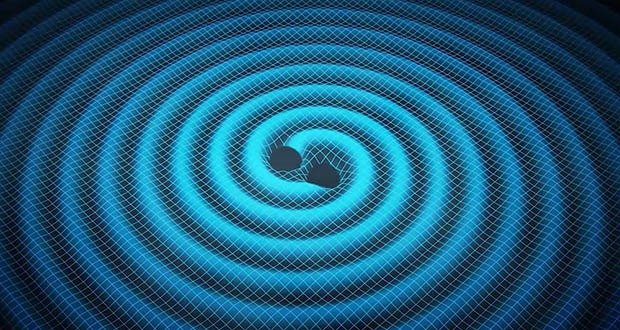 01. Astronomer here! You remember the big discovery of gravitational waves earlier this year? It was also the first real direct observation of black holes and what’s crazier, it was two black holes that crashed into each other! And what had to happen for these two black holes to send off those gravitational waves for us to detect is more and more insane the more I learn about it.
First, physics determines that in their final seconds, these two black holes (which were about 36 and 29 times more massive than the sun, respectively) were spiraling around each other, faster and faster. In fact, just before the collision, they would have been orbiting each other 75 times a second, spaced just a few kilometers apart. Neutron stars spin that fast, sure, but they are tiny compared to such a system!
Second, when these two black holes collided, the new resulting black hole would have been 62 solar masses. The astute will add the two previous numbers together and point out there are three solar masses missing and you are right, because three suns worth of material vaporized during the collision. You know Einstein’s famous E= mc2, right? Energy equals mass times the speed of light squared. Take three solar masses worth of mass, multiply it by the speed of light squared… and that is a lot of energy. As in, more energy than was released by the rest of the visible universe at that moment!
To really drive home how much energy this collision contained, think of it this way. The Death Star from Star Wars is a child’s toy compared to what went down. People flipped out because one Earth-sized planet could be destroyed and the Earth is over 300,000 times less massive than the sun. Multiply that by three.
I, for one, can’t wait to hear what LIGO discovers next if this was their initial discovery!

Which of the following would be brighter, in terms of the amount of energy delivered to your retina:

· A supernova, seen from as far away as the Sun is from the Earth, or

· The detonation of a hydrogen bomb pressed against your eyeball?

04. A neutron star is so dense that if you dropped a gummy bear from one meter above, it would hit the surface in a nanosecond at around 7,000,000 km/h with the force of 1,000 nuclear bombs.

05. Starquakes on magnetically active neutron stars are among the most violent events in the known universe, making even a supernova look like a firecracker. Shifting the crust just a micrometer will cause a quake of 20+ on the Richter scale (Biggest quakes on Earth are 9.2-9.4; a magnitude 15 would rip the planet apart, literally). Logarithmic scales make that sound a lot less impressive than it really is. 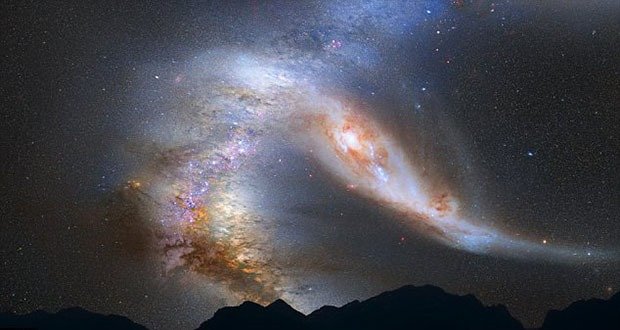 06. Our galaxy, the Milky Way, and the Andromeda Galaxy are moving towards each other. They are scheduled to collide in a few billion years. This may seem scary, but the space between planets and stars is so vast that there is pretty much no chance that anything will collide with anything else. “Based on current calculations they predict a 50% chance that in a merged galaxy, the Solar System will be swept out three times farther from the galactic core than its current distance. They also predict a 12% chance that the Solar System will be ejected from the new galaxy sometime during the collision. Such an event would have no adverse effect on the system and the chances of any sort of disturbance to the Sun or planets themselves may be remote.” Article here

07. Human skin is capable of protecting you from the vacuum of space just fine, as long as there’s mesh in place to keep your flesh from bulging. There was even a space suit designed around it. It doesn’t even attempt to be air-tight except for the head, of course.

08. There is a planet 63 light years away from us called HD 189733b that has an earth like blue hue to it. Except it is not from vast oceans, but rather from an atmosphere of high clouds containing silicate particles, 2000 degree Fahrenheit daytime temperatures and 4500 mile per hour winds. Meaning that it is entirely possible that if the silicate particles were to condense at that heat, it would rain glass on that planet…sideways.

09. Red dwarf stars are fully convective, meaning that the helium is mixed around the star, instead of going straight to the core. This means that they can live for over a trillion years, compared to the Sun’s lifespan of 10 billion years.

10. It takes more fuel to go from the surface of Earth to space than from earth orbit to out of the solar system.

AskReaders: What are the best computer hackers able to do right now that most people are unaware of?