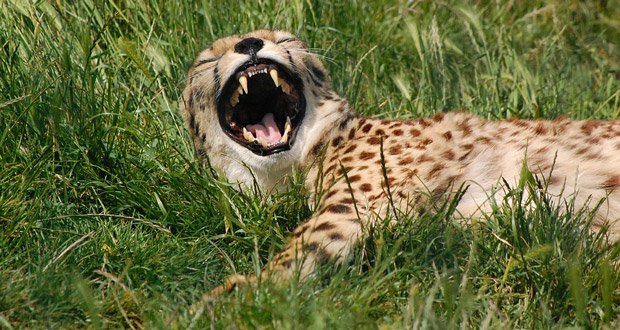 1. Cheetahs cannot roar but instead meow like house cats. – Source

2. Zoos around the world are raising cheetah kittens with puppy companions to help the cheetahs deal with excess energy, learn social cues, and combat stress. – Source

3. Cheetahs were almost wiped out by the last ice-age, and all modern cheetahs are descended from a small portion of the surviving cats that interbred to maintain their species. Because of this, cheetahs are practically genetic clones of one another. – Source

4. The average Cheetah’s stride when it is running full speed is around 21 feet in length. – Source

5. A cheetah named Sarah holds the record for the fastest 100-meter sprint in the world with 5.95 seconds. – Source 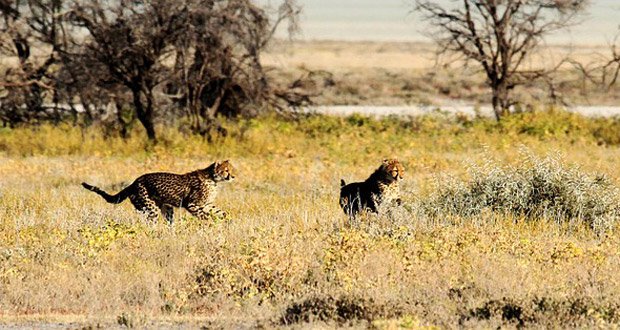 6. At full sprint, a cheetah spends more time flying than in contact with the ground. – Source

7. Ancient people in the Middle East and India tamed Cheetahs and trained them to ride horses. – Source

8. The extinct American cheetah could be the reason pronghorns run so fast today. – Source

9. Cheetahs can only run for ~30 seconds before their brain overheats and shuts down. – Source

10. The Maharajah of Surguja who holds a record for shooting 1360 Tigers, shot down the last 3 cheetahs in India, which is the only animal in recorded history to become extinct from India due to unnatural causes. – Source 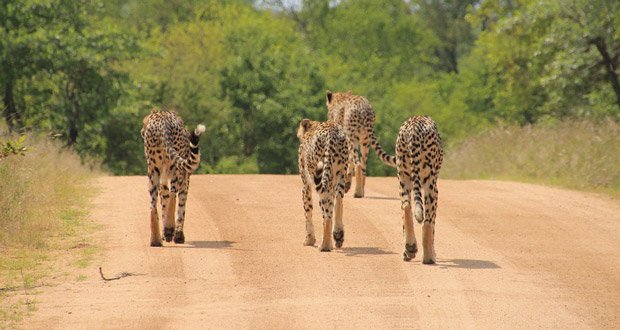 12. There is a subspecies of Cheetah known as “Asiatic Cheetahs” that resides in Iran and its numbers are rising. – Source

13. Some cheetahs have a rare genetic mutation that causes their coats to be more boldly patterned with big dark stripes and splotches. These cheetahs are called “king cheetahs”. – Source

14. While most scientists experiment on animals before humans, David Wildt did the opposite by applying reproductive techniques used on humans, like artificial insemination, to breed and help save endangered Cheetahs. – Source

15. It is possible for a human to outrun a cheetah with only a 343m head start. – Source 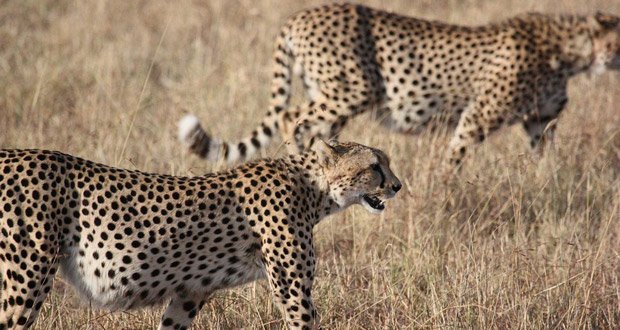 17. Male cheetah’s mark their territory by standing near a raised object, raising their tail, and pointing their penis either horizontally backward or 60° upwards to urinate on the object. – Source