26. Detroit is the only domestic U.S. city to have been occupied by federal troops three times. – Source

27. The largest Satanic temple in America is in Detroit. – Source

28. The motto of the city of Detroit is: “We Hope For Better Things; It Shall Rise From the Ashes”. – Source

29. Detroit was once called “Paris of the West” due to its architecture. – Source

30. The second oldest continuously operating Roman Catholic parish in the U.S. was founded in 1701, in Detroit. – Source 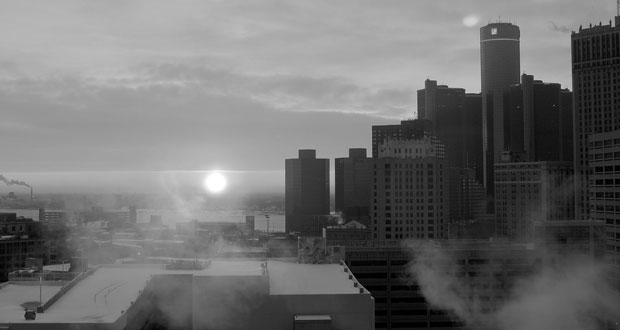 31. Detroit was first a French city and was named for ‘le Detroit de lac Erie’ or the strait of Lake Erie. It was originally pronounced, ‘dey-twah’. – Source

32. There is a bar in Detroit that has a weekly dwarf tossing contest. Clad in a helmet, a dwarf gets tossed onto air mattresses. While the act has been banned in Florida and New York, it is still legal in Michigan. – Source

33. There’s a Detroit company called “Extreme Kidnapping” where people pay up to $1500 to get tied up and kidnapped for fun. – Source

35. In 1910, the city of Detroit had blueprints and plans to build a subway and rail system to rival New York City’s or Chicago’s. – Source