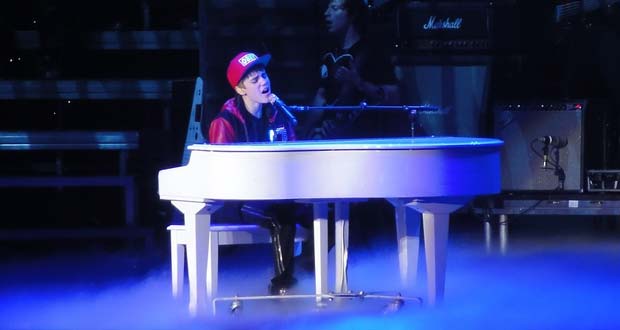 1. Justin Bieber is banned from China in order to ‘purify’ the nation. – Source

2. A Chicago High School, as a fundraiser, played Justin Bieber’s “Baby” between classes and had students pay to stop it. The campaign raised $1,000 in 3 days. – Source

3. Keyshawn Johnson chased down Justin Bieber for speeding through their gated community in a Ferrari. – Source

4. When Justin Bieber first heard ‘Call Me Maybe’ on Canadian Radio he referred Carly Rae Jepson to his manager which allowed her to procure an American recording deal and access to worldwide distribution. Thus, the song to this date has sold between 10-15 million copies worldwide. – Source

5. Justin Bieber’s mom almost passed up the opportunity for him to record his first album because the agent that discovered him was Jewish. She said “God, I gave him to you. You could send me a Christian man, a Christian label! God, you don’t want this Jewish kid to be Justin’s man, do you?” – Source

6. Ed Sheeran wrote “Love Yourself” but decided it wouldn’t fit his album, so he gave it to Justin Bieber. – Source

7. Justin Bieber has only taken part in writing 4/23 tracks from his two released albums “My World 2.0” and “Believe”. – Source

8. Justin Bieber has the 6 lowest documentaries on IMDB (that have 400 votes or more). – Source

9. The celebrity that holds the record for most wishes granted by a recording artist is Justin Bieber. – Source

10. Justin Bieber invested in Spotify, but Spotify refuses to discuss it. – Source

11. An analysis of Justin Bieber’s Twitter followers found that around 50 percent of them are probably fake. The criteria for determining if an account was fake included whether it was used to tweet phrases such as “diet,” “make money” and “work from home.” – Source

12. Justin Bieber’s mom was pressured to get an abortion while pregnant with him. – Source

13. The music of the Slo-Mo drug scene in Dredd is a Justin Bieber song slowed 800 times. – Source

14. Justin Bieber’s first album, My World is not his first studio album, but his first Extended Play. – Source

15. Justin Bieber delayed the start of his Jan. 7, 2013 concert in Salt Lake City, Utah, because he was visiting a 7-year-old girl with leukemia in the hospital. – Source

July 21, 2017
Latest Posts
Subscribe to Blog via Email
Did you know?
Loading...
Facts of the Day
Registration is disabled.