Here are 9 Interesting Facts About Maggots. 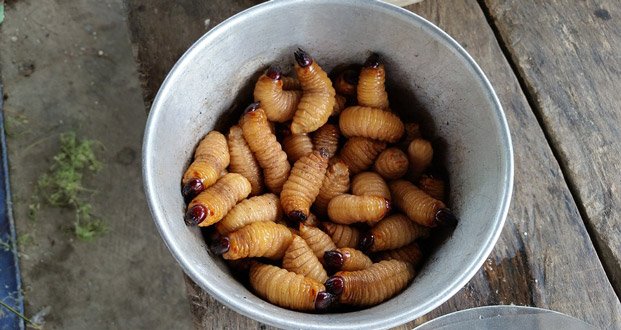 1. In 1668, Italian scientist Francesco Redi proved that maggots come from the eggs of flies. At the time, the prevailing wisdom was that maggots arose spontaneously from rotting meat. – Source

3. Maggot therapy is still used in the United States and is considered a prescription-only medical device by the FDA. – Source

4. Maggots from corpses can be drug- and DNA-tested to see if the victim was poisoned or place a body at a scene. – Source

5.  Darwin’s Finches are being attached by maggots that take up temporary residence in a chick’s nostril and dine until morning where they then squirm back into the entwined twigs where they wait until night comes again. – Source

6. The maggots in Casu Marzu cheese can jump up distances up to 15 centimeters when disturbed, so diners hold their hands above the bread that the cheese is spread upon to prevent the maggots from leaping away. – Source

7. James Cameron was able to figure out a way to get maggots to wiggle on cue by developing a metal plate onto which the maggots were placed, then ran an electric current through the plate whenever filming began, causing the maggots to move energetically about. – Source

8. In New Zealand, you can see maggots that shoot light out of their buttocks! – Source

9. On average an individual probably ingests about one to two pounds of flies, maggots and other bugs each year without even knowing it. – Source

What is something you did that increased your quality of life so much that you wished you would have done it much sooner because it changed your life forever?