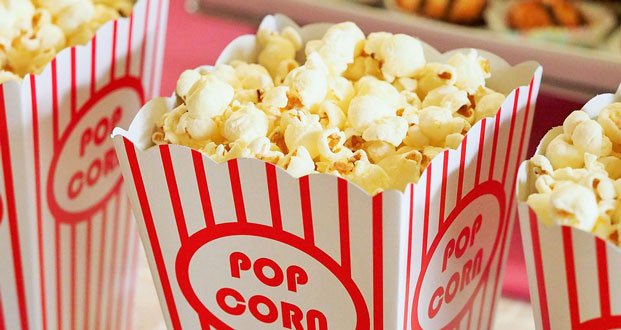 2. Popcorn was banned from movie theaters in the 1920’s because of the noise it made while eating it. – Source

3. Popcorn became popular during the Great Depression because it was fairly inexpensive. – Source

4. There are popcorn hammers which heat popcorn in a pressure vessel so that it can’t pop until it is released, at which point all kernels pop simultaneously. – Source 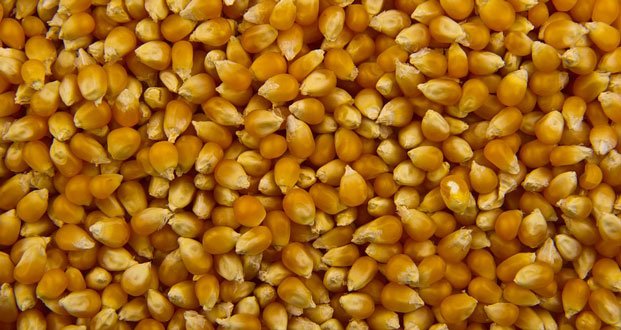 6. The inside of a popcorn kernel becomes a gel right before it pops. The popcorn shape is due to the rapid cooling of this gel. – Source

7. Butter flavoring in microwave popcorn commonly contains a chemical called diacetyl. Despite evidence that suggests inhalation may be harmful or even fatal, the FDA recognizes the chemical as perfectly safe. – Source

8. Huge amounts of popcorn are used to simulate oil spills without affecting the environment. – Source

9. Popcorn was once sweetened and eaten as a breakfast cereal in the United States. – Source 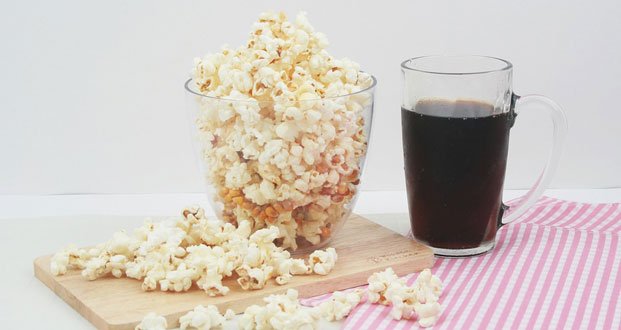 11. A medium popcorn & soda combo is the nutritional equivalent of eating three-Quarter Pounders with 12 pats of butter. – Source

12. The first food deliberately cooked in a microwave was popcorn. – Source

13. The first corn domesticated by the ancient people of Central America was popcorn. – Source

14. In 2011, in Latvia, a man shot another man dead in a movie theater for eating his popcorn too loudly. – Source