Here are 13 Interesting Facts About Tarantula. 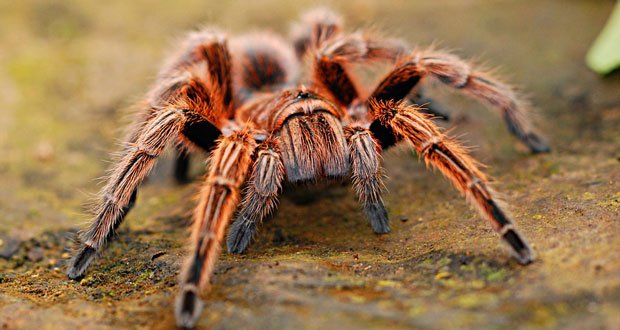 1. Tarantulas lack leg extending muscles and rely on the blood pressure spike from a heartbeat to reinflate the leg back to its extended position. This is why they curl up when they die. – Source

2. The gigantic, hairy “Goliath birdeater” tarantula spider is entirely harmless and passive toward humans and their bite would hardly compare to the sting of a wasp. – Source

3. A NASA scientist conducted a tongue-in-cheek experiment to see what animals drivers are more likely to hit, he placed rubber fakes on the side of the road and found that 6% of drivers intentionally swerve to hit them, tarantulas being hit the most. – Source

4. Giant tarantulas keep tiny frogs as symbiosis. Insects will eat the burrowing tarantulas’ eggs so the spiders protect the frogs from predators, and in return, the frogs eat the insects. – Source 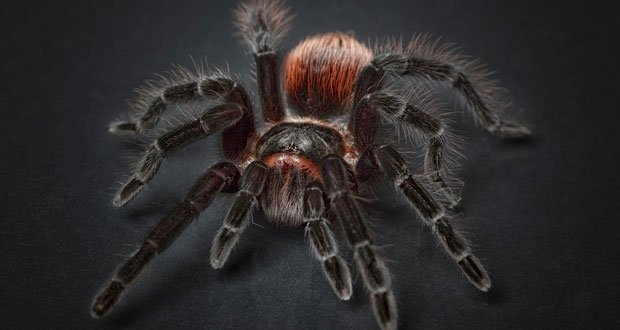 6. There is an Annual Tarantula Exhibition, where participants are judged much like dogs in a dog show. Participants are judged on shiny coats, correct proportions, an active demeanor, and proper stance. In 2014, the event was attended by more than 30,000 tarantulas and their keepers. – Source

7. A species of tarantula was named after Johnny Cash because it was found near Folsom Prison in California. – Source

8. Tarantulas fling their needlelike hair at predators as a defensive mechanism. These hair can not only get inside the skin but are also known for entering eye sockets and digestive systems where they can cause major problems. – Source

9. There is a species of tarantula in Australia known to make a whistling or barking noise. – Source

10. Seven new kinds of tarantula were discovered at over 4500m above sea level in South America. – Source

11. Poecilotheria Metallica is an endangered species of tarantula. – Source

12. There is a fungus that transforms tarantulas into fungus. – Source

13. Cooked tarantula spiders are considered a delicacy in Cambodia. – Source