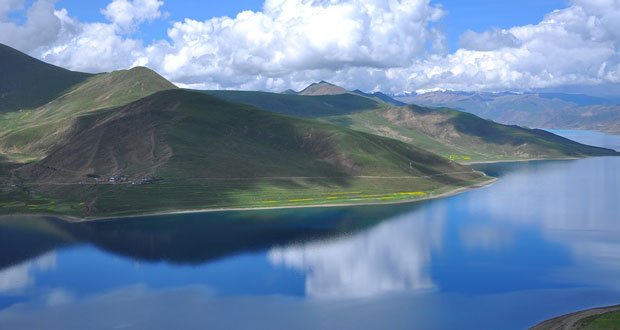 1. 46% of the world’s population depends upon rivers originating in Tibet. – Source

2. There are no KFCs in Tibet in part because the Dalai Lama wrote them a letter explaining how the mass slaughter of chickens violated Tibet’s traditional values. – Source

3. Football Manager 2005 was banned in China for recognizing Tibet as an independent country. – Source

4. Tibetans practice “sky burials” where bodies are chopped up and left to be picked clean by vultures ‘who take the dead to Heaven’. – Source

5. Runways have to be longer at higher altitudes. The worlds longest runway is 18,045 feet long, located at a tiny airport in Tibet. – Source 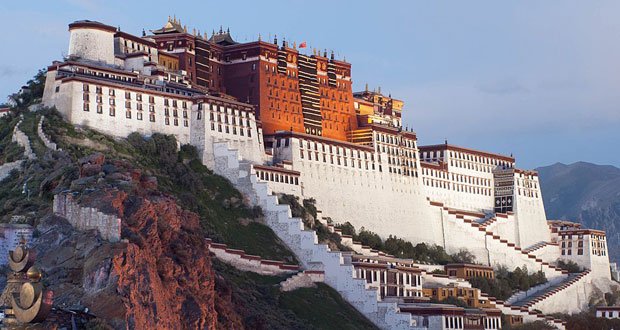 6. Potala Palace in Tibet has been the official residence of the Dalai Lama’s since the 7th century until 1959. The palace is the highest in the world and visitors are asked to acclimatize themselves before entering, as they are not allowed to take oxygen supplies into the palace for fear of fire. – Source

7. Tibetans living at >4200m altitude have more than double the blood flow compared to people living at sea level, as a result of the low pressure at these altitudes. – Source

8. The British used Pundits to explore Tibet in the 1800s. Disguised as religious pilgrims, these Indian men were trained to walk precisely 2,000 steps per mile and mapped much of the area for the British while skirting the bans placed on westerners. – Source

9. There is a railway connecting Tibet to the rest of China. It reaches the highest point of 5,072 m (16,640 feet). The steep climb and high elevation means that an oxygen supply is given to each passenger and a doctor must be present. An elderly passenger with heart issues died on the train in 2006. – Source

10. Pugs originated in Tibet and were brought as presents to the ladies of sailors as presents and went by the name “Little Turks.” – Source 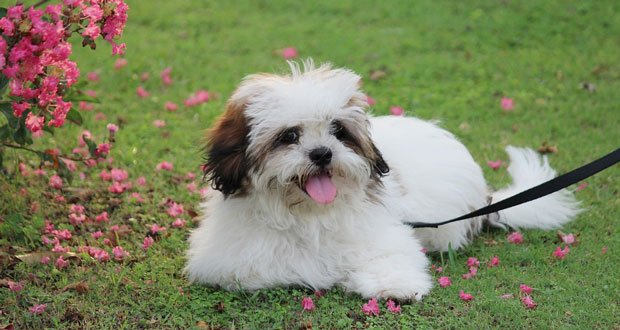 11. The Lhasa Apso dog was domesticated and bred as long ago as 800 BC in Tibet as indoor monastery sentinel dogs. The first pair was first brought to America in 1933 as a gift from the 13th Dalai Lama. – Source

12. There is a mountain in Tibet that has never been climbed, despite several plans to do so. Locals say of Mt Kailash that a climber would have to “turn himself into a bird and fly to the summit.” – Source

14. In Tibet, arranged marriage traditionally consisted of a single wife shared equally between multiple brothers of a household. – Source

15. There is an uncommon tradition in Tibet that involves eating the brain directly from the skull of a still-living monkey. – Source 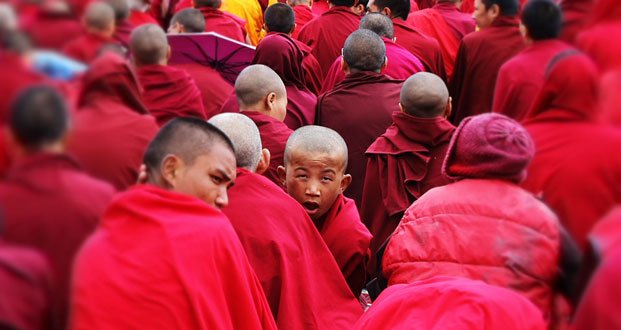 16. If there is more than one candidate during the selection of the next Dalai Lama, the Minister of Tibet will pick a name out of an urn. – Source

17. The first Europeans to arrive in Tibet were the Portuguese missionaries António de Andrade and Manuel Marques in 1624. They were welcomed by the King and Queen of Guge and were allowed to build a church and to introduce Christian belief. All missionaries were expelled in 1745. – Source

18. Part of one of the “Silk Road” routes went through Tibet. – Source

19. The flying lamas have been witnessed in Tibet. – Source

20. Tibet invaded China in an attempt to seize land in 1930, during a period of de facto Tibetan independence. – Source

AskReaders: If you could select one game and every time anyone in the world starts playing it $1 is added to your bank account, which game would you pick to become the richest?